Has the administration found a way around conservative legal victories, or run afoul again? 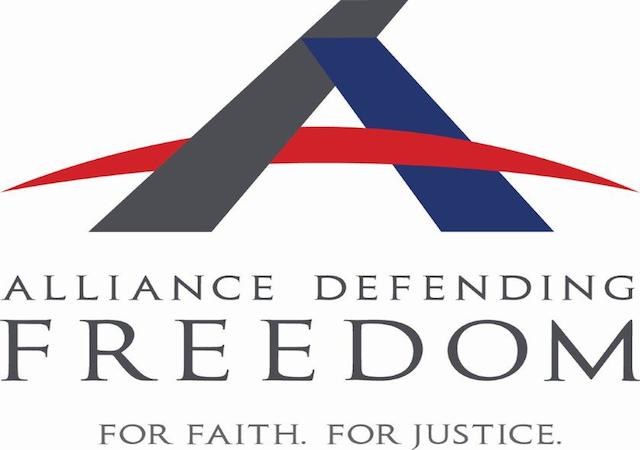 Under the rule, the government would step in and cover the law’s contraception requirements in instances where employers announce their religious objections in writing. The organizations would not have to play any direct role in providing for contraceptive coverage to which they object, according to sources familiar with the rule.

The rule had not formally been issued as of Friday afternoon.

The fix is in line with a suggestion put forth by Supreme Court Justice Anthony Kennedy in the high court ruling against the mandate in the case known as Hobby Lobby v. Burwell.

The new rule is posted in detail on the Centers for Medicare and Medicaid Services website:

Under the interim final regulations, an eligible organization may notify the Department of Health and Human Services (HHS) in writing of its religious objection to contraception coverage. HHS will then notify the insurer for an insured health plan, or the Department of Labor will notify the TPA for a self-insured plan, that the organization objects to providing contraception coverage and that the insurer or TPA is responsible for providing enrollees in the health plan separate no-cost payments for contraceptive services for as long as they remain enrolled in the health plan.

The Administration has also published for comment proposed rules governing the way closely held corporations (like Hobby Lobby) will be required to interact with Obamacare’s contraception and preventative care regulations.

“The government should not force religious organizations, family businesses, or individuals to be complicit in providing abortion pills to their employees or students. We will consult with our clients to determine how the government’s actions affect their sincere objections to the mandate. Notably, the administration has failed to extend its existing religious exemption to the religious owners of family businesses and to religious non-profits other than churches. That would have been the best way of respecting freedom for everyone.”

And the left called Bush ‘lawless’ and ‘imperial’ ?

So now, Walmart, Microsoft, GM, and every other company in the country sends that letter, and the Fed will pay insurance companies for ‘free contraception for all’ ?

And it will be FREE !!!!! Except that it will b paid for by your taxes.

Or does someone pretend the insurance companies will ‘eat it’ ???? Yah, right.

Agree completely, and the Wal-Mart Sam Walton ran would have taken the freebie in a minute.

But today’s Wal-Mart is a public company with different management, and it and many or most companies worry about declaring a “deeply held religious belief” that relieves them of the obligation, which is one of many O-care requirements that is ridiculous on its face.

The waivers and delaying of the employer mandate have ensured there is just no way for the system to meet its cost requirements. We either fork up major bucks – more than Medicare and Medicaid now – or it goes under a sea of red ink.

Human rights is a controversial prospect for this administration. Even Clinton acknowledged that elective abortion should be safe and rare. Presumably because he did not adhere to the unequivocally false myth of spontaneous conception. Obama may actually believe that life is a “burden”, or that fitness is in a ruling minority’s domain.

In other words, all taxpayers will now pay for abortions and abortifacients – in direct contradiction to what has always been federal law? Because we all know that the federal government gets its funding from taxpayer dollars.

How is this different from their lame “get a note” suggestion earlier?

Honestly, the schools who issued these people’s law licenses should be ashamed of themselves.

That’s actually a very good point. How is ANY of this going to comport with the “Hyde’ amendment routinely attached to appropriations bills or the Executive Order signed by Obama in the wake of Obamacare (aka the Affordable Care Act) March 24, 2010 affirming that the Hyde Amendment would extend to the new bill in order to secure Democrat Rep. Bart Stupak’s (MI) vote.

I wonder if next we’re going to have a fight about what constitutes an ‘abortion.’

Really great point here, this would be a direct violation of the Stupak-Pitts amendment wouldn’t it? The ACA itself prevents the government from covering this, not to mention that this amendment was a democrat concession to get the ACA was passed in the first place. It’s a big issue if congress starts agreeing on terms that barely get a bill to pass, then the executive just ignites those terms.

Stupak-Pitts didn’t survive the Merger. It was part of the House passed bill, but wasn’t included when the Senate bill was forced through by stripping the prior House bill and inserting the Senate only language (all unconstitutionally, I might add).

It was rammed through with questionable tactics, but it certainly was not “unconstitutional.” The Senate makes its own rules and its Parliamentarian signed off on treating the House bill as a revenue bill because the individual mandate was a tax, making the reconciliation bill not subject to filibuster.

It went to conference and was subsequently passed by both House and Senate without a single Republican vote.

There is no constitutional question about the passage, despite the parlor arguments.

Even a broken clock is right on occasion; so if in fact the Obama administration has found a way to expand the use of contraceptives in the US, and/or abortive devices or medicine that stops unwanted pregnancies in the first 3 months, I applaud them.

Now if we can only stop tax exemptions to religious organizations and corporations, and especially churches and mosques and synagogs, the nation would be a better, saner place.

In other news of Great Obama Failures:

A special question on the impact of Obamacare on businesses in the August Philly Fed Manufacturing Survey shows the stunning failure of Obamacare.

“the department would then contact insurance companies and arrange the birth control coverage at no cost to the employer or its employees.”

And by what Congressional budget allocation legislation authority does Obama have to pay insurance companies directly for services not covered by policies of a private purchaser? Oh right. None necessary. Obama now runs the country without having to involve Congress any more. We now live under a full blown dictatorship.

I get why the Left uses abortion/contraception as a political weapon against Conservatives and/or the religious. But as a matter of policy, constitutional law, and statute, they know forcing taxpayers to provide free contraception is bad all-the-way-around. Or I’d hope they know.

Then again, as a conservative, I think about these things logically. My only explanation is (like other examples such as the Rick Perry indictment) nothing more than “Lawfare” against conservatives and Christians.

They don’t care about good government anymore. Government to them is a cudgel to use against their political opponents.

While I understand the religious exemption for certain organizations but what about the individual’s rights? While can an individual not have the right to not pay for the killing of the unborn? Have we all forgotten our founding documents were written to protect and defend the rights of individual Americans?

The ‘killing of the unborn?’

How about the disenfranchising of the religious conservative undead? (has the ring of a melodramatic 1930 Boris Karloff movie 🙂 )

It makes perfect sense, as the obvious observation can be made that as far as actual conservative fiscal thought is concerned they’re brain dead already.

That’s what happens to your thought processes when you let irrational beliefs in an Invisible Entity cloud your logical judgment. True fiscal conservatives are IN FAVOR of free birth control, because for every penny spent on it, hundreds of thousands will be saved in the future.

The major recipients of that birth control hand-out would be members of the underclass, like the protestors-rioters in Furgussen, and the unending flow of illegal trespassers across our southern border. Any idea how many hundreds of thousands of dollars we’d save in future welfare entitlements for every aborted zygot, for every interrupted sperm cell?

The religious conservative nitwit right with their superstitious-based rationalizations will cost us billions of dollars in the future. Between them and the equally idiotic politically correct right, is it any wonder the country’s so screwed up!

politically correct ‘left’ that should read.

A pox on both their houses.

So rather than follow the law (amazing concept, that), the President just handwaves another exception which would then have to be challenged in court, taken up the chain, and eventually squelched in the SCOTUS. At which point he will wave his hands again…