What will be America’s reaction to murder of three Israeli teens?

What will be America’s reaction to murder of three Israeli teens?

A nod is as good as a wink to a blind foreign policy. 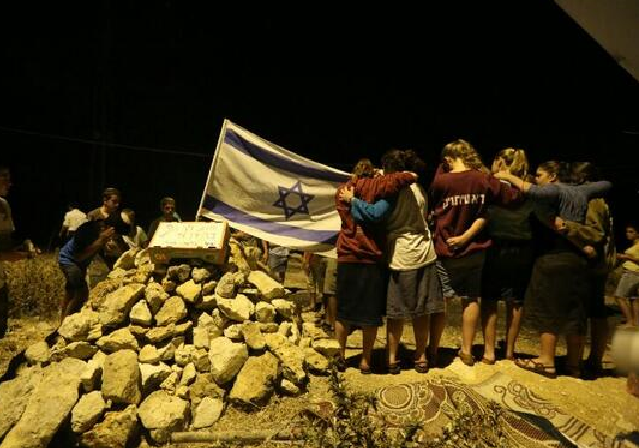 What will be America’s reaction to the killing of the three kidnapped Israeli teenagers?

We already know Obama’s reaction: the mouthing of platitudes, urging restraint, and a plea for both sides to work together to find the perpetrators. Yes, you heard that right:

The political context is as follows:

The disappearances set off an uproar in Israel and deeply aggravated the already strained relations between Israel and the Palestinian Authority, which had just taken steps to form a unity government backed by Hamas, the militant group that controls the Gaza Strip. Israeli officials, who have rejected that government, have identified two Palestinians from Hebron they say are affiliated with Hamas as prime suspects. Hamas did not take responsibility, but praised the abductions.

Let that sink in: Hamas praised the abductions. We give the Palestinian Authority aid, and a unity government means Hamas gets that aid unless unless we cut the assistance off, which Congress had threatened to do even before the kidnapping if Hamas joined the government. There is a newer resolution to that effect going through the legislative process in the House, which has a lot of support. However:

Lowey sources explained that the White House now controls the current year’s appropriation, which is transferred in tranches. There is little possibility that will be stopped, they say. It is the new 2014-2015 appropriation that is under review. Even if the funding cut is successful in the House, a similar measure must pass in the Senate.

Ah yes, what does President Obama think of it all? He sings a different tune, as you might expect. Reading the following, it’s hard not to conclude that if the House passes the resolution Harry Reid will never bring it to a vote in the Senate. The chances seem close to zero because his aim is to avoid embarrassing Democratic senators. They would either have to vote for it and defy Obama (unlikely most would do that) or block it and enrage most of the American public—those who manage to hear about it, that is [from June 3, 2014]:

The Obama administration sought Tuesday to bridge a rift with Israel over the willingness of the United States to recognize and fund a new Palestinian government affiliated with the militant group Hamas, arguing that the new government deserves a chance to succeed.

State Department spokeswoman Marie Harf read a lengthy statement defending the U.S. position even before reporters could ask her about harsh criticism from Israeli officials.

She stressed that the announced lineup of ministers includes none who are members of the militant Palestinian group that has advocated Israel’s destruction. The new coalition reunites the moderate Fatah faction — which has held peace talks with Israel — with Hamas.

Who actually believes that this means what the administration says it does?

Dore Gold, a former Israeli ambassador to the United Nations and Netanyahu adviser, said at the time:

…any international move that legitimizes Hamas is a dangerous mistake.

“I don’t think that people in Washington understand the depth of Israel’s disappointment over the decision to support this government,” Gold said.

“Hamas isn’t just a terror organization. Hamas is not just fundamentally against peace and against Israel’s right to exist. Hamas is an organization that has adopted an agenda to annihilate Jews.”

I don’t think Dore Gold understands that those “people in Washington” (i.e. Obama and his administration) understand that only too well.

So does Hamas. They don’t seem too frightened about the possibility of an aid cuttoff, do they? Recall, also, that one of the murdered teenagers was a citizen of both Israel and the United States.

Now that Obama has mouthed some “concern” he will probably move on. Israel will almost certainly retaliate against Hamas in some way, although it’s hard to see what good that will do, especially now that under Obama the US appears to have joined the nations of the world who wink at Palestinian terrorism.

[“I don’t think that people in Washington understand the depth of Israel’s disappointment over the decision to support this government,” Gold said.]

I don’t think that Gold understands that, to this administration, the depth of Israel’s disappointment is a feature, not a bug.

May the Lord give President Obama exactly what he deserves.

Why is anyone surprised by Barack HUSSEIN 0bama’s response? To this event, or any other?

Valerie Jarrett has been calling the shots – Huma was a close second . . . CAIR and the Muslim WH ‘advisors’ have a huge hand in policy . . .

Wake up, America – the country’s been hijacked and it’s dragging the world into a hellish nightmare.

Obama’s reaction will be to encourage Hamas to try harder next time.

Coddling Wahabism or ‘Restraint’ as Obama calls it, has indeed been the consistent character of his foreign policy. (i.e., Benghazi, the advent of Muslim brotherhood in the mid east, Iran nuclear talks, Syria’s red line, ISIS, etc.)

Conversely, Obama’s regime was also be remembered for blatantly violating his constitutional restraints in domestic policy. Obamacare being the most egregious of them.

Posted on FB based on the state department’s comments…

I guess if Obama was president in 2001 the response would be “we condemn this tragic act of some elements in Al Quida in no uncertain terms, but will continue to work with one another on that and we certainly would continue to urge that in spite of, obviously, the tragedy and the enormous pain on the ground as a resul.”

One of the teens was actually an American. Maybe we should take it personal.

It is an affront to America to fund Hamas, even indirectly. As I recall, either the original PA funding or some subsequent authorization specifically outlawed any of it going to the PA if they made a coalition with Hamas.

Hamas isn’t a political movement and doesn’t want to be, hence the terrible suffering in the areas they administer in Gaza, which would be far worse if not for a constant stream of humanitarian aid.

Hamas is a paramilitary terrorist group dedicated to the destruction of Israel and the killing of Jews everywhere. So they were formed and so they remain.

Obama is putting us on the side of evil.