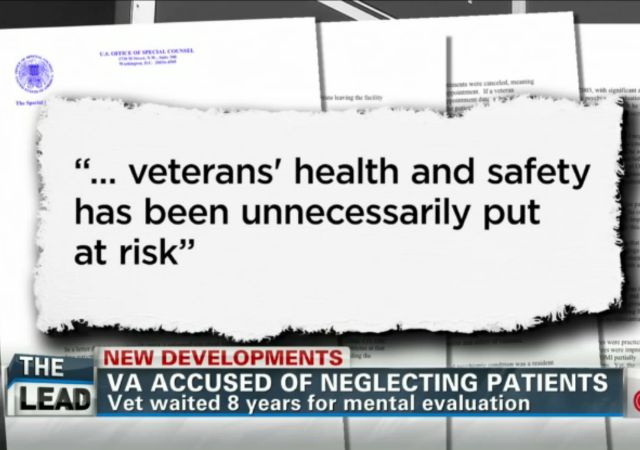 The head of the Office of the Medical Inspector for Veterans Affairs has retired, just over a week after a scathing letter and report criticized that office for failing to adequately respond to complaints from whistleblowers and downplaying the severity of problems at some VA facilities.

The chief medical inspector for the Department of Veterans Affairs has retired after an independent report found his office downplayed complaints about serious problems at VA hospitals and other health facilities.

Acting VA Secretary Sloan Gibson announced the retirement Wednesday of John Pierce, a doctor who had served as medical inspector since 2004.

It said deficiencies had been identified by whistleblowers but downplayed by the medical inspector and other top officials.

A letter and report sent to the White House last Monday by Carolyn Lerner of the Office of Special Counsel (OSC), an independent federal agency that investigates complaints from federal government whistleblowers, cited several examples in which the Office of the Medical Inspector (OMI) failed to acknowledge that some of the problems at a number of VA facilities had any impact on patient care. Lerner specifically called out and was highly critical of the response from the OMI to disclosures from whistleblowers.

“I remain concerned about the Department’s willingness to acknowledge and address the impact these problems may have on the health and safety of veterans,” Lerner wrote in the letter. “The VA, and particularly the VA’s Office of the Medical Inspector (OMI), has consistently used a “harmless error” defense, where the Department acknowledges problems but claims patient care is unaffected. This approach has prevented the VA from acknowledging the severity of systemic problems and from taking the necessary steps to provide quality care to veterans. As a result, veterans’ health and safety has been unnecessarily put at risk.”

Last week, the Department of Veterans Affairs also announced that two other agency officials were stepping down from their posts.

And earlier this week, President Obama announced former Procter & Gamble CEO Robert McDonald as his pick for VA Secretary. If confirmed, McDonald would replace Eric Shinseki, who resigned in late May.

The problems at the VA are entrenched in the culture. No one tried to change the culture, preferring to work within the culture and to protect the incompetence with denial. There was a deliberate and intentional intent to do harm to those the VA was commissioned to serve.

Now how do we go about ensuring he never collects a pension?

So this incompetent scrote gets to retire with TWO colossal pensions. He gets the Army retirement based on 30 years service. in a classic double-dip, he then works 10 years for the VA, adds 30 yrs military time, and gets a civil service retirement based on 40 years. this murderer is rolling in taxpayer dough.

yeah, that’s the part that infuriates me about these government hacks breaking the law and then “retiring” as if that is some big penalty. Most of them go right around the corner and pick up another cush job as a useless bureaucrat at some other agency and commence to double (or triple) dipping off our tax dollars.

this cannot be fixed. You can improve it around the margins, but you will NEVER fix it.

BIG GOVERNMENT RUINS. Markets provide choices, efficiency, innovation, and information flows back and forth. If you are a market-player and ignore your customers, you just die (economically).

IF you are a BIG GOVERNMENT player and you KILL your customers, as we see you simply retire. With full benefits.