The Skewed Middle Eastern Moral Equivalence of the NY Times

The Skewed Middle Eastern Moral Equivalence of the NY Times

The Times ignores the pervasiveness and acceptance of Palestinian incitement 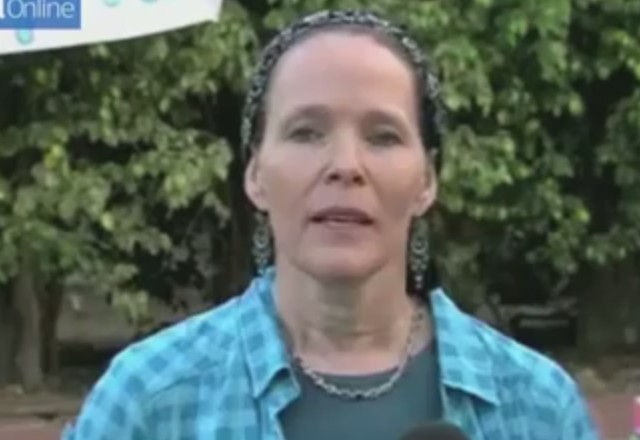 The New York Times, in the past week, has twice drawn a false moral equivalence between Israeli society and Palestinian society.

The two events exposed the extent to which parts of each side have dehumanized the other. After the kidnapping of the three Israeli teenagers last month, messages posted on social networks by Palestinians celebrated the capture of “three Shalits,” in reference to Gilad Shalit, the Israeli soldier held captive by Hamas militants in Gaza, who was eventually released in exchange for 1,027 prisoners.
A 17-year-old created the Facebook group calling for revenge for the kidnapping of the three Israelis, and an Israeli blogger, Ami Kaufman, pointed to a photograph submitted to the Facebook group by two smiling
girls who held a sign reading, “Hating Arabs is not racism, it’s values!”

This was a sentiment repeated in an editorial in today’s New York Times, Four Horrific Killings:

On Sunday, Prime Minister Benjamin Netanyahu of Israel, after days of near silence, condemned that killing and promised that anyone found guilty would “face the full weight of the law.” Israeli officials said the murder seemed to be a revenge attack for the killing of the three Israeli teenagers. In the sweep to find those teenagers, six Palestinians were killed in confrontations with Israeli forces and about 400 Palestinians were arrested, many of them affiliated with Hamas, which Israel accused of the murders. The Palestinian president, Mahmoud Abbas, also after a delay, denounced the abductions and vowed to help catch the kidnappers. Two suspects said to have ties to Hamas have since been arrested.

According both to a news story and an editorial, both sides “dehumanize” the other. Really?

As far as the specifics of dehumanizing; yes there are elements in Israeli society that dehumanize Palestinians. But the reaction to the killing of Abu Khdeir has shown Israeli society’s rejection of such sentiments. As Prof Jacobson wrote previously, “Every society has its murderers. How the societies react is the true test of morality.” Kershner mentioned the “3 Shalits” campaign and the editorial mentions generally “Palestinians have been fully guilty of hateful speech against Jews,” without specific examples and without giving any sense of its scope.

Shortly after the kidnapping the IDF Blog noted:

Upon hearing of the abduction, Palestinians handed out candy in the streets and posted messages lauding the incident on social media sites. On Friday, Palestinians initiated a Facebook campaign expressing support for the terrorist kidnapping. Dozens changed their Facebook profiles, posting pictures of three fingers meant to represent the abducted teens. Meanwhile, comics featuring slogans such as #Three_”GiladShalits” and “Hebron_Uprising” began spreading over the internet.

This occurred in an environment where the official media celebrated the kidnappings.

One cartoon Fatah posted presented the three kidnapped Israeli teens as mice caught on three hooks on a fishing rod:

Another visual Fatah post referred to the three boys as “Three Shalits,” a reference to Israeli soldier Gilad Shalit who was kidnapped and held ransom for 5 years until Israel released 1,027 prisoners to free him.

“[H]ateful speech against Jews” is both pervasive and accepted in Palestinian society. The New York Times has reported on the research of Palestinian Media Watch showing the pervasiveness of official Palestinian incitement against Israel. It has also reported on the celebrations held for the release of murderers with no sense of remorse. To be sure, in the former case, the Times helpfully explains that “the overheated language as a natural expression of such a long-running conflict, and say that any real education in the language of peace is unlikely to come before negotiators resolve the core issues.” (Incitement was something that the PA was obligated to address in the Wye Accords in 1998.) In the latter case the cheers were excuse because the terrorists “were viewed as political prisoners who had sacrificed for the cause and a potent symbol of resistance to Israeli occupation.”

The “3 Shalits” campaign did not occur in a vacuum; it was an extension of a ongoing campaign of hateful incitement against that makes reconciliation unlikely. (To be sure a number of  Israeli Arab mayors have stepped up to fight the violent demonstrations in contrast to national Israeli Arab politicians or Palestinian leaders.) On the other hand nearly all Israelis, right, left, religious or not, opposed the hatred led to the killing and the killing of Abu Khdeir.

If Eyal Yifrach, Gil-ad Shaar and Naftali Fraenkel had been killed and not Mohammad Abu Khdair, would we have seen a New York Times editorial, Three Horrific Killings? Who is dehumanizing whom?

Israeli Ambassador to the United States, Ron Dermer, used BuzzFeed to address some of omissions (which are so obvious as to suggest they are deliberate) of the editorial.

Additionally Prof Jacobson addressed a different issue of moral equivalence Anti-Israel Bloggers Assume that we hate like they hate – the are wrong Monday.

For Israel, hatred is a bug, not a feature.

For Muslims generally, but for Palestinians particularly, hatred is a feature. For many, it is all there is to life, as you can tell by how they live and die.

What ought to have pushed fence sitters over the line were the Facebook pictures showing little kids raising three fingers.

It is so not cool.

Weren’t *four* young Israelis murdered, not three? There were the three teenage boys and then the young woman murdered by her taxi driver.

From your quote:
This was a sentiment repeated in an editorial in today’s New York Times, Four Horrific Killings:

On Sunday, Prime Minister Benjamin Netanyahu of Israel, after days of near silence, condemned that killing and promised that anyone found guilty would “face the full weight of the law.”

There is the following Commentary post by Seth Mandel
http://www.commentarymagazine.com/2014/07/08/the-medias-make-believe-bibi/
in which he discloses the nonsense published by the NYT mentioning “Bibi’s wait” of several days before denouncing the killing of the Arab youth.

” And, yet, the author/s grossly erred: “On Sunday, Prime Minister Benjamin Netanyahu of Israel, after days of near silence, condemned that killing and promised that anyone found guilty would ‘face the full weight of the law.’”

Netanyahu did not remain silent for days concerning the murder of Muhammad Abu Khdeir. The Israeli prime minister spoke out against the killing of Abu Kheir (sic) from July 2, the very same day of the murder. As The Times’ own Isabel Kershner reported: “On Wednesday, after the body of the Palestinian teenager was found in the woods, the prime minister called on Israelis to obey the law, and asked investigators to quickly look into what he called ‘the abominable murder.’”

Netanyahu again denounced the murder Thursday, July 3 at the home of American Ambassador Daniel Shapiro during the July 4th celebration. ”

It should now be obvious that the NYT will in my estimation maliciously distort facts about Israel.

The Palestinians are a proxy for every liberal’s rage against his or her parents. The insolubility of the “Middle East Situation” is the direct result of this evergreen supply of support for the hapless death cult.