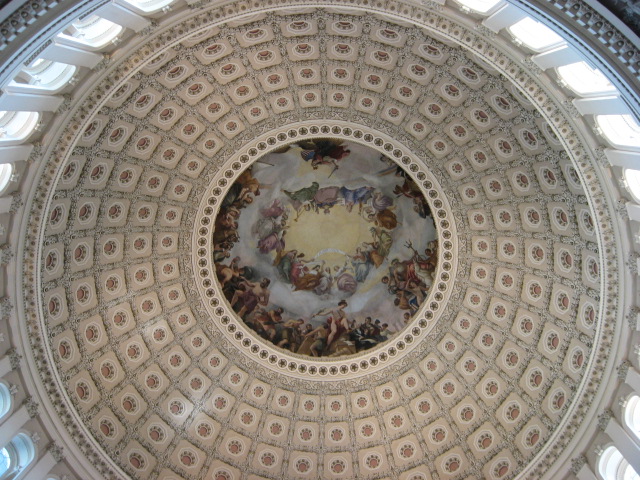 Today, the House initiated an effort to retaliate against President Obama for his failure to enforce the law. The Resolution, spearheaded by John Boehner (R-OH), would give the Speaker of the House the authority to bring legal action accusing the Administration of using Executive Orders as an end-run around Congress.

The nearly party-line vote Wednesday, 225 Republicans voting yes and 201 Democratic nays, illustrated the increasingly polarized climate on Capitol Hill as both parties used the pending federal suit as a rallying cry to their voting bases ahead of the November elections. Halfway across the continent Obama basked in the House’s GOP move, almost gloating at the prospect of being sued for the actions he has taken in the face of a historically high level of congressional gridlock.

“They’re going to sue me for taking executive actions to help people. So they’re mad I’m doing my job,” Obama said at an economics speech in Kansas City. “And by the way, I’ve told them I’d be happy to do with you. The only reason I’m doing it on my own is because you’re not doing anything.”

“We’re hopeful that the courts will see this as a constitutional crisis where we have the executive branch making decisions outside of their authority,” said Representative Rodgers, emphasizing the importance of maintaining the Constitutional separation of powers.

Earlier this year, the House of Representatives passed a bill by Representative Trey Gowdy (R-SC) that would make clear in the statutes governing Congressional action that the Speaker of the House may have standing to sue the Executive in federal court. House Republicans now believe that there is a course of action they can take that would involve asking the court to recognize the role of the House of Representatives in creating the laws that govern all Americans. If they can do this, they can truly fight back against Obama’s habit of using an Executive Order–which requires no Congressional approval–to create new laws and policies that have not passed or have not been considered by both chambers of Congress. This would be a huge blow to the Administration, and a big win for advocates of the Constitution–if it holds up.

What remains unclear is whether or not a federal court would find that the Speaker of the house actually does have standing to sue. In order to have standing, a plaintiff must show that he has been or will be directly and personally injured by the actions of the Obama Administration. It will be difficult to even present a theory of standing unless the House can back up the idea that they’ve created a new interest via federal statute, vested in the Speaker of the House, and that the interest has been injured by the actions of the President.

This is a tricky issue, because of both self-imposed and Constitutional limitations on the exercise of federal jurisdiction; it will be hard to show that the President’s actions have harmed the Congressional body itself, without assuming Speaker Boehner’s Constitutional argument–the controversy under review–is valid.

House and Senate Republicans have emphasized time and again that the President acts unilaterally to influence–and at times, rewrites–the law. On the conference call, Representative Jason Chaffetz (R-UT) seemed to indicate that this is indeed a matter of last resorts. “It shouldn’t be this way, but this is the way that the president has chosen to go,” Chaffetz said. “He’s even been so brazen to say, ‘so sue me’–so we are.”

Since they are likely to lose their standing argument (unfortunate in my mind), is this just posturing either per se or to reduce some of the backlash from a later impeachment (as in, we tried all other options first)?

Impeachment is more posturing, as there is zero chance of getting sixty-seven votes in the Dem controlled Senate.

There Is No Secret Plot

I saw an item on American Thinker by attorney Allan J. Favish saying that the states who provide services to the needy have standing.

States’ lawsuits might take a lot longer to get going than Boehner had, but it is something states like Texas might use. Favish’s example was California, because he is in LA (not that CA would dare even think such a thing…).

I wonder how Democratic Part leaders will act if a future Republican president takes the same type liberties that President Obama has.

Well, how was the line-item veto case ever won? How did anyone get standing for that? Not rhetorical – I don’t know enough about that case to say.

When the executive branch unilaterally rewrites the law and then acts to enforce the new, rewritten law, it diminishes Congress’ constitutional authority as an institution and the Speaker, as the name implies, speaks for that institution. But that isn’t necessarily the legal approach at all.

In the line-item veto case, the Supreme Court explicitly held that the congressmen who sued did not have standing, and that challenge was dismissed. The winning case was brought by the City of New York and several other parties whose funding Clinton vetoed.

If it was nearly party line – who crossed over?

There are 201 Democrats so every single one of them voted No.

There are 234 Republicans and 225 voted Yes so it looks like 9 of them refused to vote.

I’m not sure what the game plan is here. Even if Boenher gets everything he wants out of the ruling, it’s not going to give him anything he can use. Obama plays a much harder game than Boenher is willing to play. Obama is willing to destroy the entire welfare state at every turn and be backs down. Why would this be any different

Well, the first step is for Boehner to apologize to everybody and nobody, since he’s both Boehner and a Republican. Then the inflated-goat bladders-on-sticks come out and the ‘pubbies start pummeling each other….

Well, the first step is for Boehner to apologize to everybody and anybody, since he’s both Boehner and a Republican. Then the inflated-goat-bladders-on-sticks come out and the ‘pubbies start pummeling each other….

Not as much as the frivolous action taken by Obama so far and what he plans on doing in the future. This is an expense that will save money in the long run. I know it’s not a concept you understand, but please do try to think for yourself – it is not as painful as your friends claim.

In other words, it’s my burden to prove your point for you. And there are no specific “expenses” you can point to.

Read today’s newspaper you dolt! Read yesterday’s and the day before. I can think of half a dozen things while writing this, and you are too blind to see even one. All this exchange proves is one thing – you are too damned immature and too damned ignorant. You wonder why we want voter ID?

Hints: Search on subsidies for people in states that did not set up exchanges. Search on costs of food, housing, transportation (including to Hawaii), and medical care for tens of thousands of illegal immigrant children and adults. Search on the costs of extra-legal EPA regulations. Just for starters. Well, if you know how to do internet searches. If you do not, never mind, since you lack resources.

I Imagine it will be a fraction of the cost of illegally extending taxpayer subsidies to Obamacare recipients of the federal exchanges. It’s certainly a better use than housing, feeding and transporting illegal aliens across the country in a massive shell game in order to avoid deportation.

“It’s certainly a better use than housing, feeding and transporting illegal aliens across the country in a massive shell game in order to avoid deportation.”

Wait, you mean enforcing a law signed into law before Obama was president?

far less than 2.7 Billion his DACA executive order is causing us to spend for starters.

remember Obama never gets his finances right, he is always way under ‘budget’, considering there is no budget.

Wait until his next executive order and many more adults from Central America will flow in for the rumored amnesty.

I am Hispanic, and have lived in South America. I am not racist, but there are obviously reasons why those governments are happy to see their citizens go.

“far less than 2.7 Billion his DACA executive order is causing us to spend for starters.”

I don’t suppose you have ANYTHING to back up that figure.

Don’t worry; I know you guys don’t deal in facts.

How much do you imagine a lawsuit costs? A fraction of the cost of any of 0bama’s many unconstitutional acts, such as his unilateral implementation of the failed DREAM bill, his many “waivers” of 0bamacare provisions — or the frivolous lawsuits his DOJ has undertaken against state voter ID laws.

So, Obama just has to use his executive authority to make suing the President illegal.

What good will come of this lawsuit? If Republicans win, so what? Obama will ignore the ruling and just keep doing what he wants to do.

Saddama doesn’t legislate (write laws). his EO’s deal with implementation/enforcement of the law as written.

When the IRS gave subsidies to millions at obamacare.gov he not only did not enforce the law, he went against the intent of the law (knowingly), because to do otherwise would a) Show Obamacare is flawed b) fail, due to far fewer signups on the federal exchange.

his program failed as written, and as budgeted and has caused enourmous waste to implement, and future costs to undo.

so, No. Saddama doesn’t get to pen his way out.

The only reason I’m doing it on my own is because you’re not doing anything.

But you took an oath, stupid:

What… !?!?
Is it not within your abilities to “preserve, protect and defend” the Constitution of the United States?

Of course we all know the answer.

Republicans suing the POTUS is a symbolic act to express their ire at Obama’s doing what every one of his predecessors has done by enforcing laws as he sees fit. In other words, its a political sideshow

Garbage. He is the first president in a long long time to blatantly refuse to enforce laws that he doesn’t like.

The party line vote by Democrats against this suit proves that their loyalty to their party outweighs any concerns they should have for the role of Congress and its power to make laws. They are not standing up for the constitutional separation of powers. Congress is supposed to make the laws, the president is to enforce them (all of them, not just those he likes, and can’t waive them without authorization). Interpretation gives some room for discretion, but discretion does not mean re-writing statute law. The president is bound by statute law. So, sadly,Democrat house members are colluding in making themselves irrelevant. Why not just an “enabling act,” giving the president the right to make law and Congress can go home, a mere anachronism? The suit is right because somehow the House must protect its constitutional role. Impeachment won’t work, it’s politically impossible, and would just make Biden president. So, the lawsuit is the best route. Note that the Supreme Court has repeatedly knocked down presidential power claims with even Obama appointees ruling against him.

No standing? Which comes to mean injury? I can think out of three hundred million plus residents in this country that somewhere there is injury. Each congress person is supposed to represent his constituents from the heavy hand of government…Yes?