If only the nation could go back in time, it would choose Mitt Romney. 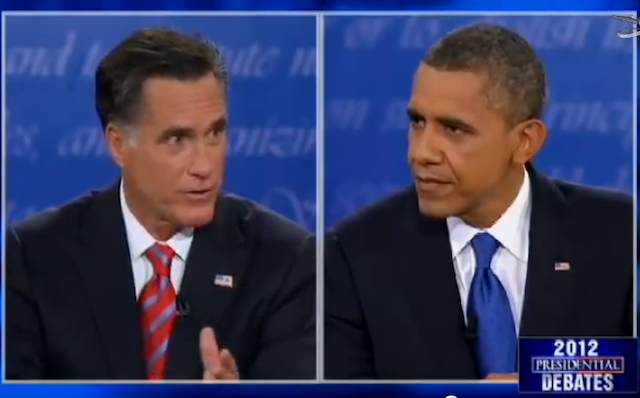 CNN released a poll over the weekend that showed if the 2012 election were held today, Mitt Romney would beat Barack Obama… easily.

According to the poll, if the 2012 election were somehow held again, Romney would capture 53% of the popular vote, with the President at 44%. Obama beat Romney 51%-47% in the popular vote in the 2012 contest. And he won the all-important Electoral College by a wider margin, 332 electoral votes to Romney’s 206.

Last November, an ABC News/Washington Post survey indicated that if the 2012 election were held again, Romney would have had a 49%-45% edge over Obama in the popular vote.

The usual suspects on the left — like Oliver Willis at Media Matters — were out in full force blaming Obama’s current unpopularity on CNN itself or a space-time continuum breach of some sort.

.@owillis Or a lot of voters realized how stupid they were to vote for Obama.

But as Jay Caruso points out, the answer is pretty simple — buyer’s remorse.

Obama just isn’t popular anymore. Most Americans still believe the economy stinks and think it is getting worse…

…and the world seems to be in turmoil not seen in a generation.

“This is a country that is fatigued from this president,” Todd said. “The more foreign policy problems that pop up, you see in the poll numbers a lack of confidence in him, so to me those polls are more reflective of Obama the person and the president. It says nothing about the state of, for instance, either party.”

America seems to have concluded, as they did with George W. Bush after the 2005 Katrina disaster, they just don’t have time for Barack Obama anymore.

The only question remains — how bad will the next two years be since we are all stuck with him?

It is not a vacuous exercise to ponder how things would be different today had we chose…wisely.

Before we get too exited about this poll, lets remember that it’s O’s 6th year, and he shouldn’t be expected to be too terribly popular. But the country is changing.

The country is changing? How so?

fundamentally. that is all you need to know.

I am actually happy with how all of this turned out. Obama has done more and lasting harm to the Democratic party than even Reagan could do in 8 years. It has gotten so bad it will take 20 years to forget. I could easily see a scenario that a new conservative president with a sufficient enough majority will be able to affect such deep and lasting change that the democrats will need to go out 40 years to get back where they are today.

They will be affecting this country for your great-great-grandchildren. Ask your descendants how Obama worked out in another 20 or 30 years.

There is no question as to what future harm the poser’s actions have done to harm this country. We will be feeling the ill effects for years.

As opposed to what Romney would have done? Romney is a RINO and a terrible politician to boot. The Republican Party would be looking at losing the house right now if Romney won, and perhaps 60+ democratic senators. So yeah this is a lot better than Romney. I can see a far right conservative taking hold in 17. That’s more important to me than a slightly not as had RINO in office.

No, Obama did not harm the Democrat party but harm and worse to America not to mention the spread of Radical Islam in many countries and enabling the killing of 10s of thousands of Christians and other fleeing for their lives,
10s of thousands of more illegals, and the list goes on.

That is the difference between Republicans and people like you.
Republicans think of the United States and freedom and
realize, time is short.

Too high a price to pay just to damage the Democrats.

And honestly, this country needs not weak, hurt parties.

This country NEEDS at least two strong parties working in good faith to get us ahead.

Believe me, for I’ve been there:
You don’t want only one party running the show. Neither of them.

History shows two-term Presidents are almost never succeeded by a member of their own party, the nation was war-weary and Bush-weary (the media’s withering campaign against him pales in comparison to their ongoing love fest with The Light-Bringer), and McCain ran a poor campaign.

Plus, the kids thought it would be cool to have a black President.

But by 2012 any sentient being should have realized he was a complete incompetent. Those who voted for him then should be exiled to Venezuela.

The world needs a strong US President to safe guard it against the “bad guys” and evil doers. Sadly for all of us we have got the worst US President in modern history (if not THE worst ever?) and precisely the worst possible moment.

Just when strong leadership is required the most to guide the civilised world in the face of so many threats all we have is a guy missing in action more interested in playing golf, appeasing our enemies and voting present

Basically while Barry is in office, appeasing our enemies there won’t be peace anywhere!

No wonder when the overwhelming majority of Ameicans are seeing the truth. Good example below from “Does Obama WANT to Get Impeached? over at National Review.

Said there: “Pelosi Schmelosi – Obama wants anything that fuels his perverse narcissism. The man is a media creation with no history and no substance: a fraud. Thus anything that scratches his itch for relevance, including impeachment, is always wanted because it makes him feel better about himself.

We haven’t seen anyone this disturbed (or corrupt) in the WHouse since Nixon.”

I’m not surprised at the fatigue voters are feeling in regards to Obama but the poll that has Hillary beating Romney a bit distressing. I just don’t get it..

Yes, it would seem logical that if one prefers Romney to Obama, one should also prefer Romney to Hillary. I do not understand this either. One possible explanation is that there is a lot of anti-Republican sentiment, the Republicans being painted in the mainstream media as bigots etc. So the pro-Hillary preference in the poll could actually represent an anti-Republican candidate bias. In the case of Obama, his negatives are so bad, they cannot overcome even the anti-Republican prejudice.

This polling data also explains why Hillary will delay announcing her candidacy. She needs more time to artfully distance herself from Obama so that it will be more challenging to tie her to the current administration after she declares.

Is there a Republican candidate who can beat Hillary?

In 2007 Hillary also polled very well because she was seen in the abstract as the first woman President. Obama stole a march on her and prevailed because he was almost a total blank slate for voters’ fantasy of their ideal for a black president. The reality of Hillary could beat this media stoked fantasy. One reason was there aren’t enough erasers in the world for Hillary to remove the negative images of twenty years in the public eye, When voters look at her as a person instead of as an abstract symbol, her appeal fades.

Polls, schmolls. Romney should have won according to the polls. They don’t take into account election fraud, e.g. Florida and Ohio.

AMEN! I’ve come to believe the Democrats have not won an honest Presidential election since FDR – with the exceptions of LBJ and Carter and possibly Slick Willy! LOL

Ah, the stench of delusion.

Americans are exhausted? I sense… wait for it… a certain malaise.

Mitt was unable to predict the turn of events & react to Obama gloating in the swivel chair.He is no doubt smart but due to religious background & age is not mentally agile . After being outsmarted on the Gorilla Show , he was completely out manouvred on the 3rd debate & allowed Obama to humiliate him – you know we have ships that go underwater etc….

The world. Is falling away from nation states , failing at over arching grouping( eg The EU , UN ) & heading for a ‘neo medievalism’ .- something like pre Renaiassance . I am not at all certain Mitt could handle that either .

Obama IS the symptom not the cause . He was ushered in on a wave of anti intellectual emotion & that stupid hope thing. It is not just America’s’ fault , after all he was nominated for the Nobel Peace Prize 13 days into his presidency..

There is not one sane leader I the west . We are screwed.

Obama is a symptom all right. See Leviticus 26:17

There is no hope of being saved by a conservative either . Just look at that idiot Cameron or Australia’s overgrown altar boy , Tony Abbott.

One loves gay marriage & the other is a flesh fetishist on a holy grail to collect decomposed body fragments in Ukrainian sunflower fields .

No wonder Obama has checked out – he has seen his peers & can not compete .

More interesting would be the imaginary poll after a fake Romney win and he made a bunch of screw ups that said a rematch would favor Obama.

Haha, yeah, and the same poll says that Mittens would get trounced by Hilary

Romney’s lies were so frequent in the primary that I counted 8 in the Jacksonville debate alone. Even Wolf Blitzer confronted him on stage about his lies.

Romney was a fake conservative – his governorship of Massachusetts was left of Kennedy. Romneycare was the model for Obamacare.

The real conservative candidates were Alinsky-ed and mocked and eliminated fraudulently by both Democrat and Republican.

Romney DID win the election.

Election and voter fraud was committed in many states through a dozen different means.

Did you know Soros manufactures vote machines?
Why do you think Holder attacks any state that seeks to have honest elections and Photo Voter IDs?

The US may never see another reasonably honest election.

Yes, yes he does – many many many fake-vote-generating machines.