Destroying the Dimona nuclear reactor and causing a leak is a long-standing goal of anti-Israel groups. 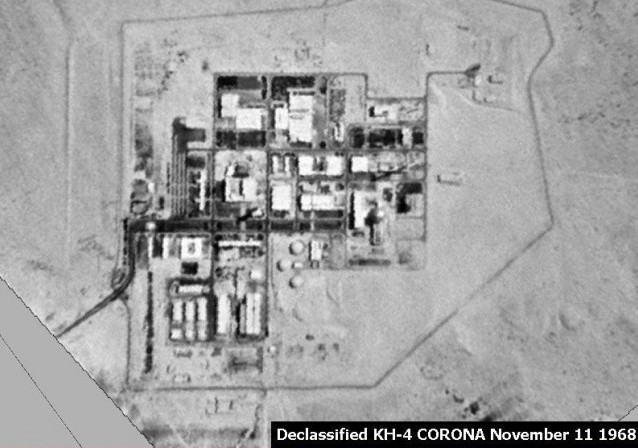 According to breaking reports, Hamas has fired several rockets towards the Dimona nuclear reactor.

Destroying the reactor and unleashing nuclear contamination has been a long-standing goal of Hezbollah, Iran and Hamas. Several days ago the IDF Spokesman’s Twitter account was hacked and a fake message that rockets had hit the reactor and there was a nuclear leak were posted — to cheers from pro-Palestinians on Twitter.

According to official sources, the rockets actually fired today either missed or were shot down by Iron Dome. There are conflicting reports as to how many rockets were fired towards the reactor.

A few minutes ago, Palestinian terrorists in Gaza fired 3 rockets at Dimona. 2 fell in open areas; Iron Dome intercepted the other.

In 2012, Israel announced that in the even of war, the reactor would be shut down. It’s not known as of this writing if that has taken place.

Here is a map demonstrating where the town of Dimona is located relative to Gaza: 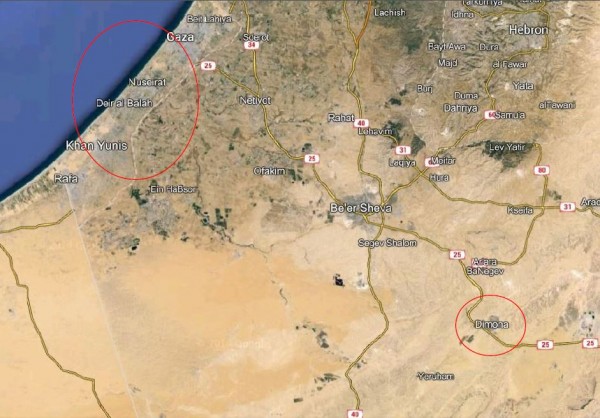 An attempt at WMD by other means. Any force used by Israel to eliminate this threat is justified.

Do these fools know that they too would be affected?

If the ones firing the rockets die they become martyrs and get 72 nerds. If all the rest of the Arabs die they won’t care so long as one Jew dies.

If they don’t treasure Jewish life, why do we expect them to treasure Muslim life?

The Israelis should announce a policy of automatic counter battery fire at any rocket launch site. It takes seconds to detect a launch, calculate it point of origin and fire a salvo at the site.

I can’t imagine they could do any damage. I recall during the TMI accident (my folks lived there then) they said the building could withstand a direct hit by a 727.