Unlike Hamas leaders who huddle their young around them to protect themselves. 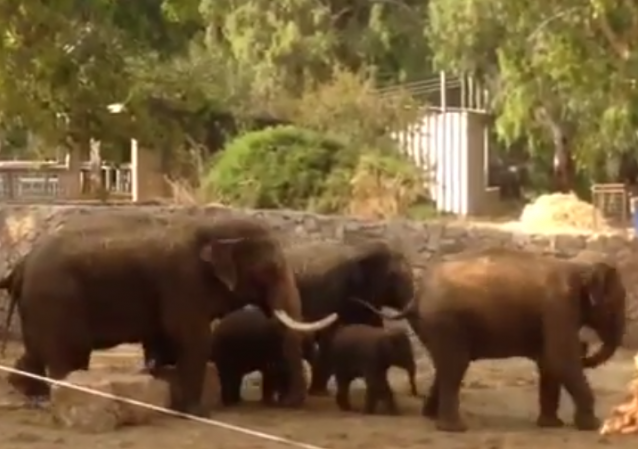 From our good friend Anne in Petah Tikva, a story and translation regarding the zoo in Ramat Gan near Tel Aviv:

In contrast to the inhuman behaviour of the terrorists, the elephants at the Ramat Gan Safari showed how they protect their young during an air raid alert. This must be one of the most moving videos I’ve seen. The translation of the blurb explains:

This morning as a Red Alert siren was sounded in the area of the Ramat Gan Safari, the adult elephants trumpeted a loud warning and gathered round the young calves Latangi and Lalana in an attempt to protect them. 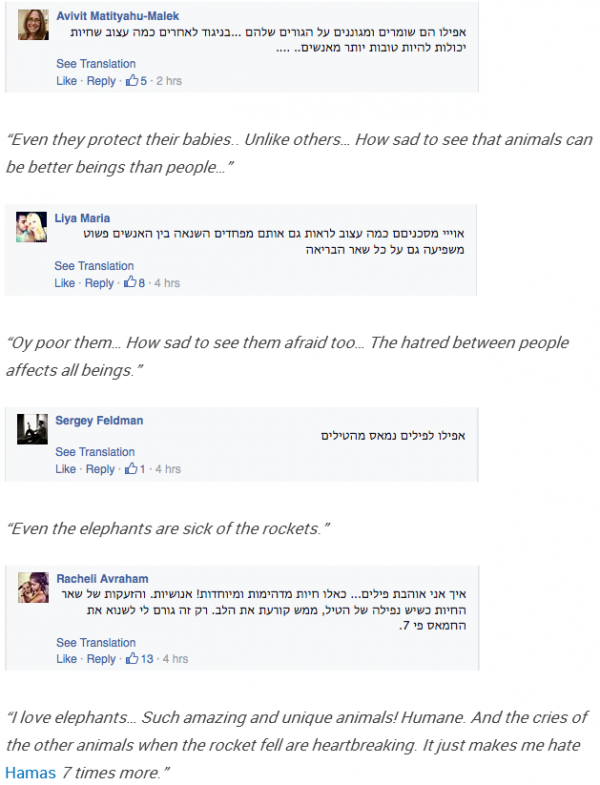 In stark contrast, Hamas leaders sacrifice their young to protect themselves:

#Hamas spokesperson encourages Palestinians in #Gaza to sacrifice themselves in order to deter #IDF strikes http://t.co/t4h8S5o8sQ

Proving that zoo animals have more humanity than the Fakestinian terrorists.

Elephants are beautiful creatures in their own way.

Re: The Hamas Spokesman Video:

What kind of “occupation” forces are these?

3) How can he say his people are willing to sacrifice themselves when just seconds before he said they knew putting themselves in the line of fire would prevent Israeli strikes? Which is it? Self-contradict much?

Jeez Louise. No wonder today’s BDS undergrads don’t get it. It takes a few seconds of elementary critical thinking.

They cannot think straight. I have observed a couple of instances where an otherwise normal person has chosen evil. A person who self-corrupts not only loses their moral judgment, but also their ability to think, generally. I suspect the mental whiplash does brain damage.

A harbinger of the future for Jewish Americans…….??

Thanks for the link Prof. Jacobson, and for making my blog blog of the day. Much appreciated. 🙂

This video moved me almost as much as if the elephants had been human, and place in stark contrast the inhuman, or sub-human, behaviour of Hamas, especially with regard to their use and abuse of human shields.