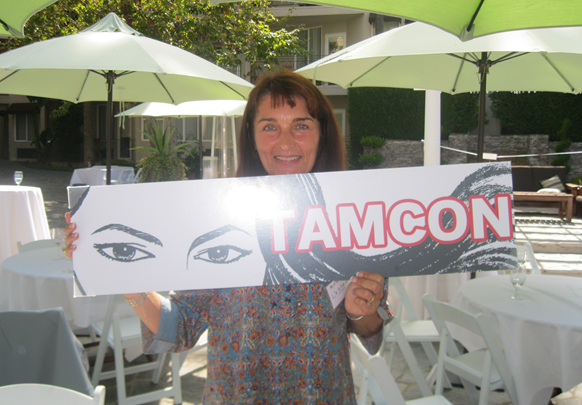 As Professor Jacobson noted in a post celebrating this blog’s 5th anniversary, the best aspect of conservative citizen activism is the chance to make many wonderful new friends along the way!

Conservative dynamo Tammy Bruce is also celebrating her 5th anniversary — as the first conservative talk show host to go all-in on new media. The  Tammy Bruce Show is strictly on TalkStreamLive or available on podcast to members who join her “Tammy Army.” 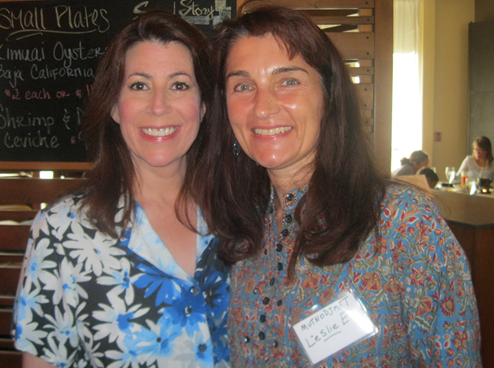 Tammy runs an electronic “Chat Room,” where her fans can exchange observations, humor, and information. To say thanks, and to make these electronic friendships more personal, Tammy hosted a “meet-up” this weekend. I was one of the lucky winners of the lottery to attend this inaugural event.

As often happens during real grassroots events that focus on true independence, this great country, and our best traditions, we all made deep connections and came away feeling more energized, hopeful and engaged. Given the dire  reports flooding all forms of news media today, it was truly a pause that refreshed.

I had the opportunity to have wine and cheese with four great guys: Steve, Buster, Carlos, and Mike. These savvy gentlemen had come from all parts of the country for a chance to hang out at a gorgeous LA-area hotel and meet Tammy, her dynamic staff, and other fans! 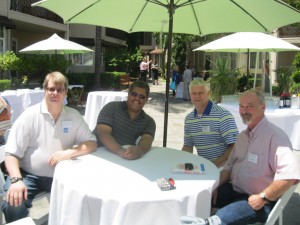 Our table was much like all the other tables, ringing with sharp, poignant and funny conversation.  A few topics:

Yes, the grassroots conservative movement is truly full of educated people, who are forced to delve into alternative news sources like Legal Insurrection and The Tammy Bruce Show because of the dereliction of duty by the American press.

And the story of the second speaker, Bosch Fawstin, is inspiring indeed.  Bosch is an outstanding graphic artist.  Unlike Legal Insurrection’s super-talented A.F. Branco, Bosch doesn’t do political cartoons so much as super-hero, comic-book inspired work.  The basis for his art is the passion derived from being a former Muslim greatly angered by the  events of September 11, 2001.

Needless to say, DC and Marvel comics won’t be picking up his work soon, so check it out HERE.

In fact, Israel and its fight against Islamic terror groups cropped-up several times as a topic. One of the most special moments for me came when I met Thomas and Michael. Thomas had a pin with the American and Israeli flags that caught my attention. 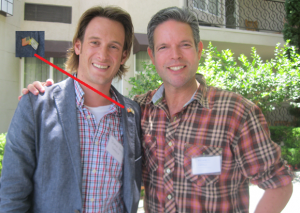 It turns out Thomas is a fellow Catholic, which was an instant connection. We chatted on the subject of being Catholic and conservative before Michael went on to sing a beautifully rendered acapella version of the “Star Spangled Banner.”

As an extra bonus, I was able to share the good news that Professor Jacobson is heading to Los Angeles for an event on Tuesday, June 17: The Case for Israel and Academic Freedom. Several Tammy fans are now making plans to attend.

All in all, it was one of the most inspiring days I have known. I am now looking forward to seeing my new friends, and making even more connections, this Tuesday with fans of Bill and Legal Insurrection.

(For fans of  Tammy’s show who want to see more photos, check the Temple of Mut).

Tammy, a lesbian and former head of NOW in L.A., is truly a free-thinking individual.

She represents the best of what it means to be American.