Shortest list in America: Obamacare promises that were true

Shortest list in America: Obamacare promises that were true 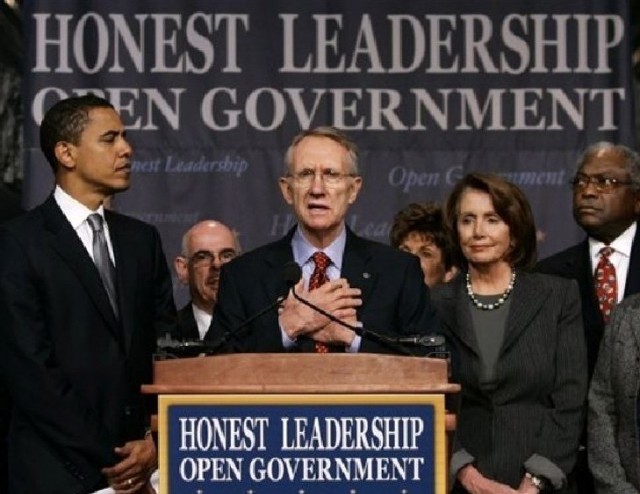 One of these days someone will compile a list of promises made about Obamacare that turned out to be true.

Will be about as long as the list of Gender Studies professors who believe that what you see is what you get.

It wasn’t supposed to work this way, but since the Affordable Care Act took effect in January, Norton Hospital has seen its packed emergency room become even more crowded, with about 100 more patients a month.

That 12 percent spike in the number of patients — many of whom aren’t actually facing true emergencies — is spurring the Louisville hospital to convert a waiting room into more exam rooms.

“We’re seeing patients who probably should be seen at our (immediate-care centers),” said Lewis Perkins, the hospital’s vice president of patient care and chief nursing officer. “And we’re seeing this across the system.”

That’s just the opposite of what many people expected under Obamacare, particularly because one of the goals of health reform was to reduce pressure on emergency rooms by expanding Medicaid and giving poor people better access to primary care.

Instead, many hospitals in Kentucky and across the nation are seeing a surge of those newly insured Medicaid patients walking into emergency rooms.

Nationally, nearly half of ER doctors responding to a recent poll by the American College of Emergency Physicians said they’ve seen more visits since Jan. 1, and nearly nine in 10 expect those visits to rise in the next three years. Mike Rust, president of the Kentucky Hospital Association, said members statewide describe the same trend.

Obama is a LIAR who is out to destroy this country.

It’s easier to wait at ER than try a walk in or get an appointment with a doctor or clinic when you’re on Medicaid or Medicare. Plus many hospitals require doctors wanting hospital privileges to take all patients referred by the hospital.

Of course it was all smoke, mirrors, and lies. What else do Democrats have to propose?

Government-run health care is rationing, and is having dire health consequences everywhere. And if ObamaCare is NOT repealed, it will get worse worldwide, because one thing keeping socialist health care afloat was the dynamism of the American system.

In 1970, for instance, fully half the patents for new drugs and medical devices came from Europe and the UK. After their national health programs forced their drug companies to abandon expensive R&D and concentrate on generics, they were able to extort discounts on American drug makers with the threat of patent violations (trade rules allow it if “deprived of essential products”).

Today, US companies produce more than 90% of the new patents, and most of the rest come from Asia.

The Selling of ObamaCare would make a good book, one which might indict every lying Democrat and pundit (Ezra and Matty, I’m looking at your dandied-up white privilege, boys) for serial perjury.

As Mary McCarthy famously wrote of a Lillian Hellman piece, “Every single word was a lie, including ‘and’ and ‘the’.”

Clear Gitmo of people adherent to Muslimmania…and…
Gut the media – “no speaking truth to power while I’m the Master of this plantation”…and Radical Transformation of his golf game.

The promoter of Income Inequality warfare is not able to hear truth speak to power. All is quiet on the verdant front – the eighteen holes that are far, far away from the middle class pauper’s voice.

“The ultra-rich are not and never will be the real target of Democratic Party rants against inequality. Instead, they reserve their venom for the hard-working entrepreneurial and technical/professional classes who seek to rise from upper middle-class ranks into bourgeois affluence.”

Newest Legacy and K-Tel special–release of the Gitmo SDS (Servants of a Demolished Society) Five for one ambivalent ‘soldier.’

2.8 miles to go before he… sleeps in his NYC POTUS subway library all alone, with only his books, his broken promises and an iPod pre-loaded with photos of his inauguration and audio files of the his speech as a senator to the 2004 Democratic National Convention and his 2009 inauguration address. Narcissism demands that he pay atention…to himself.

“One of these days someone will compile a list of promises made about Obamacare that turned out to be true.”

Say no more. Here it is:

I wish you wingnuts would stop saying that President Obama doesn’t keep his promises. He does, if the people to whom the promise was made deserve it.

1. He let his kids have a dog.
2. He took his wife out on a date including a Broadway show.

I love that graphic “Honest leadership. Open Government”. It’s so “in your face” laughable that I do laugh.. or cry, I’m not sure what I’m doing yet.

Is that Clyburn on the right?

That’s him. The SC GOP sacrificed a district to “minority control” to ensure taking all the other seats back in 1992, Clyburn’s held it ever since.

His daughter Mignon is on the FCC, trying to grab control of the internet. She is very qualified – was publisher/editor of a small “black community” newspaper for a couple of years, it failed. If her name were Mignon Smith, she would have needed to find real jobs.

Everybody keeps saying this is “unexpected”. WRONG! This is EXACTLY why/how obamacare was DESIGNED. Who among the po’ is going to find a doctor that takes ocare when the nearest one is across town or 200 miles away? They are going to wait until they are sick and then go to the ER. And then, instead of the hospital writing off the $15 aspirin tablet or the $45000 broken arm, the SINGLE PAYER GOVERNMENT will pay for it. At least until the printing presses run out of ink or paper.

Throw into the mix the fact that increasing numbers of doctors refuse to take on public aid patients, and it doesn’t take a genius to see the result will be more and more public aid cases going straight to the ER.

Anyways, the fundamental principle of Zerocare is control of the populace. It has nothing whatsoever to do with improving access to medical care for those who need it ~