Will voters be tricked into voting for the liberal incumbent when they want a true conservative? Will dirty tactics, such as trying to prevent Tenney from running TV ads, prevail? 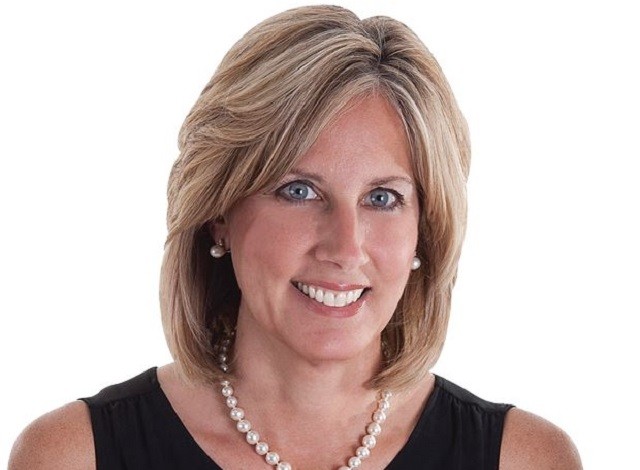 Legal Insurrection was able to bring national attention to the Tenney/Hanna primary last week, with a story involving “false flag” Super PACs spending upwards of $1 million to distort Tenney’s campaign.  Since then, the Tea Party Marine mother has been garnering support from conservatives, receiving endorsements from Rick Santorum, Sean Hannity, Erick Erickson, and other political pundits.

Aside from the false flag Super PACs, Hanna has also taken to Twitter to seemingly make up things concerning Tenney’s career in the Assembly.  Yesterday, his campaign tweeted that Tenney had “let (the) SAFE Act” (the onerous anti-gun legislation) pass in New York, despite the fact she was a ‘No’ vote on the legislation.  The blatant distortion of reality led Assemblyman Steve McLaughlin to respond by calling Hanna a “liar” and a “coward.”

One thing has been clear over the last several weeks in the 22nd Congressional District – Richard Hanna and the GOP establishment are concerned with this race.  The proof lies in Hanna’s supporter’s actions…

One year ago, in explaining a vote for legislation regarding internet governance, Richard Hanna released a statement which read in part that he “believe(s) that the freedom of speech is a fundamental right that should be protected both online and within our daily lives without unwarranted government censure.”

That belief doesn’t seem to extend to the television airwaves however, as the Hanna campaign has, in a last ditch effort to preserve his Congressional career, issued a cease and desist order to multiple television stations running Tenney campaign ads, one day prior to their primary in New York’s 22nd Congressional District.  The order was designed to force television stations including WKTV, WBNG, WUTR, to pull the ads, called “To Tell the Truth.”

The ‘truth’ had to be stifled due to technicalities that Hanna’s campaign used in shutting down the ads.  Hanna’s team took issue with a closing tag in the ad which featured an image that “was not 80% of the vertical screen.”

Kerry Picket at Breitbart also indicates that Team Hanna complained that the ad didn’t close with the exact phrase “paid for by Claudia Tenney.”  Instead, the ads were saying “paid for by Tenney for Congress,” the proper name of the campaign.

The timing of this tactic raises eyebrows.  The “To Tell the Truth” ads had been running for five days, yet the cease and desist order came on the eve of the Republican primary.  Furthermore, the exact same closing tags were being used by the Tenney campaign in television ads that ran earlier in the month.  Yet at that time, when Hanna was presumed to be a comfortable winner in this race, there were zero complaints.

Hanna’s campaign also had the ads pulled from radio stations.  Tenney’s media experts were able to make the minor adjustments quickly, and got the ads back up and running on both television and radio.

Tenney explained, “The attempt to silence our message was not successful.”

Here is a copy of the full press release:

A cease and desist order was issued from the Richard Hanna for Congress campaign team to many of the local televisions stations including WKTV, WBNG, WUTR who were running our current “To Tell The Truth” campaign ad. The order was given over alleged minute technical issues. For example, in the closing of the ad, the image of Claudia Tenney was not 80% of the vertical screen, the “T” in her name was crowding her image. To correct it, our media company moved the “T”.

“The To Tell the Truth” ad is using the same closing tag as our previous tv ads that we ran earlier in the month. I find it hard to believe the concern was more about the size of my image on the screen than it was to prevent me from running the ad,” said Assemblywoman Claudia Tenney. “Considering we have used the tag in our previous ad and were never contacted about the image until 11:00 am today, one day before the primary.”

“The timing of the cease and desist order is also troublesome. We have been running the “To Tell The Truth” ad for five days and here at the eleventh hour, when it could have been impossible for my media company to make the changes, we receive the cease and desist order. Fortunately my media company reached out to the local stations and made the minute changes to the ad The attempt to silence our message was not successful.”

“The “To Tell the Truth” ad is a rebuttal to the recent attacks upon my record from the liberal agenda Washington groups that are supporting my opponent. I have kept the race about the issues and refused to be drawn in the mud with the tactics Mr Hanna is using. The Voters of the 22nd Congressional District deserve to know the truth and to have a campaign about the issues and not on name calling and underhanded dirty tricks.”

Hanna can not, or will not, run a campaign based on his record – the 3rd most liberal record in Congress according to the National Journal.  He was one of only a pair of Republicans who voted against delaying Obamacare, was the lone one to oppose banning federal payments for abortion, and told members of a pro-abortion rally to give their money to Democrats.  During the 2012 campaign, Hanna referred to Tea Party elements in the Republican Party as being extremists, incapable of governing.

Tenney meanwhile, is a Marine mom who just last year scored a 96% rating with the Conservative Party of New York State.  Erick Erickson explained that she “is actually to the right of Richard Hanna and would be a vast improvement for that district and a better vote in Congress.”

Tenney is the only choice for conservatives in this primary, which is why she’s generating a full head of steam heading into today’s primary.

Hopefully people will get out to vote, and not be fooled.

I have been telling everyone within reach to vote a straight Republican ticket this November. If Hanna wins the primary he can be the exception to the rule.