Left twisting in the wind as sentencing approaches in August.

We have had two posts regarding the tax violation conviction of anti-Israel leftist activist lawyer Stanley Cohen, who pleaded guilty in April to obstructing the IRS after running his law practice for many years more-or-less off the books:

As noted in the prior post, back on April 17, a Change.org petition seeking to keep Cohen out of jail had garnered under 500 of the 10,000 signatures sought.

More than six weeks later, the Petition has only 1,990 signatures, less than 20% of those sought.

This despite a relentless Twitter campaign by Cohen and his supporters to get people to sign.  Considering that Cohen has over 8,000 Twitter followers, this is not exactly a huge show of support.

The Stanley Cohen Defense Commitee also is running a fundraising campaign at Rally.org, seeking $50,000 for legal fees to fight jail time.  As of now, it’s raised only $1,585: 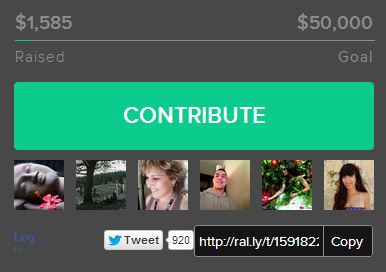 Sentencing will be in late August.

He is a major league scum bucket.