What will they say when someone tries to ban Marxism? 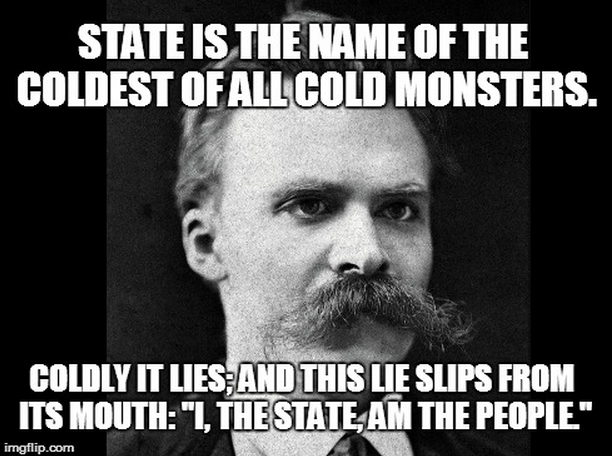 Earlier this year the University College London student government, the UCL Union, banned the Nietzsche Club and resolved to prevent it from organizing on campus because the Union deemed Nietzsche, Heidegger, and other philosophers too “fascist” to tolerate.

Yesterday morning here at Legal Insurrection, I called out the UCLU for claiming the study of Nietzsche is a direct threat to safety. (Here is an audio version of the post on YouTube.)

Well, in a new statement last night, the UCLU Trustees responded. They have vowed to keep suppressing Nietzsche and “fascism” wherever they might find it.

The Trustees are legally and morally bound by their promises to uphold such fundamental freedoms as free speech and freedom of assembly. Yet in their new statement, they stay on the attack:

“The specific justification for action to prevent this group organising on our campus,” the Trustees write, against their own fellow students, “was that we believe the group to be fascist.”

The Trustees have already acknowledged that UCLU’s official new policy to actively thwart “any attempts by this group to hold meetings and organise events on campus” is likely unlawful, so they have suspended this part of the policy for now. The ban on the club, and the refusal to let it engage in speech or assembly in the many campus spaces controlled by UCLU, remain.

The Trustees could have asserted their fiduciary duty to uphold the freedoms and principles promised in UCLU’s Articles of Association. Instead they are risking it all by violating those promises:

UCLU recognises the existential threat that the fascist movement poses to our members, and we believe that it is therefore necessary to prevent and disrupt the ability of fascists to organize—on our campuses, on our streets and in our society.

It is a huge and absurd logical jump from the philosophical study of Nietzsche to, as the Union put it last year, “the violent mobilisation of racists on our streets.”

The fact that bad people have read, appropriated, or misappropriated Nietzsche is an incredibly weak reason to ban people from organizing to study his work.

Nietzsche is even taught — in a course! — at UCL. Michael Ezra points out:

It seems to me a small political step from UCLU wishing to ban the Nietzsche Club to wishing to march into UCL’s libraries, pulling books written by Nietzsche from the shelves, and burning them. At any rate, one wonders what UCLU wish[es] to do with UCL’s own academic departments that teach Nietzsche on accredited courses for students. Does the Student Union wish to close down the courses and hound the lecturers from the College?

The UCLU has proven that it is led by socialists tyrannizing over their fellow students. A one-man anonymous investigation of suspicious posters, together with an explicitly socialist ideology, has led to violating fundamental freedoms and violating the Union’s own explicit rules and principles.

Fragile UCL students apparently believe that posters advertising the study of philosophy are the top of the iceberg of an “existential threat,” and this they will not tolerate.

The irony of godless Marxists banning godless philosophy is just too funny.

The little Marxists are just asserting their True Scotsman privilege. If there is going to be some intolerant authoritarianism going on, by golly, they are going to be the ones wielding it, not that other faction of intolerance.

It’s like the Shia/Sunni split over who gets to impose the worldwide Caliphate and kill the kafir.

Having never read Nietzsche, I was unfamiliar with that quote… On the other hand, I may very well begin paraphrasing it by substituting ‘union’ for ‘state’….

Ouch! I gave myself a thumbs down by accident. Someone call OSHA!

“The fact that bad people have read, appropriated, or misappropriated [Muhammad; Marx; Mao Zedong; John Lennon; Bill Ayers] is an incredibly weak reason to ban people from organizing to study his work.”

Time to ban the Koran at UCL, lest people start organizing violent radical Islamists on the streets of London!

“Does the Student Union wish to close down the courses and hound the lecturers from the College?” And what if it does? Who’s going to stop it?

Once upon a time a large university in the U.S. didn’t allow Communist speakers. The trustees said it was important for students to learn about Communism, but not from Communists. One trustee dissented from that ruling.

I believe that the UCLU’s fears have already been realized through their own actions. As another philosopher observed, “Those who cannot remember the past are condemned to repeat it.”