“Sometimes it is best to just be quiet.” 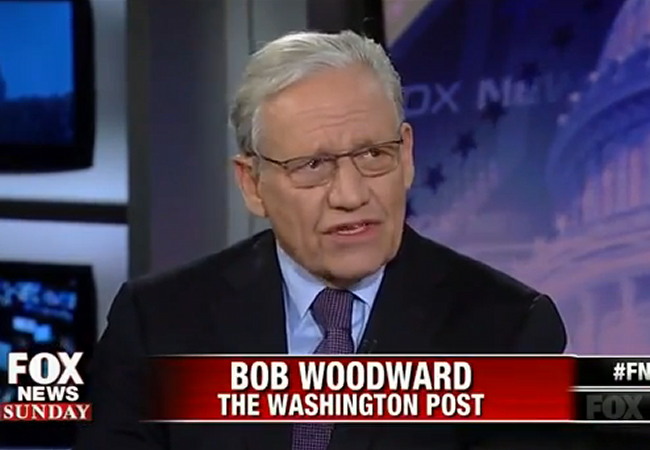 Veteran Washington Post reporter Bob Woodward was on FOX News Sunday today. When Chris Wallace asked him to opine on Obama’s recent foreign policy speech, Woodward explained why it was so ineffective.

Amir Taheri was even less impressed. From the New York Post…

Until last week, some had hoped that, having failed to develop a credible foreign policy, President Obama may at least be ­capable of engaging in serious ­debate with his critics.

In it, he showed that he has become prisoner of a narrative in which his critics are cast as warmongers who need to be restrained by level-headed statesmen like him. In other words: he just doesn’t get it.

What is at issue now is limiting the damage that Obama has already done to US foreign policy across the board.

Of course there’s no surprise … when the public elects a community organizer narcissist airhead simply because he is black, what can one expect?

I give Obama zero credit for anything that he’s ever attempted.