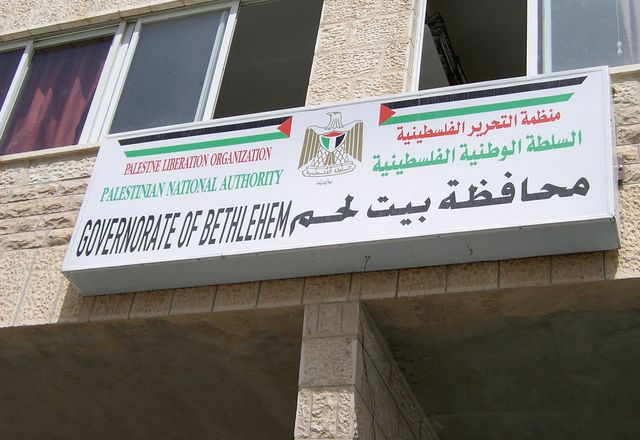 One of the frustrating aspects of following the Israeli/Palestinian conflict is the “blame Israel first” syndrome.

Writing in the Telegraph, Alan Johnson articulates the dynamic that is at play in It’s time to Stop Infantilising the Palestinians. (h/t Elder of Ziyon)

First, by granting only one side to the conflict agency and responsibility, the dichotomy distorts key events of the conflict (e.g. the war of 1948, the collapse of the Camp David peace talks in 2000, Gaza after the 2005 disengagement). The Palestinians are cast as passive victims; a compelled people (Haaretz writer Yitkhak Laor claims the second intifada was “instigated” by … Israeli policy); a duped people (activist Tikva Honig-Parnass writes of “Barak’s pre-planned collapse of the Camp David talks in October 2000”); and a people beyond the reach of judgement. Academic Jacqueline Rose views Palestinian suicide bombers as “people driven to extremes” and argues that Israel has “the responsibility for [the] dilemma” of the suicide bomber.

Second, the dichotomous understanding of Palestinians and Israelis distorts our understanding of Israel’s security. The threats Israel faces are discounted and the security measures taken by Israel reframed as motiveless and cruel acts….

The third consequence of this dichotomous thinking about the nature of the two peoples is the infantalisation of the Palestinians: they remain perpetually below the age of responsibility; the source of their behaviour always external to themselves, always located in Israel’s actions.

By the way, Alan Johnson was the Professor shouted down with abusive profanity at U. Ireland – Galway, by anti-Israel BDS protesters.

A case in point of this dynamic is the common complaint that Israeli security checkpoints impede Palestinian economic progress. It’s a common refrain but it ignores the reality on the ground.

Aaron Menenberg observed the inner workings of the Palestinian Authority for two years recently and wrote about his experience in Terrorists & Kleptocrats: How Corruption is Eating the Palestinians Alive at The Tower Magazine. Menenberg dealt with regular Palestinians and contrasted their willingness to work for the betterment of themselves and their society with their political leadership’s interest in maintaining their perks and positions.

If the Palestinians were led by Izzat and Sammy and those who, like them, wanted to build a better society, things would be dramatically better. If Palestinian leaders reflected the common desire for an independent judiciary capable of enforcing the rule of law, there would be capable judges protecting businesses from government overreach. If Palestinian leaders recognized that schools capable of teaching all Palestinian children the skills and knowledge they need to achieve a better life than their parents are critical to the future of the Palestinian people, there would be more teachers interested in and capable of achieving these goals.

Unfortunately, the reality is just as Izzat implied. The elite class of politicians and businessmen that make up the Palestinian Authority have different interests and different responsibilities than the rest of Palestinian society. Put another way, the average Palestinian is not often the constituency the Palestinian Authority is serving. The PA Ministry of Agriculture did not have Sammy or his employees’ best interests in mind, and was clearly prioritizing its own needs; it was not responsible to the people it, as a government, has a duty to serve. And Izzat’s bosses in the same ministry did not care about the future of Izzat’s children, only the future of their own sons and daughters. Unfortunately for Sammy, Izzat, and a sizeable majority of Palestinians, the interests of the few in power are dramatically different than theirs.

In fact in Predictable Reactions After the Abduction of Three Israeli Students, Peter Berkowitz observed:

Israel has done more over the last several years to improve the quality of Palestinians’ lives than lift travel restrictions. It has worked with the Palestinian Energy Authority to build electricity substations; advanced cash to the PA to help it meet its budgetary requirements; increased permits for Palestinians to work in Israel; adopted numerous measures in the West Bank to increase the export and import of goods; and approved special measures to facilitate West Bank tourism during holiday season.

Sources sowing enmity persist. PA schools teach hatred of Jews and Israel. Hamas still plots acts of violence, as does Islamic Jihad. A small number of Israeli West Bank residents are lawless. Occasionally IDF soldiers act stupidly or viciously. And even under the best of circumstances, points of friction between the IDF and Palestinian population are inevitable

Yet the larger tendency is striking. Over the last several years, Israel has not only given the Palestinians substantial room to build the infrastructure of a state but has directly assisted in its construction. The latest round of Palestinian terrorism should not reverse the tendency. The risks of enlarging Palestinian self-rule are outweighed by the costs of the alternative.

Israel has, in fact, been freeing up its control of the Palestinians. (In part, that’s what’s allowed Hamas to build an infrastructure in the West Bank.) But it is the Palestinian Authority which is holding its people back. Still measures that Israel takes in its own self defense get blamed for the lack of progress.
When will the Palestinians be responsible for themselves?
[Photo: Feliks / WikiCommons ]
More Sharing Options

Let’s reword the question: “Why are the failures of Muslims the fault of Jews?”

White… I mean, Jewish privilege is exploitable to create leverage.

Consider that the Palestinian average IQ is only 80 and the Isreali average IQ 105, then I don’t see a problem here. Palestinians are’t smart enough to have their own agency. They are dull children who need adult supervision. And sometimes a strong boot in the backside with a Merkeva.

Why are there so many Palestinian refugees over 60 years are the UN established the state of Israel? The answer to your question is existentially tied to the answer to mine.

Because the Arab world wants them as pawns.

Speaking of responsibility, a three-year old child in Gaza was just murdered by a “misfired” rocket. The reason is was a misfire is that it didn’t kill a 3-year-old Jewish child.