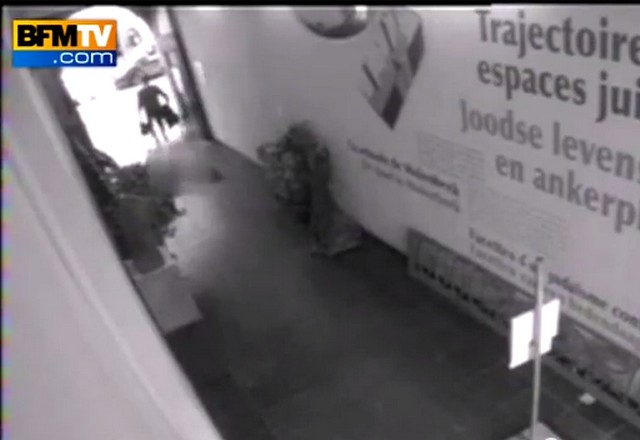 A little more information is available now about Mehdi Nemmouche, the gunman who killed three people – including an Israeli couple – and gravely injured one other in the Jewish Museum of Belgium on May 24.

Nemmouche is a French citizen (he was arrested in Marseille, France) with a long arrest record, was known to have extreme religious beliefs and reportedly joined the Islamic State of Iraq and Syria, or ISIS while fighting in Syria last year. Nemnouche was captured during a customs check carrying a revolver and AK-47 thought to have been used in the attack as he arrived in Marseille from Belgium this past Friday.

He had been convicted seven times, on several occasions for driving without a license but also for violent robbery, and began a series of imprisonments in 2001, according to François Molins, the state prosecutor in Paris. Mr. Nemmouche appeared to have become radicalized during his time in prison; during his final stay, a five-year sentence, “he distinguished himself by his extremist proselytism,” Mr. Molins told reporters on Sunday, and fell in with other “radicalized Islamists.”

Prison administrators “signaled” Mr. Nemmouche to the French intelligence services upon his release from prison, on Dec. 4, 2012, Mr. Molins said. Within about three weeks, however, Mr. Nemmouche had left France, bound for Brussels, London, Beirut, Istanbul and, ultimately, Syria, Mr. Molins said. French intelligence services believe it was there that he joined ISIS.

The Times reports further that “3,000 Europeans, including more than 700 French, are thought to have fought or to be fighting in Syria.”

A video found in his possession shows weapons and clothes and includes a voice-over asserting responsibility for the “attack in Brussels against Jews,” Van Leeuw said. He said it wasn’t certain whether the voice was that of the suspect.

“The new elements in this investigation draw attention once more to the problem of the ‘returnees’ — in other words, the people going to Syria to participate in combat and return afterward to our country,” Van Leeuw said. “All European countries are confronted at this moment with this problem.”

According to the Post, European interior ministers will be meeting in Brussels later this week to discuss “strengthening ways to stem Syria-related violence.”

It’s not just rebel fighters associated with extreme Sunni group, including al Qaeda, who are recruited to fight in Syria. European Shi’ites are also reported to have been recruited for the fight in support of the Assad regime.

If France does not have capital punishment, they should.

So a disturbed kid kills six people in a rare kind of violent act, four of whom are men, and #YesAllWomen erupts.

Whereas, the theme to this killing is “Here we go again” but no #YesAllJews taking over Twitter.

Mehdi Nemmouche, what of him?

In the global scheme in Europe, the Muslims freely admitted to Europe are committing larger crimes throughout, without any much comment.

Sweden, in particular, with their welcoming any and all Muslims, have HUGE crime problems with their Muslim immigrants – burning down cars, raping Swedish women, rioting in the streets, etc. –even though these Muslims are beneficiaries of the Swedish social system.

The Europeans with their doctrine of universal acceptance, are their own worst enemies.

Obama wants the same free immigration for the US. We can only wait for the disasters waiting for us.