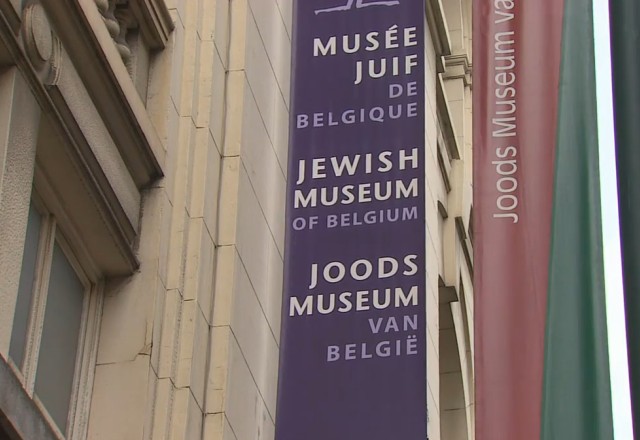 The Times of Israel is reporting that one person has been arrested for last week’s shooting at the Jewish Museum of Belgium that claimed three lives including an Israeli couple, Mira and Emanuel Riva.

The alleged culprit, 29-year-old French citizen Mehdi Nemmouche from the northern French town of Roubaix, was captured Friday in Marseille, and was said to have in his possession a gun and a Kalashnikov assault rifle of the sort used in the May 24 attack.

Belgium investigators are probing a possible terrorist link, noting Nemmouche is believed to have links to Syrian jihadists. Nemmouche last visited Syria in 2013.

According to the report originally Belgian authorities had been considering anti-Semitism as the motive but ” the fact that the attack lasted only a minute and a half have led authorities to believe there could be a terrorist motive.”

French President Francois Hollande confirmed a suspect had been arrested and said France was determined to do all it could to stop radicalised youths from carrying out attacks.

This recently has become a big concern. Earlier this year it was reported that fighters in Syria are being trained to bring the war back to the West. Israel arrested members of a cell that had been planning to get training in Syria with the intent of launching terror attacks when they returned. The Telegraph reported in January:

British people fighting in Syria are being trained as “jihadists” and then encouraged to return to the UK to launch attacks on home soil, an al-Qaeda defector and western security sources have told the Telegraph.
In a rare interview on Turkey’s border with Syria, the defector from the Islamic State of Iraq and al-Sham (ISIS) said that recruits from Britain, Europe and the US were being indoctrinated in extremist anti-Western ideology, trained in how to make and detonate car bombs and suicide vests and sent home to start new terror cells.

President Obama has assured us that Al Qaeda is on the run. The question is to where.

If you kill Jews, you are not anti-Semitic; however, if you say a Muslim did it, you’re Islamophobic.

Everyone who trained him.

Everyone who indoctrinated him.

Everyone who provided him money, support, or a weapon.

Kill them all. Very carefully and thoroughly.

Y’all do realize that while he has been arrested, that he will be tried in Brussels, Belgium. Under the European concept of a court system. Expect a sentence under a year at worst, and probably probation. With bail posted and a ticket to Syria in hand if the appeals don’t look good.

The Times of Israel reports this after having given Tariq Ramadan a platform to disseminate his nonsense in Friday’s issue. Could they not have waited for more facts before letting loose a lie?
http://www.timesofisrael.com/swiss-professor-belgium-distorting-museum-shootings/
Why give this an airing if they knew it was a pure distortion for the sake of spreading a lie?
As it was Ramadan based his lie on Haaretz’s,

” On Monday, the Israeli daily Haaretz published an analysis on the shooting titled “The Brussels Jewish museum shooting: score-settling or coincidence?”
….
Oren suggested Mira Riva’s real employer was the Mossad, although another Israeli journalist known for his deep sources in the intelligence establishment, Yossi Melman, wrote in the Jerusalem Post that such a conclusion was purely speculative. ”

For more on the type of rag that Haaretz is,
http://blogs.jpost.com/content/ha%E2%80%99aretz-playing-anti-semites%E2%80%99-hands

As Petra Maquardt writes, ” Little wonder that the Electronic Intifada’s Ali Abunimah was excitedly tweeting Landsmann’s column as a confirmation of his views: “