All Obama promises come with an expiration date. 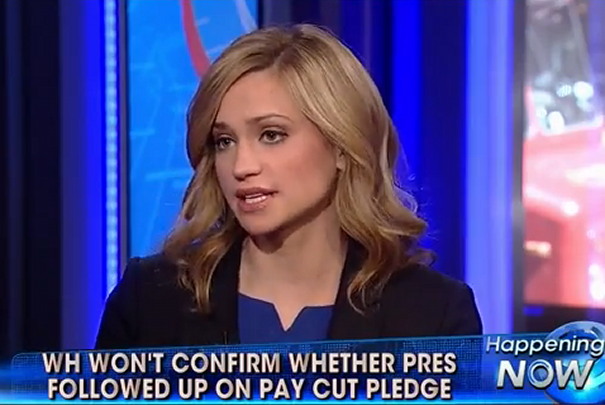 When Obama was claiming the sequester would be disastrous, he said he’d take a cut in pay.

Did he? No one seems to know.

Staff writer for the Washington Free Beacon Ellison Barber was interviewed today on Fox News about a report from the WFB’s Elizabeth Harrington calling into question whether President Obama followed through on his promise to return five percent of his salary.

Obama and several other officials and Congressional leaders including Secretary of Defense Chuck Hagel, Sen. Claire McCaskill (D., Mo.), and Sen. Mark Begich (D., Alaska) all promised to return a portion their salaries in line with the sequester cuts.

Barber said by that metric President Obama owes about $20,000. The White House has so far refused to confirm whether the president has actually written a $20,000 check to the Treasury.

More broadly, there is no evidence thus far any of the aforementioned public officials have followed through on their promises to part of their salary.

Although the whole thing was a stunt from the word go, I’d strangely feel comforted if our leadership actually followed through with their promises just this once, as a sign that perhaps there might sometimes be some truth in what they say. I’m afraid that, in the absence of a functioning free press, there is zero accountability to the voting public.

Living in a declining republic isn’t as fun as I thought it would be.

Sequester? That’s old news. “What difference does it make?”

Obama made a feel-good promise he had no intention of ever going through with.

‘dang if they do.

Obama lying about something? I’m shocked! Shocked, I tell you! Stunned! Shocked!

Can’t that be ascertained from the tax returns? Or not enough granularity?

“Begich”, eh? Should I bother to see if he actually did as he promised?

This shouldn’t be a problem for the Republicans, all they have to do is treat it as fact that Obama never took a pay cut, and let the Democrats confirm by refusing to deny, or to provide proof if they do deny.

I’m sure that as soon as Boehner sees this here he’ll get right on it.

If obastard had cut a check for $20k to the IRS re sequester, it would be all over the news.

He didn’t do it; he never will.

It’s not as if he spends his salary on any of his personal expenses anyway. All of that is separately paid for by the government in addition to his salary.