What is going on in Mississippi Republican Senate primary? (Update)

What is going on in Mississippi Republican Senate primary? (Update) 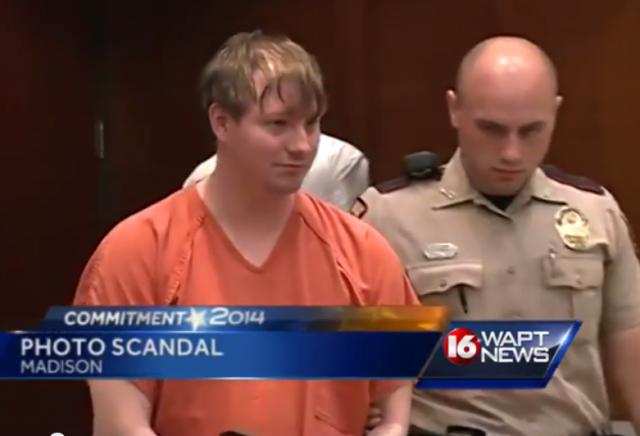 I haven’t focused much on the Mississippi Republican Senate primary, in which Chris McDaniel is challenging Thad Cohran, except to have previously noted that NRSC race card play against challenger hurts us all.

But the latest intrigue makes what came before look like child’s play.  Ed Morrissey and Allahpundit at Hot Air have background, but the story is fairly simple:  A pro-McDaniel blogger was caught sneaking into a nursing home where Cochran’s wife was resident due to Alzheimers or some other form of dementia, and photographed her.  Very ugly stuff.

Then things got even more strange when the Cochran campaign and NRSC suggested that McDaniel somehow might be involved, and that inconsistent statements as to how and when the McDaniel campaign found out about it were incriminating.

Then, it turned out that the Cochran campaign itself knew about the break in but sat on it for two weeks before notifying authorities. The NRSC communications director who was tweeting with wild speculation about the McDaniel timeline has not, as of this writing, responded to my request as to when the NRSC found out about it.

Erick Erickson thinks there’s collusion between the Cochran campaign and NRSC to pin the blame, at least by innuendo, on McDaniels.

The latest development is that the blogger’s wife suggests in an interview that McDaniels, at least indirectly, was in on it:

[SORRY – HAD TO REMOVE AUTORUN VIDEOS, YOU CAN VIEW THEM AT THE LINK ABOVE UNTIL I FIGURE OUT HOW TO TURN OFF AUTORUN FOR BRIGHTCOVE]

I guess it will sort itself out.

While I realize the NRSC is an incumbent protection organization, reckless speculation is damaging to the party.

If there was collusion between the Cochran and McDaniel campaigns, it should be over for Cochran and the NRSC needs to be held to account.

If the McDaniels campaign was involved in orchestrating the taping, it’s lights out.

I hope we get to the bottom of this, quickly.

Update: Blogger’s attorney says his actions not part of conspiracy:

Tuesday night will make the fifth night blogger Clayton Kelly will spend in the Madison County jail.His name and actions have attracted national media attention. But not in the way he originally planned.

“It’s not a big conspiracy that somebody was leading him astray. And then got him going down the road and he couldn’t stop,” said his attorney Kevin Camp.

Kelly told Camp, he was researching a story about Cochran and a possible mistress. He wanted to bring home the point that it was taking place while his wife was in St. Catherine’s. Kelly’s attorney says he used this visitors pass to park and get the picture on Easter Sunday.

Who benefits from this? The Democrats.

Also, why in the world would anybody want to get caught invading the privacy of a sick person, who is not the candidate? This is all beyond weird. Such an action is so offensive that any person with a grain of political sense would readily recognize that the blowback would be a disaster.

The name Clayton Thomas Kelly needs to be transmitted with the commentary on this story.

Describing the NRSC as an incumbent protection racket is concise and accurate. Deterring if this sort of stunt cam from the nominal opponents (the Democrats) or the NSRC useful idiots is too much for the normal mind to handle.

The fact that the Cochran campaign sat on it for two weeks certainly strange.

While I think what this guy did is reprehensible, does it justify a $100,000 bond? Is this a felony, or just a disgusting misdemeanor? It also doesn’t sound like he sneaked in, or broke in, he just walked in, and signed in. The fact he posted the pictures on his website indicates he thought he was just being a clever guy. All you legal folks – what makes this a criminal act? Absolutely disgusting, yes, but isn’t this along the lines of a paparazzi incident?

My understanding is that it was illegal to take her picture without her permission, or the permission of those caring for her since she is in a debilitated state.

They are investigating how he got in, and how he was not “caught” sooner, as he was apparently considered a trespasser, not a legitimate visitor.

My guess is since she is US Senator’s wife, there are also extra security precautions that are supposed to be in place for her, since they have higher profiles and risks, due to their political status.

Any “legal types” who know for sure, please chime in!!

>“what makes this a criminal act? Absolutely disgusting, yes, but isn’t this along the lines of a paparazzi incident?”

If you can’t tell the difference between paparazzi snapping photos of Paris Hilton as she walks out of a nightclub and some creep trespassing into a nursing home to take photos of a sick, helpless woman for ANY reason then perhaps you should consider running for office as a Democrat because you clearly have the intellect for the gig.

The police say the creeper is being held for “illegally and improperly obtained an image of a vulnerable adult resident without their consent for his own benefit.” This clown had no right to be in the facility, no right to take her picture for any reason and she had no ability to consent or even decline this invasion of your privacy. Maybe one day karma will deliver a photographer to snap some shots of you when you’re in your twilight years. See how you like it.

Thank you for your thoughtful reply. I have been posting on this site for several years and you are the first person to come totally unglued with a response. LI is the only site I comment on because of the civility of its readers. Perhaps you should learn the culture here before posting such offensive comments. There is nothing in my post that supports this jerk. The TV clip shows he was given a pass and signed into the facility. No one stopped him from making the visit. I asked a couple of questions because there are a lot of legal folks reading this, and instead I get your knee-jerk reaction. Why a $100,000 bond? Does that really sound reasonable to you?

If there was collusion between the Cochran and McDaniel campaigns, it should be over for Cochran and the NRSC needs to be held to account.

Did you mean “collusion between Cochran and the NRSC”? I didn’t see that McDaniel’s campaign worked with the Cochran campaign, colluding in any way………..

From what I’ve read, the blogger pulled down the post and image, after the campaign sent out an email to find who this person was and have whoever did this to pull the picture. There is an email that the McDaniel campaign sent out that clearly states they did not know about it, did not approve of it, and wanted it gone because that is NOT how they are running their campaign.

The blogger complied, after associates contacted him – he never apparently directly spoke to anyone connected directly to McDaniel; also, apparently he was later telling others who were asking to get a copy of the photo that he would not put the photo out because McDaniel’s campaign didn’t approve of his activity in taking the picture.

That is the only thing that is really “known” about contact with the campaign, so far; however, what this loon’s wife said is potentially damaging, if substantiated. But, given that he is a loon, the probability of her being a loon is pretty high, IMHO, and her statements are highly questionable at best.

What Cochran and the NRSC do with her, and how they use her statements of innuendo, will be telling.

The $100K bond is completely inappropriate, but I expect it reflects the outrage of the arraigning judge, and is being used as a defacto $10K fine to punish the jerk.

The charge is “exploitation of a vulnerable adult,” which is now a felony in Mississippi and most states because of public outrage at abuse stories from nursing homes.

The high bail is appropriate for the level of offense this is now regarded. And you have no idea what else the guy may have done besides snap the picture.

What is your concept of bail?

This was a dumb, dumb stunt. The blogger’s wife claims he wanted a photo of Mrs. Cochran as an illustration for a story alleging that Sen. Cochran was having an affair. So while I think the bond is outrageous, so also is the sleazy political story the blogger was going to write, and the use of a photo of a helpless woman. Ugh. On the other hand, the Cochran campaign’s allegedly sitting on this for two weeks and then filing a complaint when the photo had been taken down very promptly isn’t a pretty picture either.

Funny how all of the sudden all this stuff comes out against tea party candidates right before the big election.

One thing is clear. The McDaniel campaign knew about the picture three weeks before the arrest, said nothing, and told the press the next morning it was the first they heard of it. But they had called Cochran’s campaign manager and left a voicemail the night before, saying they had known about the guy for weeks and weren’t involved with him.

You don’t tell the press a lie that you left a recording debunking last night. That’s amateurish at best.

And this blogger “investigating” the stories about Cochran and his executive assistant, where did he come by that lead weeks ago? He doesn’t appear to be a real reporter or investigator. Who put him on to this, and when his effort blew up with that picture, who put the major media onto the same tale?

Of course, I’m sure some idiot will suggest Cochran leaked the story on himself. Because that’s what idiots do.

With friends like this, a candidate doesn’t need enemies.

What has happened to good sense and common courtesy? What kind of guy thinks a photo of an Alzheimer’s patient is a political action?