Obamacare wildfires breaking out in California

Obamacare wildfires breaking out in California 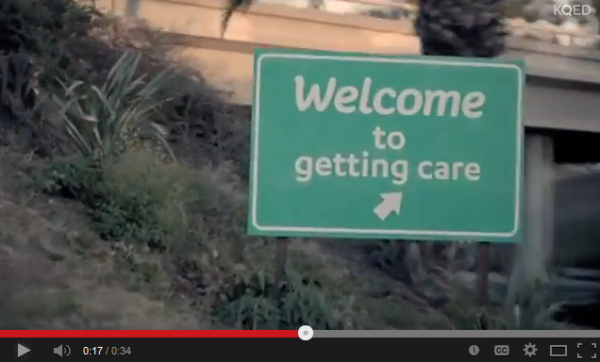 Now that I am back to my normal schedule after a week’s worth of blazes in San Diego County, we seem to have another kind of wildfire breaking out in the state.

Over the past few months, it looks like nearly 1,500 Californians have complained to state regulators about their Obamacare coverage purchased through California’s insurance exchange (Covered California).

New data reveal the biggest category of complaints centers on getting confirmation of health plan enrollment and basic issues such as getting an identification card to obtain care.

Many consumers have also encountered difficulty finding a doctor who accepts their new coverage, as well as frustration with inaccurate provider lists, according to the California Department of Managed Health Care.

“If you have a medical condition and can’t get care that is a very serious issue,” said Marta Green, spokeswoman for the managed healthcare agency. “We are still working to resolve many of these cases.”

Health insurers and officials at the Covered California exchange say they are working hard too to address consumers’ gripes. They say some problems are inevitable from such a massive overhaul and that the number of complaints is a small fraction of the more than 1 million Californians who signed up under the Affordable Care Act.

So, let me get this straight: The problems that the 1,500 people have reported are “inevitable” and because it is a “small fraction” we shouldn’t worry. When should I start worrying, then? When someone in my family dies waiting for an appointment?

When “people are the budget” the “death panel” approach to doling out medical care is the only thing that is inevitable.

There is some good news in this report, however. The FBI has not issued subpoenas into the exchange’s activities…yet. That makes Covered California a little better off than Cover Oregon.

While the Federal Bureau of Investigation’s interest in the exchange debacle had been previously reported, the legal demands dated May 13 indicate things may have moved beyond a preliminary inquiry to a full-blown investigation.

The investigation, led by federal prosecutors and the FBI, is seeking documents, memos, and emails between the two state entities that oversaw the botched health exchange with U.S. authorities in charge of dispensing federal money for the project.

Oregon has spent $250 million and three years on an ambitious IT project that failed to produce a fully functional exchange.

We have noted the Obama administration’s less than robust response to the developing scandal following the revelations that several Veterans Administration hospitals were cooking the books on patient wait times, among other very serious issues. The comparisons to the VA situation and the new healthcare exchange programs are obvious, and Cal Watchdog contributor John Seiler projects the likely outcome and provides one solution.

Government medical systems always are disasters. And the “solution” now being touted is “single-payer,” meaning the government runs the whole shebang.

How about Canada’s system? Actually, as was noted recently by Sally Pipes, the president and CEO of the Pacific Research Institute, CalWatchDog.com’s parent think tank:

…How best to care for our brave veterans? Just close the VA hospitals and instead give veterans health vouchers — like college scholarships — they could use for the best private care. Our vets deserve the best, not the worst.

One of the first videos Covered California offered, as part of an $80 million ad campaign, was entitled “Signs”. If I am reading the signs correctly, the quality of the healthcare system in the state is going up in bureaucratic smoke.

The tide comes in. The tide goes out. Twice per day.

Leftists should have realized that reality would eventually catch up with rhetoric. Pass the popcorn.

Canadian women with high-risk pregnancies come to the United States to have their babies. http://www.komonews.com/news/local/10216201.html
This has been going on for quite some time.

I see no reason to adopt their system, because it depends upon ours being better.

California adopted Obamacare wholeheartedly, and apparently put what they believed to be the necessary resources in place to make it work. If Obamacare cannot work in California, it probably cannot work in any other state.

The best-funded state that most closely approximates California’s philosophy of governance is Maryland, and Maryland is considering abandoning its Obamacare website.

after firing the original contractor, and replacing it with one that had a conflict of interest.

The states that turned down the Obamacare exchanges are looking very intelligent, right now.

Heh. Take a long lazy layabout who never did a decent day’s work in his life, screws up everything he touched, thought he needed to be at the pinnacle of power to get things done rather than working hard and figuring out how to do them, is arrogant enough to believe he is the smartest guy in any room, never wrote a piece of legislation but happily took credit for the work of others, took other people’s bad and stupid ideas to realize his dream of turning America Communist, and rejoiced in his name on crap legislation, and what do you get? A disaster from sea to shining sea.

Bloody incompetent numbnuts. One can only hope the debacle puts the end to the Democrats singkr-payer Communist fantasy.

Let’s not forget the people who actually wrote the legislation and pushed it through Congress (so we won’t be called raaacist for objecting to having our functioning health insurance stolen).

For the first three quarters of your opening paragraph, I thought you were talking about me. Whew.

If 1,500 people have filed formal complaints, we can assume there are many times more people who are seriously aggravated about having their decent, affordable insurance destroyed and being left with inferior options — and it’s highly probable that a sizable majority of those million signups are people who were previously insured.

The officials think it’s fine that they have hurt some people if they supposedly helped a larger number. Funny that argument didn’t work before when the vast majority of people were satisfied with what they had and didn’t want it changed, while a relatively small number actually could not get insurance or Medicaid.

Be careful what you vote for, California, you just might get it!

To be honest, I think that the White House stepped in it when they sent the FBI to Oregon, and that they are going to have to try to find some way to pull them out. We will not see them in California.

The state exchanges that have failed are all operated by Leftists who are in synch with the White House in all things, including incompetence. The failures are pretty much identical across all the exchanges. The FBI cannot indict anyone for theft or fraud without indicting Leftists across the country. Since the FBI and the Justice Department’s primary function is to be the part of the political arm of the White House, covering Obama’s [Buraq’s not Michelle’s] not inconsiderable fundament; any finding of criminality or incompetence has to be suppressed.

No, it does not work. Yes, it is harming people. However neither matter because it gathers power into the hands of the State. If people were dying in the streets the official mantra would be: 1) there are no problems, 2) if there are problems it is George Bush’s fault, 3) any problems are equivalent to breaking eggs to make an omelet, and 4) it’s old news, why are you talking about that?

While I am sad that my own Democrat-run state has swallowed the poison; in the absence of an opposition party we will have to just take it. All we can do is hope that it gets so bad that it cannot be swept under the rug and at least some of the blame will fall on the enemies of our country. California deserves everything it gets, and then some.

Note the appearance by King Buraq at the end.

Obamacare is like a Hollywood western movie set – a front. It is not real functional healthcare. And maybe was never meant to be.

Obamacare may be the biggest con/lie/hoax of this administration… since Obama himself.

Or is the biggest con the use of government agencies for weapons against conservatives.

Or is it the expansion of benefits and food stamps for illegals?

Or the lack of enforcement of our borders?

Or the pretense of war on terrorism?

Or the fake green businesses?

long before Hollywood there Potemkin villages(Потемкин деревня). When you’re appointed governor by a psycho, you do whatever you can to keep from being garroted in a dungeon cell.

All these problems with Obamacare, and most of it hasn’t been implememted yet. The worst is yet to come.

Brush up on your self-care.