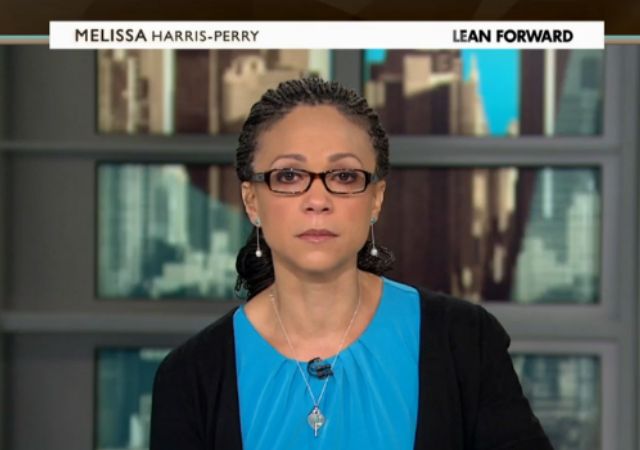 The Washington Free Beacon is out today with another of its supercut videos, MSNBC: All Apologies, All The Time.

The video features various MSNBC hosts making apologies for statements they’d made or tweets they’d posted.  Some of those examples include the apology from Melissa Harris-Perry after she moderated a panel that mocked a photo of Mitt Romney holding his adopted grandson, Kieran, who is black, and the apology from (now former) MSNBC host Martin Bashir after his disgusting attack on Sarah Palin.

“Working at MSNBC means always having to say you’re sorry,” reads the description of WFB’s video.  Watch it below.

Just yesterday I was reading about this apology from NBC dating back to 1993.
At the time, they rigged a GM pickup truck to explode and catch fire, in an efforts to fool viewers into thinking said trucks were unsafe. GM successfully sued their arses.

Their ratings are also sorry.

By the way, did they ever apologize for the tampon earrings?

That was awful!!
I still have nightmares about it.

What’s the status of Zimmerman’s civil lawsuit against them for deceitfully editing the 911 tape to portray him as a racist?

A minute and ten seconds of MSNBC is a mighty long time. I’ll have to watch the complete set of Teletubbies to numb my brain to the point where I can endure it.

Mandy you are too kind with the photo selection – she should forever more be portrayed with her tampon earings. The image says so much about her credibility.

I hope that George Zimmerman makes a bundle off of NBC and then gets out of the country until Obama is gone from the White House.

Looking at Melissa Harris-Perry I cannot help but believe that 50 or so years ago she could and would have passed herself off as white.

I strongly suspect that a large percentage of MSNBC’s audience is conservatives waiting for the next howler or outrage.

Big deal. How big an audience do they reach?