Massachusetts starts over on its troubled health exchange website

Massachusetts starts over on its troubled health exchange website 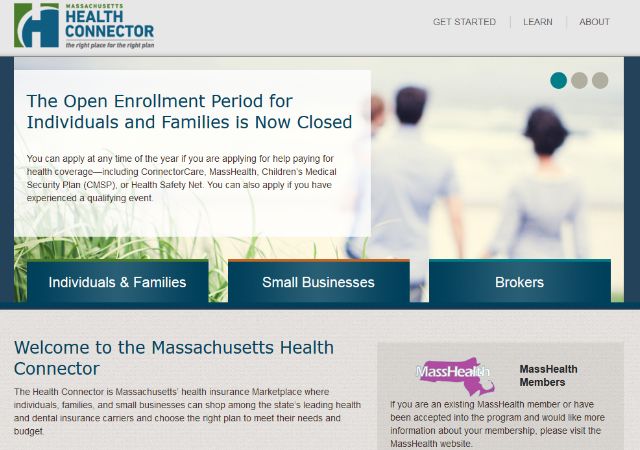 After months of technical problems, the state of Massachusetts will abandon much of its health insurance exchange website and replace it with new software, while simultaneously preparing to shift its exchange to the federal healthcare.gov system as part of a “dual track strategy.”

Massachusetts will stop trying to fix its deeply flawed health insurance website and instead buy new software to help its residents enroll in coverage, officials there said Monday. But the state will also prepare to join the federal insurance marketplace by the next enrollment period, which starts in November, in case the new system is not working in time.

The decision follows months of problems with enrollment through the state website, which Massachusetts set up in 2006 under its landmark health insurance law. The site worked well until it was revamped last year to comply with the Affordable Care Act, President Obama’s health care law. The state had put CGI, the company that also helped design the initially problem-plagued federal exchange, in charge of the overhaul.

Massachusetts announced in March that it was dropping CGI, but it is still negotiating the terms of ending its $69 million contract, of which the state has paid $17 million. The state received $174 million from the federal government to overhaul its health insurance website and has spent about $57 million so far, including the amount paid to CGI, according to Glen Shor, the state’s secretary of administration and finance.

Sarah Iselin, a health insurance executive whom Gov. Deval Patrick appointed to oversee fixes to the website, said the new “dual-track” plan would cost a little more than $100 million through 2015. But she said it was too soon to know whether the state would seek more federal money; that will depend partly on whether the state ends up owing CGI more money.

It must be a difficult pill to swallow for the state, given that it had a functioning system prior to revamping its site to comply with the new federal law.  And that’s spurred some sharp criticism.

Critics of Obamacare quickly characterized the state’s issues as an outgrowth of the “one-size-fits-all” nature of the federal health care law.

“It’s a travesty,” said Ryan Williams, a Republican consultant who worked as an aide to Romney in Massachusetts and on his presidential campaigns. “What we’ve seen is a dismantling of a once-popular and effective system to be replaced with a wildly ineffective and broken program that has brought great shame to Massachusetts.”

“I can’t think of any more of an embarrassing course of events than what’s occurred with our website,” Tisei said.

Massachusetts is but one of several states that has struggled with the technical implementation necessary to comply with the Affordable Care Act.

Both Maryland and Oregon in particular have grappled with severely dysfunctional systems in their states as well, and the federal government is poised to take over Oregon’s exchange, according to the Washington Post. Cover Oregon’s Board of Directors voted last week to make the switch to the federal system, however it sounds as though there may still be some legal details to sort out.

Cover Oregon is facing an inquiry from the FBI, as well as inquiries from the Government Accountability Office, the U.S. House oversight committee, and the law enforcement arm of the inspector general of the U.S. Department of Health and Human Services, according to OregonLive/The Oregonian.

The people of Massachusetts don’t even have “A Fighting Chance” against government mandated healthcare with the software alone costing them a minimum of $100 million in tax payer dollars. But as we have seen, Big Government is “rigged” for just such collective failure.

“I can’t think of any more of an embarrassing course of events than what’s occurred with our website,” Tisei said.”

Well, there IS the election of Elizabeth Warren as Senator to consider.

Here I’m Boston i see a lot of lower earning people now getting health care. The richer suburban people do not want the poorer inner city people to have health care or any government assistance. The come with no plan to help the poor. It’s good that those who can’t get a 40 hour job can now get health care. The people who don’t like aca wanted to privatize the mbta. These people are like vultures on mass. Never active in the community never take to the streets to help this lesser off than they are. Mass is a very demographic state. Very multicultural democrats are more inclusive with their political support and work with many different people. Domocrats are liars and cheats. But they are much better at reaching diverse places that Charlie baker mitt Romney would never set foot. I seen Liz warren in my neighborhood. Never Romney or Scott brown we don’t believe they care or even consider people like us.