Israel: Moving Towards Asia and Away from Europe

Israel: Moving Towards Asia and Away from Europe 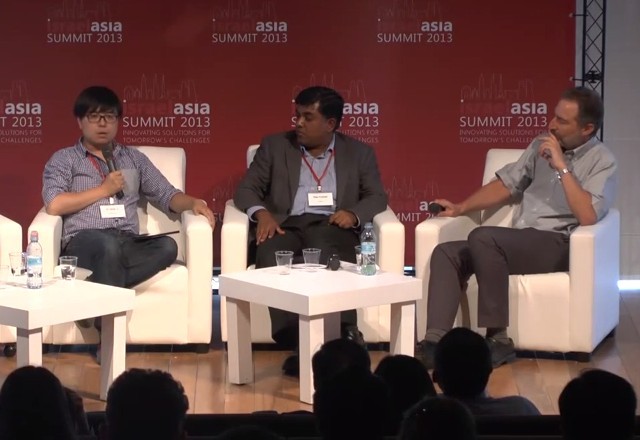 For years many the feeling was that Europe had unquestioned leverage with Israel and therefore could take sides without losing its clout. But trade and tech have taken their toll on this assumption. Israel is building alliances in Asia, and European leverage is sure to suffer.

Despite the centuries of anti-Semitism that marked most European nations and the guilt borne by them for their actions during the Holocaust, Europe, in recent years through the machinery of the European Union, has waged a constant campaign of criticism and condemnation of the policies pursued by Israeli governments, going so far as to impose economic sanction against Israel.

The second point was made in an op-ed in late February by Clemens Wergin in the New York Times, Why Israel no longer trusts Europe.

To Europe, the Israeli-Palestinian conflict is the root of all problems facing the region — a view in no way altered by the Arab Human Development Reports published by the United Nations since 2002, which showed that Arab autocracies and cultural backwardness were the root of the region’s woes.

Even after the outbreak of the Arab revolutions revealed that indeed corruption — and lack of dignity, democracy and opportunity — were to blame for the rage of the Arab street, Europe insisted on the centrality of the Israeli-Palestinian conflict.

Wergin blames Israel, in part, for having “brought some of that on itself,” but he still acknowledges “Europe has also lost the measure of how one-sided its approach has become. European officials have a habit of aggrandizing obstacles for peace put up by Israel and minimizing those put up by the Palestinians.”

Prime Minister Benjamin Netanyahu made similar points in comments on the opening of the Chinese language website of The Times of Israel:

Prime Minister Benjamin Netanyahu told The Times of Israel he foresees a further expansion of Israel’s relationship with China and that Israel has “a strong affinity for China….

Overall, trade between Israel and China reached $8.4 billion in 2013, compared with $6.7 billion in 2010, according to the Central Bureau of Statistics.

Said Netanyahu to The Times of Israel: “We have a strong affinity for China. We see the impressive successes of China and believe that Israeli technology can complement China’s efforts to achieve even greater prosperity.”

If Europe has lost all sense of proportion in the Middle East, why shouldn’t Israel, as Prof. Jacobson has noted, build ties with China and India? Europe for now, is Israel’s largest trading partner. But Asia is now Israel’s second biggest trading partner, having passed the United States, and if the trends continue, it will likely challenge the European Union in a few years.

Good for Israel. I wish they could dump Europe even sooner.

I think you need to look at it more strategically. There is little doubt in my mind that Israel does NOT count the US as a 100% committed strategic partner today as it did since its inception.

China represents the best of all worlds to Israel moving forward.

1. It has a permanent seat on the UN Security Council so it can block resolutions aimed at Israel.
2. It has manufacturing capacity to produce Israeli designed arms and weapon systems.
3. It is about 10-20 years behind the US in respect to its current military and its capabilities. Israel can dramatically reduce that window to almost nill in a very short span of time
4. China has little political interest or investment in the Arab side of the equation as do the Europeans and to a larger than normal extent, the US.
5. China does not have to deal with the PC winds that blow here and in Europe.
6. There is no inherent anti-Semetism in China. In fact they respect the Israeli’s way of life and operating system.
7. The younger generations of Americans and Europeans are more and more anti-Israel and that is a disturbing fact and potentially will have great influence on their foreign policies in the future. Strong head winds that are not present in China.

Israel has been moving towards China for lots of reasons, its survival being one of them. Don’t be surprised to see Israel play a China trump card if it has to or is forced to by Obama.

The time is fast approaching where the Iranian nuclear program will need to be dealt with. Any major event in the Middle East will provide a clear field for major changes in relationships between Israel and the major players – China included.

It must be nice for the Israelis to deal with a country where the only real prejudice they face is that of being round-eyes.

That is not an issue in China. Skin color is, and if you’re from a rich country they will condescend to overlook that little flaw. Israel should go to Japan and SKorea for manufacturing because they will build quality. The holy trinity of China is money, knowledge, and exercise, and lots of folks fon’t care how they acquire the first two. Israelis should keep their eyes peeled for intellectual property theft. Copying is to China as innovation is to Israel.

China would be their first choice for lots of reasons. Again they have a permanent seat on the UNSC and that is huge considering that about half of all UN resolutions have Israel in their sights.

They also have greater strategic value than Japan and South Korea.

Little doubt in my mind that Obama has created the potential for Israel to create a new strategic partnership that could be very detrimental to US interests while being a very positive thing for China.

The Chinese would stand to benefit immensely both economically, militarily, and politically in foreign affairs.

“With Israel they catch up to the US in a heartbeat. And they gain economically too to a much larger degree.”

Do you really think that Israel would alienate the US by exporting advanced military technology to the Chinese? How much do you think Israel has to lose?

And keep in mind that any Chinese shift from Iran to Israel has rather direct political and economic ramifications in China. We’re not talking about a game of Risk, trading hypothetical advantages and disadvantages on a game board.

I don’t think Israel’s move into Asia is quite as simple as people are making it out to be.

China has a tremendous amount of money invested in Iran, both in terms of trade and in political capital. China has also sold Iran billions of dollars in arms- both conventional and chemical in nature. Furthermore, China has proven to be an invaluable ally to Iran’s nuclear program– indeed Chinese nuclear experts, scientists, and technicians are presently in Iran.

And let’s not forget China’s development of economic ties in Africa. Billions in trade come from places like Nigeria (~50% Muslim), Libya, etc.

If push comes to shove, in the Middle East. I see no reason for China to alienate their ally Iran for a trade relationship with Israel, let alone siding with Israel in any sort of conflict.

South Korea is an export oriented country, so the potentials there for Israel are probably limited.

Japan also exports quite a bit, and what they tend to import is mostly raw materials, which once again limits Israel’s appeal. It should also be noted that Japan imports quite a bit of material from Saudi Arabia, Indonesia and the United Arab Emirates.

India is an interesting possibility, although I wouldn’t bank on India’s political, social, or economic stability.

But let’s also remember that both Malaysia (Israel and Malaysia do not maintain formal diplomatic relations, and Malaysia has talked about Zionist plots to destroy Malaysian and Islam in the past– although the two countries do seem to trade a fair amount) and Indonesia (where Israel is very unpopular)are pretty major major players in Asian trade relations.

Israel has a tremendous uphill battle in courting Asia. It might be worth doing, but it will not be easy.

Yukio, thanks for that perspective.

You may be correct. But I dont think China has the same interest in Iran that it does in Israel. And Russia is a larger supplier to Iran than China by far.

China has MUCH more to gain from Israel than Iran. What does it gain from Iran? Another nuclear power substate it has to watch over. You would think one is enough of a headache. And the Chinese don’t want to be associated with a nuclear event that they even helped in the most minute way.

Focusing on Iran and what it can offer China, I cant think of a single thing outside of trade on the plus side. They have nothing to offer the Chinese.

Israel has everything the Chinese want and more. With Israel they catch up to the US in a heartbeat. And they gain economically too to a much larger degree.

Time will tell and I am not sure Israel wants to make that broad a move yet unless forced to by Obama.

I have always thought given our current political class in Wash DC that Israel’s best play is China. Still do.

“Do you really think that Israel would alienate the US by exporting advanced military technology to the Chinese? How much do you think Israel has to lose?

What does Israel have to lose if it starts developing more of a military relationship with the Chinese? What could the US do if Israel does shift? Become less friendly than it already is? Do you not think the Chinese in a heartbeat would make up any loss in financial support. The only difference would be that they would use money that was not borrowed or printed out of thin air 🙂 It would be ironic – the Chinese trading or loaning Israel money it derived from sales of the goods to the US….

I would offer up that the US has a lot to lose too. Google all the weapons systems and technology developed by the Israeli’s that we use. It is quite impressive. And then you can extend that search to all the non military technology that has been developed in Israel that we use. I would posit the US has more to lose than Israel if Israel “switches” to China as its big brother.

Israel and the US up until this administration has always been on the same page. Now that is different. A lot will ride on who is the next POTUS – and if they continue this current administrations middle east policy’s.