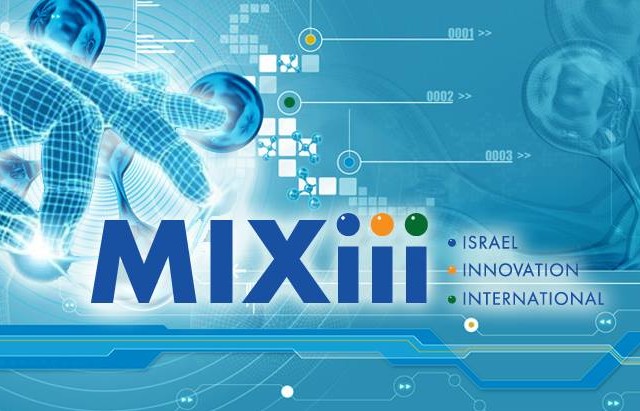 Two days ago we asked, Did Indian election eviscerate BDS?, noting that election of a pro-Israel party and leader made likely vastly expanded business for Israel in India.  We noted also a massive joint academic research deal signed with China.

It has just been announced that Israel had signed massive trade deals with various Chinese provinces, and 350 Chinese entrepreneurs attended a tech conference in Israel, as reported by The Jerusalem Post, Israel inks tech pacts with China’s Silicon Valley

Israel signed a bilateral industrial R&D cooperation agreement on Tuesday with China’s Zhejiang Province, known as the Silicon Valley of China, as 350 delegates from the Asian giant attended MIXiii, the Israel Innovation Conference.

“The science and technology of Israel need market potential and also market rules, and Zhejiang is a great partner,” Zhou Guohni, director- general of Zhejiang Province (population 55 million), told The Jerusalem Post at the signing in Tel Aviv. “We are facing a transformation and upgrade of the industry, and we need Israel’s technology to help transform and upgrade it.”

The Economy Ministry’s Chief Scientist Avi Hasson said the agreement “will help many Israeli companies expand into the Chinese market and marks the next stage in the economic and technological relationship between our two countries.”

Read on, the expansion of ties is even wider than described above.

Meanwhile, on campuses like UCLA, U. Michigan, Wesleyan and a dozen or two more, naive students are trying to get their student governments to call for divestment from selected companies doing business in Israel. The student governments have no power to effect divestment of university endowments, it’s all symbolic.

Sure, we’re going to fight BDS vigorously, to the end, because it’s malicious.

Witness what happened at Vassar, where SJP actually posted a Nazi cartoon and cited white supremacists for their anti-Zionist theories.

But the world is moving on.  The two most populous nations in the world — not to mention the United States — are solidly behind expanded economic ties with Israel.

You are being played for fools students, by people who are invested in continuing the conflict here and abroad.

If you truly wanted to help the Palestinians you would speak truth to them, that true historic compromises are needed and that it’s time to end the war against the Jewish national presence.

It appears that more and more college students are figuring out that they don’t like being used:

#DawgsDivest is resoundingly rejected with a vote of 59-8. Truth and justice triumph over bigotry and hate. #BDSisBS #ZionStandUp

Wow 59-8. That's a pretty devastating defeat for #BDS at the University of Washington #dawgsdivest

This nation will in future be led by many who are graduating today.

Today, China and India are rising. Will this BDS-indoctrinated, ideology-permeated generation be ready to compete with such global economic challenges?

With our $17 Trillion debt (mostly with China), they may never even get the chance to find out.

In the past, I’ve worked with many of the folks at Toga Networks which is affiliated with Huawei, the Chinese telecommunication conglomerate.
So Chinese-Israeli partnerships are nothing new.

“Meanwhile, on campuses like UCLA, U. Michigan, Wesleyan and a dozen or two more, naive students are trying to get their student governments to call for divestment from selected companies doing business in Israel. The student governments have no power to effect divestment of university endowments, it’s all symbolic.”

Why do they do this? More precisely, who is pushing them to do this, and on what basis? Both the names of the faculty, and the demonstrably false historical claims they make, are part of the story.

Sunlight is the best disinfectant, and it is best applied to all the dirt.

Universities should make expulsion the penalty these folks pay for this ignorant protests. They dont believe in constitutional rights? Well, deprive them of theirs. They are on campus to study, anything else should be cause for expulsion.

Advice to Israeli academics and researchers: when you’re working with the Chinese, keep your stuff on a password protected disk which cannot be accessed when you leave a room for any reason. Why? Your colleagues will access your disk without your permission and copy whatever materials you have without a qualm. They want it and they will take it from you without thinking twice.