It’s not “Islamophobic” to stand up for the rights of women in the Muslim world. 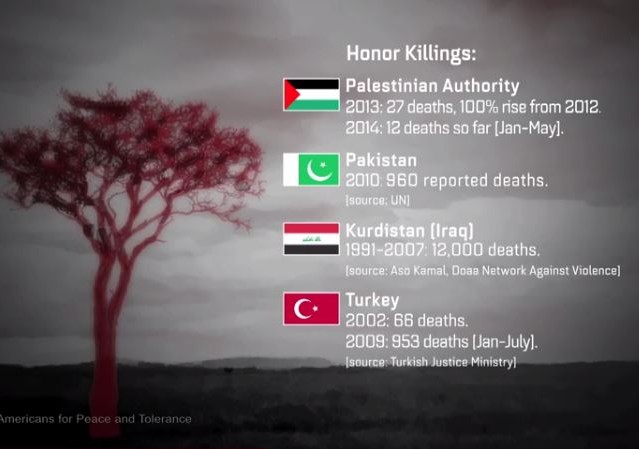 We previously covered the revocation of Ayaan Hirsi Ali’s invitation to be the Commencement speaker at Brandeis University as part of a larger effort to brand the defense of women’s rights in the Muslim world as “Islamophobic”:

In a video released by Americans for Peace and Tolerance, Chloe Valdary explains why it is important to speak out for abused women even when it is not politically correct:

One has to wonder, again, at the silence of Western feminists.

Hats off to these ‘real women’ who stand up and fight against the real and longterm war on women – Islam.

Islam has maligned, demeaned, oppressed and violated women from its beginning until now. Islam is anti-woman in its core texts and in its doctrines and practices.

Which brings me to a joke:
Question – Why didn’t Mohammed allow his followers to eat pork?
Answer – Because he was a male chauvinist pig and didn’t want to get eaten by mistake.

Professor, I sincerely apologize for my joke. No excuses.

I guess I’m just insensitive because I saw nothing for which an apology was appropriate.

It’s a good joke and made even funnier by using the language of the feminists, who of course stay silent about women ud er sharia.

(Self) promoted from the tip line…

Mark on the anniversary of “Everybody Draw Mohammad Day”, and how the cartoonist who came up with the idea has simply disappeared out of fear of Muslim reprisals.

Her name was…WAS…Molly Norris. Nobody knows what her name is now…if she’s alive.

Feminists aren’t bashful about offending. They are simple cowards, like the rest of the Collective. And MANY of them, like Pres. ScamWOW, have a very strange, selective view of Islam.

If he had a sister, wouldn’t she look a lot like Meriam Ibrahim?

He does have a sister, Indonesian, and since Meriam is Christian and his sister is not, Obama would say Meriam doesn’t look like his sister, so no need for outrage or help.

St. Augustine said,”The truth is like a lion. You don’t have to defend it. Let it loose. It will defend itself.”