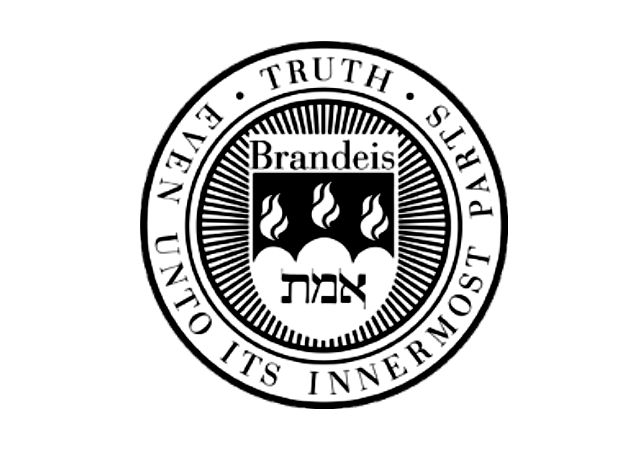 The fact that Brandeis has bowed to pressure and canceled its plans to award Hirsi Ali an honorary degree at commencement should not be a surprise. It is merely a continuation of a decades-long trend in academia towards placating the left, and in favor of cowardice.

It’s an especially interesting incident, though, because it highlights the fact that, in a choice between protecting women’s rights and protecting Islam—two causes beloved of the left—the latter apparently trumps the former in importance.

Ali is a champion of women’s rights, and that’s one of the reasons she is so against Islam: because of its attitude towards women. She should know; she was brought up as a devout Muslim, born in Somalia and raised in Kenya, and subjected to genital mutilation surgery at the age of 5. This is no casual and uninformed critic of Islam:

By the time she reached her teens, Saudi-funded religious education was becoming more influential among Muslims in other countries, and a charismatic religious teacher who had been trained under this aegis joined Hirsi Ali’s school. She inspired the teenaged Ayaan, as well as some fellow students, to adopt the more rigorous Saudi Arabian interpretations of Islam, as opposed to the more relaxed versions then current in Somalia and Kenya. Hirsi Ali had been impressed by the Qur’an before she could even read, and had lived “by the Book, for the Book” throughout her childhood.

She sympathised with the Islamist Muslim Brotherhood, and wore a hijab together with her school uniform, which was unusual at the time but gradually became more common. She agreed with the fatwa against British writer Salman Rushdie that was declared in reaction to the publication of his controversial novel The Satanic Verses.

There is no question whatsoever that Ali is a brave person.

Not so of the administrators of Brandeis, who in their official statement can’t even bring themselves to be specific about what it was that gave so much offense that they felt the need to disinvite Ali:

That said, we cannot overlook certain of her past statements that are inconsistent with Brandeis University’s core values. For all concerned, we regret that we were not aware of these statements earlier.

This is not only cowardly, it’s almost certainly disingenuous as well.

No one familiar with Ali’s life and work could fail to notice that she has been very, very critical of Islam. The specific statements hardly matter; it’s the whole of her attitude that should have been the tipoff.

Here, however, is the supposedly offending statement, uttered in the context of a Reason interview from 2007:

Once [Islam is] defeated, it can mutate into something peaceful. It’s very difficult to even talk about peace now. They’re not interested in peace. I think that we are at war with Islam. And there’s no middle ground in wars.”

Here’s Reason’s take on the Brandeis action, and here’s the original interview. Her attitude towards Islam and “moderate” Muslims can be found here:

There is no moderate Islam. There are Muslims who are passive, who don’t all follow the rules of Islam, but there’s really only one Islam, defined as submission to the will of God. There’s nothing moderate about it.

This sort of thing has been defined as “hate speech” by the anti-Ali forces, who wrote in a petition to the administration:

How can an Administration of a University that prides itself on social justice and acceptance of all make a decision that targets and disrespects it’s own students? This is hurtful to the Muslim students and the Brandeis community who stand for social justice.

Note the buzzwords “social justice,” the lack of attention to whether Ali’s statements might have been true or not, and the emphasis on how it hurt the feelings of some students. This is the way it goes at most universities these days.

Note also that the petition was signed by 85 of 350 faculty members, a surprising small number considering the percentage of faculty who can be assumed to be on the left and dedicated to PC thought. But it was enough to convince the administration the university would be better off jettisoning its plans.

It would be good to see a backlash against Brandeis mounted on the part of its donors and alums for this craven official act of the university (as opposed to a private belief). But don’t sit on a hot stove till that happens.

Hirsi Ali is tremendously courageous to look in the devil’s face so continually and spit in his eye. Somewhere out there, a bunch of oppressed women are ululating and a bunch of men are doing the Saddam dance and chant: we give, outer lives, our blood for you Islam!

Until the article posted its motto I was unaware of the Brandeis shibboleth, er, supposed shibboleth.

“Truth, even unto its innermost parts,” reads the motto on the Brandeis seal.

Nothing Hirsi says or maintains is untruthful. And Muslims know it, explaining the lengths to which they will go to shut up anyone who dares speak the truth about Islam, about its declared intent (via Koran, Hadiths) to subject the world using all available means (jihad as in holy war), about its supremacist nature. Allah has declared, so Muslims believe, that Muslims are the best of peoples (Koran 3:110), and that the infidel (the non-Muslim) is worthless (Koran citations too numerous to list out here).

Hirsi simply reports the truth about Islam. She has repeatedly received the Robert Spencer treatment.

The question remains. Why do Muslims not want the world to know the truth about their religion. And why do institutions, Brandeis now being added to that list, want to help Muslims keep the world in the dark about the Islamic ideology.

Robert Spencer lays it all out in his characteristic excellent style,

“Brandeis has bowed to pressure” — from whom? From the links, above:

Sarah Fahmy, a member of the Muslim Student Association who created the petition, and falsely accuses this brave woman of being “homophobic.”

Ibrahim Hooper, spokesperson for CAIR, which still claims to be “the nation’s largest Muslim advocacy group.” This is interesting, because CAIR lost all its American muslim membership by about 2007, as it became more and more publicly radical. This raises the question what, exactly has CAIR become, and who is paying for its activities.

There is a notable lack of interest among law enforcement authorities into investigating Islamic money. You have multi-million dollar mosque projects being started for tiny numbers of people, far too few people for them to have funded it themselves. You have Jamaat al-Fuqra sects putting up training camps all over the US. You have CAIR itself, a Muslim Brotherhood front.

The founders of Brandeis U. are probably spinning in their graves.

“Truth, even unto its innermost parts”

The Brandeis motto has been modified to:

“Truth, even unto its innermost parts”*

*(“Unless the Muzzie unindicted co conspirators at CAIR whine and complain or the anti-semitic students we’ve been breeding here do so.

But that wouldn’t fit on the escutcheon so we put a post it note on it.

The objection seems to be that Mrs Hirsi Ali claimed that Islam has a “war on women”. Democrats claim this ALL THE TIME with respect to Republicans. Doesn’t that qualify as hate speech “inconsistent with the core values of Brandeis”? Not to mention completely untrue in the case of Republicans. The Republicans I know are very fond of women.

Brandeis: an erstwhile Jewish inspired University without the ‘Jewish’ and therefore no guiding theologically moral principles. Hell, there isn’t any ‘truth’ in their logo, no matter the three Hebrew letters proclaiming truth.

Can my Jewish friends here help me to understand something? I have great respect and fondness for Israel, both as a state and as a people, and also because of my Christian beliefs and heritage.
I have numerous Jewish friends here in the US. Without fail, every single one of them is beyond pacifist to the point of being incredibly ignorant of politics and world events. It’s not that they don’t grasp the events, but rather that they choose to not educate themselves, saying they can’t do anything about the problems in the world today anyway, so why know about it. They vote Democrat without fail, and without thinking or evaluating any of the candidates.

Is pacifism so rampant from Western Jews because the holocaust made them feel that , as victims, they should always be aware and defer to anyone else who claims to be a victim?

I don’t understand it. And they seem , when asked, not to be able to explain it or express it either.

I am Jewish and I don’t understand it either. Part of the reason seems to be that Jews are associated with the civil rights movement. The election of Obama as president seems like the ultimate realization of the civil rights movement, so Jews supported Obama and the Democrats. Like all things when one makes mistakes of judgement, it is only human to be in denial when those judgements are incorrect. It’s a slow process of education, debate and discussion that needs to take place for this to change. The polarizing rhetoric of political discourse doesn’t facilitate this. My liberal Jewish friends think that the tea party supporters are allied with the birther movement and support teaching creationism in the science curriculum. When the republicans are tarred with this type of brush, it makes sense to stay democratic.
Your question is very important and I would love to hear other opinions.

Brandeis is apparently incapable of the most basic research . Aayan is one of the most public speakers around on a range of topics from aetheism to islam to women’s inferior status in the ME / Africa.

I think she might have comments that offend every offendable group out there.

This will only add to her fees . She was one of the head panel along with big names eg Dawkins at the Global Atheists Convention in Melbourne 2012 . People paid $350 for 2 days of fun .

Now she will go right to the top .

Brandeis has just succumbed to pressure from the most villainous cult known to mankind. Islam. They have no redeeming qualities nor any contribution to the modern world but death and enslavement. To dishonor this brave woman by inviting and then rescinding her invite is below the dignity of even the most ordinary junior college. But for Brandeis University to dishonor its own heritage by rejecting Aayan’s invitation and then have the temerity to invite Aayan to come and participate in the “Debate” of the issue on their diverse campus is despicable.