#FL13 is haunted for Democrats, as another top candidate bows out

#FL13 is haunted for Democrats, as another top candidate bows out 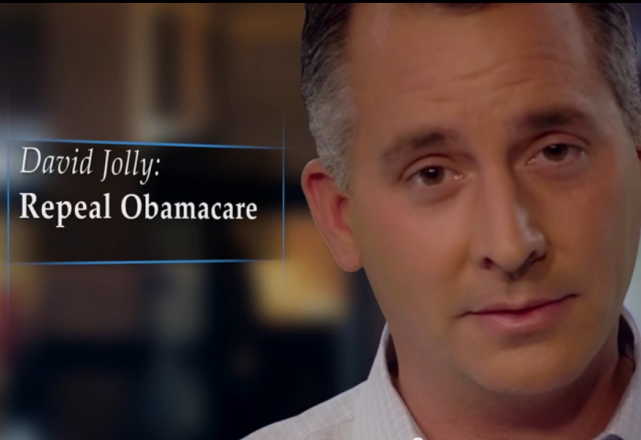 Then Sink decided not to challenge Jolly in the November election.

Then Democrats recruited Ed Jany to run against Jolly.

Then Jany dropped out after issues were raised about his resume, via AP:

A top Democratic recruit is dropping out of a key congressional contest in Florida after facing questions about the credibility of his resume.

Ed Jany said in a statement Tuesday that he is withdrawing from the 13th Congressional District race against Republican Rep. David Jolly. The Marine Corps Reserve colonel cited his work commitments at a communications firm.

The news is an embarrassing blow for national Democrats, who had hailed Jany as a top prospect in a swing-voting district.

The withdrawal comes days after the Tampa Bay Times published a report showing Jany had claimed a degree he did not earn.

Jany also faced other challenges. He did not live in the Pinellas County district and would have appeared on the ballot without a party affiliation because he has been a Democrat for less than a year.

Oh, and Democrats strong-armed an African-American minister to stay out of the race to clear the way for Jany, via Tampa Bay Times:

The sudden and surprise announcement comes days after a Tampa Bay Times report about him seemingly padding his educational background and resume.

Jany entered the race at the last minute — after Democrats more or less threatened a prominent African-American minister to keep him out of the contest.

Apparently Democrats are determined to challenge the old political axiom, “You can’t beat somebody with nobody” in Florida’s 13th District.

Just a couple weeks ago, Democratic strategists tried to pull off some ballot jiujitsu by keeping the Democratic field clear until after the filing deadline so they could run former Republican Ed Jany as a “No Party Affiliation” candidate in the general election.

Keeping the Democratic field clear looked like a good idea until Jany dropped out of the race Tuesday, leaving Democrats with no candidate at all in a very competitive district that Republican David Jolly won just two months ago.

Jany cited work conflicts as a reason for dropping out. But the Tampa Bay Times wrote a blistering story over the weekend poking significant holes in his resume.

In the small world of House races, this is a pretty major mistake. While Democrats didn’t have a clear path to a majority before Jany’s exit, now another competitive Republican seat is completely off the table.

Since Democrats don’t have a candidate, I think we’re pretty secure in changing ourRothenberg Political Report/Roll Call rating of the race from Lean Republican to Safe Republican.

I thought only Republicans could outsmart themselves.

Heh. I guess that will teach African-American’s. Don’t run against the machine. Just keep supplying the votes to the social…. er Democratic pary.

Democrats: the Party of Dishonest.

Why did he switch parties? Him being a Marine colonel [res.] implies he has a modicum of honor. So what was his rationale?

On the other hand, the misrepresentation in his resume implies that when he became a Democrat, he went all the way.

We can’t even trust a Marine???