Reactions to the Earthquake in #FL13

Reactions to the Earthquake in #FL13

Is it January 2010 all over again, when Scott Brown’s anti-Obamacare victory portended huge Republican gains in November? 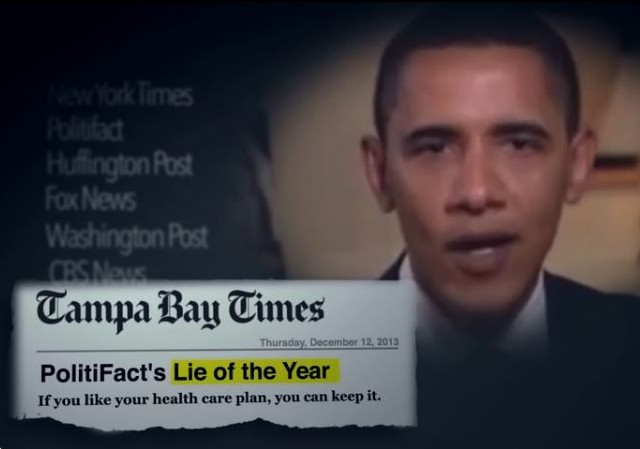 Sink supposedly had it all — no contentious primary, more money, an unpopular Republican Governor and national Democratic support.

But even the best of Democratic candidates went down under the weight of Obamacare and big government.  Jolly hit those themes throughout his campaign.

Why do I call it an Earthquake? Because that’s what I called Scott Brown’s unexpected victory in Massachusetts in January 2010. Brown caught lightning in a bottle, and that lightning was opposition to Obamacare in an off-year special election. It portended huge Republican and Tea Party gains the following November.

If I’m a Democratic House member in any competitive district in America or a Democratic incumbent senator up for re-election this year in a moderate-to-conservative state like North Carolina, Arkansas, Colorado, Alaska or Louisiana, I’m waking up more than a little anxious about what happened in Pinellas County on Tuesday.

In Alex Sink, Democrats had a better-funded, well-known nominee who ran a strong campaign against a little-known, second- or third-tier Republican who ran an often wobbly race in a district Barack Obama won twice. Outside Republican groups — much more so than the under-funded Jolly campaign — hung the Affordable Care Act and President Obama on Sink.

One of the key questions in the race was whether a “fix, don’t repeal” message would resonate with voters dissatisfied with the health care law but unwilling to give up on it. The verdict is incomplete, but it’s an early sign the depth of anger over Obamacare. Democrats are hoping for higher turnout in the November midterms, but core Democratic groups usually show up in lower numbers in off-year elections, too.

“Alex Sink followed the Democrat playbook to the tee and she couldn’t escape the weight of Obamacare in even an Obama district,” National Republican Congressional Committee Executive Director Liesl Hickey told National Journal.

Mr. Obama’s job approval ticked down to 41% in March from 43% in January, marking a new low. Some 54% disapproved of the job he is doing, matching a previous high from December, when the botched rollout of his signature health law played prominently in the news. The latest survey also showed the lowest-ever approval in Journal/NBC polling for Mr. Obama’s handling of foreign policy….

Americans surveyed in the poll said they were less inclined to support a candidate if the person had been endorsed by Mr. Obama or was a “solid supporter” of his administration. Approval of Mr. Obama is particularly weak in the South and Midwest, regions where Democrats could have a tough time defending Senate seats.

Now Democrats are in panic.  Whether they should be is open to debate, but panic it is.

Relax everyone! Boehner and McConnell will rescue Obamacare for the democrats.

Jolly also opposed amnesty which was a direct contrast to Sink’s we need to legalize these people so we can all get cheap lawn service and maids statement.

Is there any data showing how big a factor Jolly’s pro-border integrity stance was in this win? If its significant we need to beat the Boehner et.al over the head with the data.

Give people a choice rather then an echo and it looks like they will vote the way we are hoping.

Unfortunately the Republicans leadership, to this point, hasn’t been listening to what the electorate wants.

Ah Oh? Global warming is no longer the biggest threat to the world?

Man-Made earthquakes are now the biggest threat to mankind! (at least to sink-hole Democrats!)

It might divert Democratic money from house races, as this goes a long way towards the GOP keeping the house. Now that money might be spent keeping the Senate in Dem hands.

I’ll defer to wonks and numbers folk, but it seems to me a spread thin party is more susceptible to a wave election that affects both chambers.

Which is what we need.

Sure, it’s bad news, because it’s bringing concern trolls like you out for the rest of us to scroll past.

Go back to your masters and tell them it’s not working.

A Lyndon Larouche follower whose campaign was mostly “Impeach Obama” won 21& of the Texas Democrat primary for US Senate last week, forcing a run off. Both the media and the local Democrat organizations went into overdrive to make sure voters knew this African American woman was a follower of the crackpot LaRouche. It didn’t seem to matter to many voters. Also, unlike the 20% of the primary vote earned by Ray Madrigal, the Hispanic opponent to Wendy Davis, Kesha Roger’s support was spread all across Texas, including counties in which there are few African Americans. She even won the Houston suburb of Waller County.

Interesting about Kesha Rogers and her “Impeach Obama” campaign. I did not vote in the recent Texas Republican Party primary, so I am a “free agent” (so to speak).

I think I will do something I have never done in my life: I will vote in the Democrat Party primary runoff for Kesha Rogers. Texas is an open primary state, so it is not necessary to register as a Democrat. I’m not selling my soul; I am merely renting it out for a while.

I know Rogers’ chances of winning are nil: the Democrats will commit whatever fraud it takes to keep her from winning, and the Texas media will work hard to ignore such cheating. Her position about impeaching Obama is as unpopular as can be, so even in a fair election Rogers has as much chance of winning as Bill Clinton has of keeping his hands to himself. I also know Larouche candidates are seriously cracked. And I doubt if she would be serious about impeaching Obama if she somehow won in November.

But just think of the fun if she (by some miracle) won the nomination, or made a good showing in the runoff! Already the hard left Texas media is cranking up the tiresome “war on women meme” in an effort to boost Wendy Davis’ long-shot campaign. The Democrat/media complex would be hard-pressed to explain why they are supporting the rich white Wendy Davis while simultaneously trying to destroy Kesha Rogers, a black woman (I refuse to use the racist garbage term “African American”).

Finally, the reason I did not vote in the GOP primary was my absolute loathing of John Cornyn. I stayed out in the long-shot home that someone would run a third-party or independent challenger would take on Cornyn, and I wanted to be able to sign the petition to get him/her on the ballot.

The Democrats and the media keep saying Alex Sink was a great candidate. She had already lost a couple of elections. She is an older (retirement age) extremely wealthy woman with foot in mouth problems. Her background is in banking. She is a widow. While I am sure she is a very nice lady, running for Congress to cap off a career with her connections may not sound so hot for the voters. Democrats keep nominating people like this and wonder why a younger, more energetic candidate wins. She also carpet bombed the television channels rather than getting out an pressing the flesh. Maybe the voters were already sick of her and it looked like she was buying the House seat. The winner Jolly was out telling seniors how much Obamacare cut from Medicare to their faces up close and personal which she did not do with the joys of Obamacare. It looks like he out campaigned her.

“Democrats keep nominating people like this and wonder why a younger, more energetic candidate wins.”

As a fully fledged member of the Bob Dole, John McCain party I avoid carrying rocks anytime I am near houses constructed mainly of glass.

Elliott, she “carpet-bombed” the media rather than “press the flesh” because she’s not very good at the latter. From what I’ve seen on video of her campaign stops, she’s pretty wooden and not very charming. It may be that being there live would make a difference, and if someone has I’d appreciate the correction.

But if you’re not so swift on the campaign trial, it’s better to stay inside and flood the airwaves.

Let’s not make too much of this.

Signs are good — but we’ve got our work cut out for us in November. Donate, volunteer, vote.

It is a big deal because Jolly is far from an ideal candidate. He’s worked as a lobbyist and as a Congressional staffer. Republican staffers who attempt to replace their former bosses often have an uphill fight to explain why they aren’t creatures of the DC culture. Then there the divorce papers signed less than two months ago and the stunning new girl friend dubbed the “child bride” because of the 14 year age difference.

I have not seen MSDNC in over 2 years. I swear its like a state run media for the dems — and I say that as a former dem.

Mika, or whatever her name is, that constant sighing whenever the other idiot brought up the polls that Obie is doing awful…

yea, MSDNC you guys have your work cut out for you reelecting dems.