Maybe the problem isn’t the old white male part, but the liberal part. 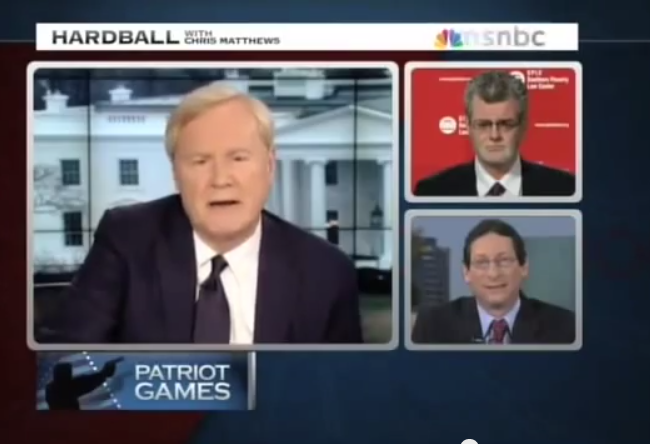 This confirms so much.

Ed Schultz., Chris Matthews, Lawrence O’Donnell and so many other are the most vicious accusers.

Turns out they are just projecting their own seething anger and life frustrations onto us.

A poll released last week reported that 7 percent of American journalists say they are Republicans. The survey also found that the news force is aging, having a median age of 47. And 62 percent of journalists are men. A mere 8.5 percent of full-timers are minorities. Less than 1 in 4 are “very satisfied” with their job. In short, the profession that dubbed the Republican Party a refuge for “angry white men” is teeming with angry white men.

The irony here is wasted on the ink-stained-wretch community.

Of course, there are plenty of angry liberal journalists who are not old white men who project their anger and frustrations onto us.

Maybe the problem isn’t the old white male part, but the liberal part.

We’re happy here at Legal Insurrection.  Maybe it’s because we look more like America than many liberal publications.

Or maybe it’s the comfort of knowing that we are right.

Happy and right.  It doesn’t get any better than that.

“Bernie Goldberg, a former CBS reporter who is now with Fox News, thinks many of the self-identified “independent” journalists are liars who ‘know better than to tell the truth and tell the pollsters who they really are.'”

You know what they say about Sherlock and poop.

I occasionally check the Twitter feed of the L.A. Times political reporter with whom I went to high school (I was a feature writer and he was the editor).

Checked it a week ago or so and scrolled back in time.

And there on his Twitter masthead (or whatever it’s called), is “L.A. Times Political Reporter” first.

He appeared once on Hugh Hewitt’s radio show and Hugh grilled him.

When he spouted the usual “Obama was called a Muslim by members of the media” lie, Hugh called him on it.

Hugh said it was BS. Told my old classmate to Google it during the commercial break and come back with one single name of a mainstream media personality who said that.

After the commercial break, Hugh went back to him and … dial tone.

He wrote some awfully mendacious columns in the Times when the ACORN story erupted. He tried to defend ACORN and cast aspersions on O’Keefe and Breitbart.

Breitbart called him a liar on TV and Patterico ripped his nonsense to shreds on his site.

They think they’re clever, but they are so transparent (not the good type of transparent).

As Dennis Miller would say, you can see through them like a used bar of Neutrogena soap.

Oh, and speaking of Hugh Hewitt and Lawrence O’Donnell, I can’t remember what it was about, but Hugh caught O’Donnell in an obvious lie when he was talking to him on his radio show.

He told O’Donnell to divulge from whom he got some information or something like that, and O’Donnell refused.

Hewitt stayed on the attack, disarming every lame excuse O’Donnell came up with for not divulging his supposed source.

“Because you’re lying! Because it’s not true!” Hugh kept attacking.

Finally Hugh said something like, “Fine. You won’t say it on the air. I’m saying it’s because you’re lying. But let’s do this. Send me a private email, and I promise you I will never divulge what you told me. I will lose all credibility with my listeners if I don’t honor that promise. So just send me an email to show me you’re not lying.”

What did O’Donnell do?

Hugh just laughed and laughed. He had won and everyone listening, including O’Donnell, knew O’Donnell was lying.

It was a beautiful performance by Hewitt.

Hewitt also made O’Donnell look like an empty suit when he forced him to admit on the air that the only book O’Donnell had read on the Middle East and the war of terror was one of Bob Woodward’s anonymously sourced hack jobs. Hewitt rattled off half a dozen scholarly books he had read such as The Looming Tower. Power, Faith and Fantasy and O’Donnell was clueless as to their content.

Probably their insurance companies have denied their Viagra claims. Remember Matthews has that tingling down his leg thinking about Obama.

“Maybe the problem isn’t the old white male part, but the liberal part.”

I think, in all seriousness, that is probable.

Cognitive dissonance is a source of deep, dark confusion and that can translate to an amorphous anger at…who the hell knows what?

I think that living as a Collectivist…knowing somewhere deep down you are deluding your self…often leads to a condition I think psychologists refer to a “bat-spit crazy”.

It is very clearly clinically expressed in Mathews and Elanor Cliff…and dozens of others. bsNBC seems to be a regular nest of these unfortunate sufferers.

Or maybe it’s the comfort of knowing that we are right.

One thing uber-libs really know is that they are right. Always, without question.

So, the Angry Left should be giddy as schoolgirls, rather than perpetually angry.

Michelle Malkin should be awarded the Nobel Prize in Physics.

Olbermann, O’Donnell, Matthews, Schultz, and all the other angry white male MSNBC hosts …

I can’t watch MSNBC, even to see them make fools of themselves. I removed it from my channel list after they fired Imus. There is simply no point.

These guys must be the “white privilege” people that everyone keeps on about: they are still on TV getting paid big dollars even though they say nothing of consequence.

No doubt George Soros finances their “white privilege.” They are his hand puppets “Punch & Rudely.”

With Piers out, how many more “white privilege” “dudes” to go?

I think there’s some low T going on here. And, these guys probably went to a recent white privilege seminar where their worst possible nightmares were realized– they are WHITE and they have used their whiteness on a daily basis to leverage their despicable lives!

Considering how much money these largely talentless guys haul in from a dying industry I am surprised there isn’t more dysfunctional behavior. They must be in a constant state of dear that their gravy train is about to be cancelled.

Well, they’ll all have plenty to be angry at very soon. About November 2014, I’d say.