A southern style legal education and a lesson in diversity

A southern style legal education and a lesson in diversity

“Remember that diversity exists in more than just the tone of one’s skin, but in their thoughts and opinions as well.” 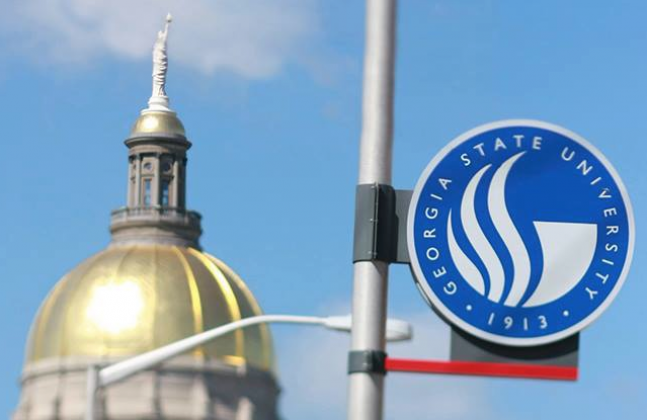 I graduated from the Georgia State University College of Law on Friday and, as tends to happen at occasions like this, I found myself reflecting on the years I spent there.

As I thought about the many specific instances of triumphs and shortcomings I experienced while in law school, I continually circled to a broader theme that I believe will ultimately have a far more profound impact on my legal career: the respect for intellectual diversity. It may seem like a simple concept, but it is one that has been under attack of late in the very place where it ought to be most protected: American higher education.

For example, just in the last few weeks we’ve highlighted the protest of Condoleezza Rice’s commencement speech at Rutgers University, which ultimately led to her withdrawal, and the anti-Israel Boycott Divest and Sanction (BDS) movement led by the American Studies Association. Invariably, these attacks on intellectual diversity, and others like them, share at least two things in common. They, 1) take place in institutions of higher education and; 2) have the shared goal of shutting down dialogue from what is perceived to be “the opposition.”

Receiving my law degree from Georgia State University ensured that I experienced very few of the mind-crippling effects of this kind of nefarious censorship.

I can’t be certain whether it’s a product of the university itself, or something as simple as its geographic location in the heart of downtown Atlanta. Perhaps it’s some combination of the two. Regardless, I am certain there existed a very real sense of diversity of thought at the institution.

Like many law schools, the student body population was predominantly left leaning. That said, its southern location meant there were no shortages of conservatives or libertarians on campus, either. This student body make-up was crucial to achieving intellectual diversity, but the ultimate gatekeepers to the concept were the professors. After all, how important is diversity of thought if you can’t make it known in the place where you and your peers are actually doing the learning?

While many professors wore their political and philosophical beliefs on their sleeves, the vast majority of professors also offered a classroom environment that welcomed all points of view. In my opinion, as long as you are sure to incorporate the latter, the former is perfectly acceptable.

To be sure, this environment is not exclusive to southern law schools. Indeed, the very existence of this conservative blog founded and run by a Cornell law professor should be evidence that. The environment is, however, becoming a rarer and rarer experience at universities and colleges across the nation.

Because I’ve had the opportunity to receive my legal education at a place like Georgia State University, I’m convinced that the emerging pattern of universities turning away from diversity of thought in favor of the current definition of “politically correct,” must be reversed.

Schools like Rutgers University should embrace having the opportunity to experience the unique perspective of Condoleezza Rice at their commencement, not protest it. Similarly, schools signing on to the BDS movement against Israel should embrace dialogue on the subject, not run from it.

Academia is a place where you are supposed to feel challenged, not have your opinions comforted and coddled. My peers and I were fortunate to find that in our law school experience at Georgia State University, and I wish it for others who are about to embark on their respective paths through higher education. More than this, though, I hope we as a society are able to stifle the growing tide of intellectual intolerance present in a variety of our institutions, but perhaps most importantly in education.

If it ultimately proves that we cannot, it will be an incredible disservice to the future classes coming through our educational system, who will be more concerned with minor offenses than with critical thought. They will be so tied up in ensuring what they do is acceptable, they will forget to challenge what is possible, and we will all be worse off for it.

With that in mind, I offer only one piece of advice to the person who is considering higher education, whether it be law school or otherwise.

Find yourself a southern style education.

Remember that diversity exists in more than just the tone of one’s skin, but in their thoughts and opinions as well. Avoid the comfort bubble, and always remember to challenge yourself. Find a place that provides an environment that allows and encourages you to challenge your peers, your colleagues, and your superiors.

If your experience is anything like mine, everyone will improve as a result.

I wonder if a part of your experience owes to the fact that many of the most hard core progressives, especially in the elite academe, still see the South as barefoot and snaggletoothed (metaphorically). So perhaps the tolerance and balance (?) you experience just shows that a newer institution like GA State just hasn’t been reached, yet. The New Tolerance just hasn’t been enforced.

Congratulations on earning a JD. You’re a good writer, good thinker, and I suspect you’ll be good at whatever you do professionally.

LI, are you getting desperate for articles?