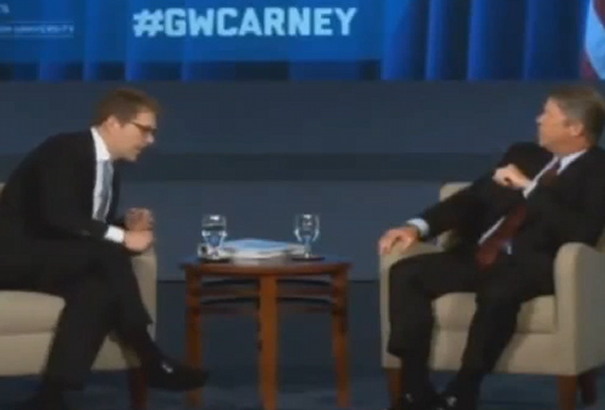 This is only news if you haven’t been paying attention.

I wonder if Carney intended this as a giant middle finger to the White House press corps or it just ended up that way while he was focused on pushing his real agenda, namely, denying seasoned reporters more access to Obama.

The MSM can be now be outdone by The Daily Show. What a sad comment on the fourth estate.

Carney: Obama’s Toughest 2012 Interview Was on ‘The Daily Show’

White House press secretary Jay Carney claimed that the toughest interview President Obama had during the 2012 presidential campaign was with the Daily Show’s Jon Stewart.

“I think if you look back at 2012, and the series of interviews the sitting president of the United States gave – probably the toughest interview he had was with Jon Stewart,” Carney said during a George Washington University event Thursday.