Tom Ridge: “I have decided that I am uncomfortable with their expected electoral work” 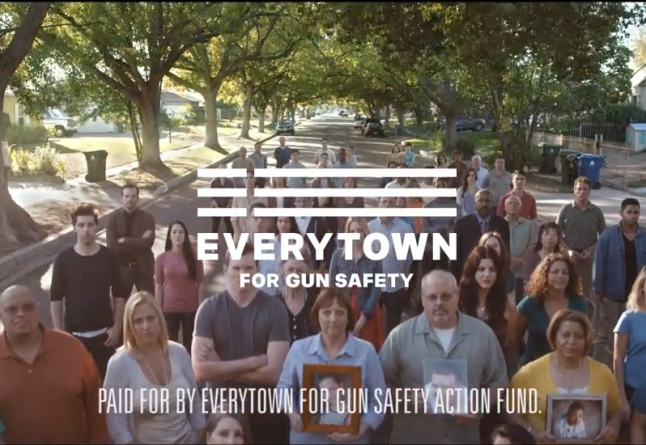 Former Republican Gov. Tom Ridge is stepping down from his position with Michael Bloomberg’s new anti-gun organization, The Daily Caller has learned.

“When I signed on as an advisor to Everytown, I looked forward to a thoughtful and provocative discussion about the toll gun violence takes on Americans,” Ridge told The Daily Caller in a statement, through a spokesman.

Bloomberg, hoping to add prominent Republicans to his gun control effort, had appointed Ridge to serve on the advisory board of his Everytown for Gun Safety umbrella organization. The New York Times reported last week that Bloomberg, the former liberal mayor of New York City, plans to spend about $50 million dollars to challenge the National Rifle Association.

While Ridge declined to go into detail about the “expected electoral work” Everytown has in store, it’s a safe bet there won’t be much room for “thoughtful discussion” on gun violence.

Take a look at their most recent ad, in which survivors and family members of gun victims attack statements made by NRA leadership.

What do you think? Is it meant to appeal to your thoughts, or to your emotions?

For their part, the NRA has released an ad responding directly to Bloomberg’s $50 Million promise. The ad, featured below, highlights the power of small contributions from its individual supporters.

Funny, the NRA is using a campaign of small individual contributions to get their message out. Millionaire Bloomberg, on the other hand, appears to be taking a different route.

It seems this campaign has the ability to draw attention to more than one faulty political narrative.

These hypocrite bastards. Nobody… NOBODY… has done and continues to do more gun safety training and advocacy than the NRA.

They don’t say so publicly, but their operating, ultimate, and hidden premise is that there can be no such thing as a totally 100% safe gun, therefore nobody gets one. For The Children.

“They” being The Bloomborg et al, not the NRA.

Nobody gets a gun….except for the armed guards protecting the lives of very important liberals like Mike Bloomberg and Diane Feinstein. You know the rules only apply to us peasants.

The aristocrats should have greater awareness. This is a major unforced error that they repeat ad infinitum. Well, the gun thing and self-defense, but especially their euphemistic normalization of generational genocide expressed as a “right” or “choice”. Only a dodo would fall for their well-intentioned deception.

I think this is exactly the sort of blind spot that the majority of the socialite crowd (the sort that goes to “black tie/white tie” events) has except right after they narrowly miss being killed by some gov’t group.

Let me translate that for you. “I’m cool with gun control, but I’m not helping you campaign against Republicans. If I piss off the other RINOs they won’t appoint me to cushy government jobs like head of the Department of Homeland Security.”

Ridge is a RINO. He’s squishy on gun control, and no one with even the tiniest brain could misunderstand Mikey Bloomberg so much that they thought he would be anything other than a gun grabber. So he can stick that “I didn’t know” crap right back up his backside.

Thank you for posting my thoughts! 🙂

This is kind of like Steyer and his “environmental” BS.

He has expressly stated that ONLY Deemocrats may apply for his money.

I does not matter how “environmental” a GOP type may be.

Guns…like all power tools…can hurt people. We still use chain saws and circular saws. Only guns are SCARY.

there is NO SUCH THING as “gun violence”. Please do not use that term again. Guns are not violent. They are, in fact, left to their own devices remarkably peaceful.

But we’re the ones who stifle speech and won’t discuss issues…..
Gun control continues to change names to find the low information voter to eventually ban all guns.

Bloomberg’s desire for a mantle-piece legacy didn’t work out with the Big Gulp episode, so now he’s throwing money at another “save the world” project – controlling people who lawfully own guns to protect themselves against the bad guys.

I’m guessing that the bad guys love Bloomberg’s ads. The ads help give the bad guys the advantage on the street. Everytown has its bad guys and its not the legal and trained gun owners.

The mentally and emotionally ill don’t care about any gun laws. Ask any Jared Loughner.

The jihadists don’t care about any gun laws. Ask any Nidal Malik Hasan.

Bloomberg’s money would be better spent by the NRA (and, of course, by Andrew Branca for his teaching motorcycle tours) educating people as to how to lawfully defend themselves from the above.

Gov’t is not in the best position to protect you at that blink-of-an-eye moment of life and death.

Police also are under no obligation to protect you.

http://www.nytimes.com/2005/06/28/politics/28scotus.html?_r=0
The Supreme Court ruled on Monday that the police did not have a constitutional duty to protect a person from harm, even a woman who had obtained a court-issued protective order against a violent husband making an arrest mandatory for a violation.

Warren v. District of Columbia[1] (444 A.2d. 1, D.C. Ct. of Ap. 1981) is an oft-quoted[2] District of Columbia Court of Appeals case that held police do not have a duty to provide police services to individuals, even if a dispatcher promises help to be on the way, except when police develop a special duty to particular individuals.

“Every Town For Gun Safety”

Oh, yes. We will keep a count of how much the BloomBorg $50 million goes to providing gun safety trainings.