Rolling Stones to rock Israel in blow to boycott movement

Rolling Stones to rock Israel in blow to boycott movement 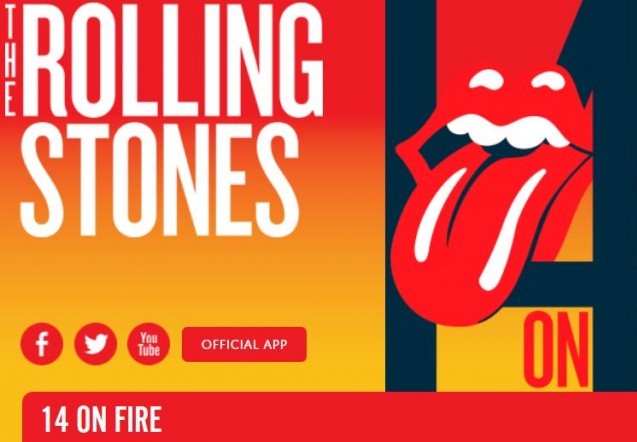 We previously reported how Roger Waters, formerly of Pink Floyd, is spearheading the movement to prevent musicians from appearing in Israel, even using a fake Gandhi quote as justification.

One of the groups subject to boycott pressure is the Rolling Stones.

In a blow to the boycott movement, Rolling Stones confirm June 4 Israel show:

The Rolling Stones confirmed Tuesday that they will perform in Tel Aviv on June 4 as part of their “14 On Fire” world tour.

“It’s the first time in 35 years that I have no words to describe the enormity of this event,” said producer Shuki Weiss, who has been trying to get the renowned band to Israel for much of his career.

The concert had been rumored for months, but organizers were only able to announce the official confirmation at a press conference in Tel Aviv on Tuesday.

“This is a historic moment,” said Weiss, who has produced many of Israel’s largest concerts. “It’s a huge honor to bring the Rolling Stones to Israel, an honor for the country, the citizens, and mostly for the fans who have waited for this moment.”

The Stones join a long list of artists who have resisted pressure, including Madonna, Depeche Mode, Metallica and the Red Hot Chili Peppers.

Whether you are a fan or not, you should thank them for standing up against the haters.

This also would be a good time to support Neil Young against the haters.

Glad the Stones told him to get stuffed.

Roger Waters hardest hit the most! Seriously, no musician has ever had his/her career hurt by performing in Israel and these days musicians need to tour in order to make money and Arabs are not interested in Western popular music any way.

Sweet thing about the Israelis is they’re not into chopping off heads and other necessary body parts just cos they don’t like something. Why boycott the one country in the ME where the Stones and their entourage can rock feely?

Heck, they won’t let Mick rock in Mecca or Medinah, and if he did rock in Riyadh, they’d likely cut off his tongue and skinny little butt in objection to him prancing around the stage wagging them.

Rock on in Tel Aviv, Mick, we can all get a lot of satisfaction out of that.

Someone get this man a dictionary.

Didn’t the Stones do a concert shortly after Moses came down off the mountain with the stone tablets and isn’t that how they got their name? And didn’t Keith Richards get upset when he found out it was only the tablets that were stoned? I mean, these guys have been around for a while.

I hope Neil Young will remember a southern man don’t need him around anyhow.

Israel is the ONLY country in the ME that the Stones could preform in. Any other one and Kieth would be in withdrawal and unable to play.BTW, despite all the drugs, booze and hard living, Kieth looks younger and healthier than Roger.

The “Strolling Bones” a bit of the good the bad and the ugly. The good still love their music nothing like some Start Me Up to get you going. The Bad all those drugs over the years have taken their toll. The ugly take your pick.