Dan Bongino at CPAC: “We are the party of real answers”

Dan Bongino at CPAC: “We are the party of real answers”

“We are the party of compassion, we always have been.” 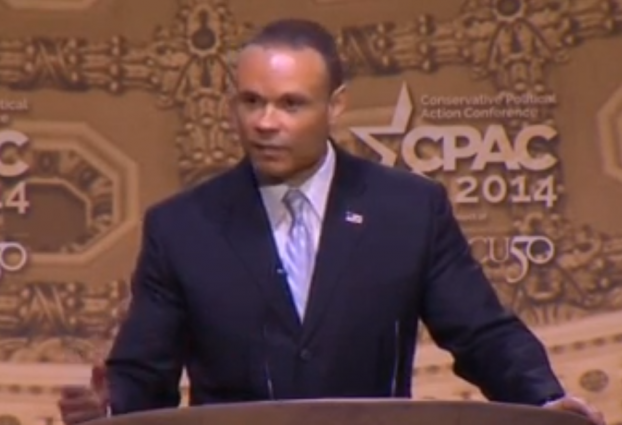 Avid Legal Insurrection readers are no stranger to Dan Bongino. We’ve supported him for several years and, after announcing his candidacy in Maryland’s 6th Congressional district this past June, he became the first member of our 2014 Operation Counterweight list.

This year, Bongino was named as one of the Top 10 Under 40 at CPAC. He delivered an excellent speech yesterday about how he found conservatism during his career as an NYPD officer.

He also touched on a number of other topics, including the need for Conservatives to win the “hearts and minds” of the American people.

John Edwards gave a speech once about two Americas, but what John Edwards failed to tell you — and what I think everybody knows — is that he created it… We are losing the battle for hearts and minds… We are losing to a party that is creating nothing but chaos.

It’s very different to make the argument that liberalism is not helping. It’s not that its not helping folks, it is actually decimating. It’s decimating lives, families, generations of families and cultural institutions…

Watch the entire speech. It’s worth it.

There’s your theme for the next campaign, and the next. Make that point stick, and you win.

It is tough to be the party of answers when the question for over half the population is, “whaddya going to give me”.

I rarely give a hyperlink eight minutes of my time, but this was worth it. He drew the link between policies and human experience in a way few Republicans do. Those instincts are good, and he’s still learning.

Some of those remarks warrant revisiting, so for heaven’s sake, where’s the transcript? This ain’t rocket science, Dan.

His story’s amazing. He earned a bachelors degree and two Masters degree – at night! He got to the top of his profession. He also can discuss economics with a rare facility. (To say that he understands economics better than most politicians sets the bar much too low.)

Just shut up about compassion, Bongino. It’s not to be talked about; it’s to be done.