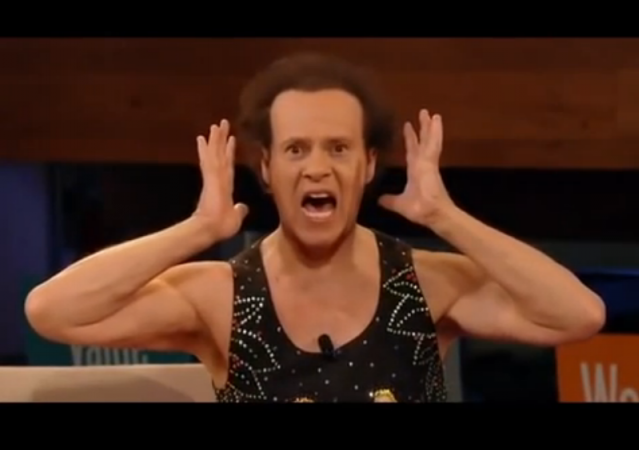 Touted as one of the best state health insurance exchanges, Covered California is launching a major enrollment drive:

With less than a month left for enrollment in Obamacare, California’s insurance exchange is applying a major dose of peer pressure.

In a new TV ad blitz, recent enrollees extol the benefits of having coverage for checkups or a serious illness. A man plays soccer with his sons, a musician carries his guitar down the street. “I’m in,” young, fit-looking people say. “Are you in?” the announcer asks.

I will note, at one point the phrase “Accidents Happen” is displayed prominently in the background.

This gem was part of a $1.37 million campaign. It also caught the attention of California Senator Ted Gaines (R-El Dorado Hills).  Gaines singled out the ad for criticism in a letter he wrote to the director of Covered California.

Also concerned with the health insurance policy cancellations associated with Obamacare implementation, which is part of the reason for the new enrollment drive, Gaines is now suing the state Exchange.

Senator Ted Gaines today announced a lawsuit against Covered California and Executive Director Peter Lee, seeking to stop any future health insurance policy cancellations by the health care Exchange. In addition, the suit seeks to hold Covered California accountable for hundreds of millions in expenditures that have failed to increase the number of insured Californians.

“More than 900,000 Californians have had their health insurance plans cancelled by Obamacare and Covered California. Close to 10 million more could lose their coverage soon. This lawsuit stands with consumers and puts a stop to this unchecked government abuse,” said Gaines.

…Facing a $78 million budget deficit in 2015/16, Covered California has also spent millions of dollars in a failed attempt to attract more enrollees, including the widely mocked Richard Simmons infomercial. Senator Gaines has requested detailed financial reports and enrollment information from the Exchange, and was met with an unsatisfactory response. This petition continues the Senator’s efforts to protect California taxpayers.

Interestingly, it turns out that Gaines, who has a family-owned insurance agency, is a candidate for California’s insurance commissioner on the 2014 ballot.

While I suspect trying to elect a Republican as governor is a lost cause this year, getting behind this one as the state’s insurance honcho might be worthy of putting on our state’s “Tea Party To Do” list for 2014. It would be good to see an official in office who actually pays serious attention to expenditures and understands the complexities of the health insurance industry.

“Interestingly, it turns out that Gaines, who has a family-owned insurance agency, is a candidate for California’s insurance commissioner on the 2014 ballot.”

Anyone besides me see “Conflict of Interest” here?

Geez. He might know what he’s talking about, but I’d rather have someone who doesn’t have a stake in the game, and can fairly monitor and regulate the industry.

It is this kind of crap that people talk about “Cronyism” in Washington DC.

Leslie, DON’T put this guy on your “Tea Party to do list.” Find someone without a conflict of interest to support first.

Paul: I will respectfully disagree with this one. I assert that Gaines is already showing that he is putting the citizens’ best interest first in his initiative AND that his experience in the industry would be a boon. But, the campaign season is young — it’s just that I would rather see state Tea Party efforts go to something other than the Governor’s race, as that would be a better use of time and resources.

Is there anything sexier than a hot and sweaty Richard
Simmons in dolphin shorts?

Federal Judge: “No standing. Next case.”