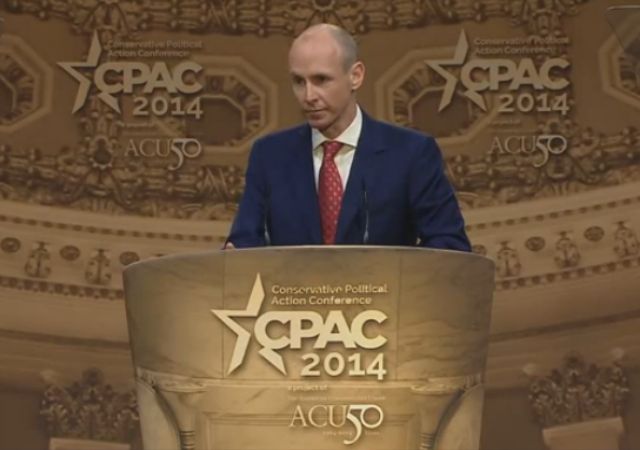 Among the speakers so far on day three of CPAC was Daniel Hannan, British conservative and member of the European Parliament.

Of the many points made by Hannan, who offered some interesting perspective from the outside, one touched upon “restoring order and sanity to the federal budget.”

“When your debt touches 17 trillion dollars, that becomes a question of national security…My friends, when we are talking about numbers on that scale it’s not just your problem anymore, it becomes a problem for the western world in general.”

“The problem may be global, but the solution has to come from you.  Being a US citizen carries responsibilities, and chief among those responsibilities is that when you see your politicians going astray, it is for you to correct them or to replace them.”

Watch the full speech below.

Why doesn’t the GOP have anyone who can speak clearly like that? I wish Daniel Hanan could run for U.S. President in 2016.

Can you imagine a member of the US Congress using the word “consanguinity” correctly in a sentence?

English speaking. Maybe not for long, especially here in California.

So you are being lectured to by not only someone named Darryl but a Member of the European Parliament ?

Surely this is comedy relief.

Sorry , so used to seeing him as a Darryl’ i forgot his birth name is Daniel. I shall immediately re image him.

i can see Daniel travelling tonight on a plane ……

What is your point? Are we supposed to be biased against him because of his position, or are we entitled to listen to and consider what he has to say?
Over the last few years I have found Mr. Hannon full of excellent ideas, eloquently spoken.

A man who knows more about the history of this country than the vast majority of our own citizens.

I hope he will one day be the PM, reigniting torch of the Iron Lady’s Conservative legacy.