Take the anti-Israel boycott movement seriously, but stop the scaremongering

Take the anti-Israel boycott movement seriously, but stop the scaremongering 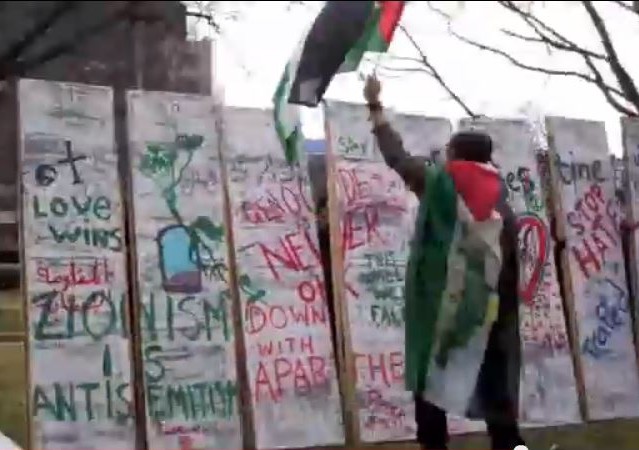 Anyone who has read this blog the past months knows that I take the international boycott threat against Israel very seriously.

It is a venomous movement conceived by propagandists that has had some success in Europe, but few victories in the U.S.

Israel has lived all of its existence under boycott. The current boycott movement is a shadow of the Arab League boycott that started even before Israel was a nation and grew with great force as Arab oil wealth grew in the 1970s. Yet somehow Israel’s economy survived and prospered nonetheless, helped in great part by U.S. anti-boycott legislation that mostly kept the boycott disease from our shores.

The Israeli economy is more diverse, high tech, and privatized than it was in the 1970s. Israel also is less dependent on Europe, and a sought-after participant in the global economy, most of which wants no part of the boycott movement.  The leverage of Europeans who capitulate to anti-Israel groups is much less than in the past.

The U.S. Congress also could significantly deflate the boycott movement once again by extending current legislation to cover the new form of boycott movement.  Congress should do so now, and in so doing will aid the peace process by letting the Palestinians know that they cannot achieve more through international boycotts than through negotiations.

While it seems invincible because largely unchallenged, the boycott movement is susceptible not only to legislation, but the type of pushback academic boycotters in the U.S. are receiving.

The boycott movement, while it should be taken seriously and combatted, should not be allowed to dictate Israel’s strategic security needs as part of peace negotiations. Doing business with a few extra European banks will be a hollow achievement if the West Bank is turned into another Gaza-style Iranian missile base.

Yet John Kerry is playing the boycott card to pressure Israel, running around like chicken little screaming that the sky is falling.

Whether done by design to pressure Israel, or because he is incompetent, Kerry’s pronouncements of impending doom simply reinforce the rejectionist elements in Palestinian society who believe that the international community can deliver more than negotiations with Israelis.

Benjamin Netanyahu was absolutely correct to summarize the situation as follows:

“The attempts to boycott the State of Israel are immoral and unjustified,” Netanyahu said in his opening statement at the cabinet meeting. “Aside from this, they will not accomplish their goal. First of all, they entrench the Palestinians deeper in their positions, pushing peace farther away; and second, no pressure will force me to give up the vital interests of the State of Israel, above all the security of the citizens of Israel.”

Unfortunately, some Israeli politicians are playing the chicken little games as well, particularly Tzipi Livni and Yair Lapid. Their dire predictions are quoted by boycotters with great joy and excitement.

Take the boycott seriously, engage friends of Israel to help in the fight, but stop the scaremongering.

Kerry is a disgrace. Obama is a disgrace. What Kerry is saying is Obama policy that would be enacted if they could. Happily, Chuckie the Cereal Killer Schumer will break ranks with the rest of the Democrats and oppose such a boycott becoming official USA policy. Though the boycott can not be official policy, that Kerry is saying it, without a public slap down by Obama, sends a signal to the rest of the world that Obama is in accord; in this way, they both indicate their position towards Israel and let the Arabs know that neither man will support a rational peace.

Bozo Kerry and Clara the Clown Obama are both traitors.

“Zippy” Livni’s party fell into disgrace. She’s got all of 6 seats in Israel’s Knesset. While Netanyahu wanted to teach Shas a lesson. (They are not in his government.) Netanyahu took in Livni into his government. And, Lapid, too. Lapid has zilch experience. And, has been on the ropes, as well.

Livni knows Netanyahu can dump her out of her ministry. But, instead, he uses her. By being where she is she gives Israel some defensive maneuverability. Y’Alon actually put Kerry in his place when he went on record saying Kerry was “messianic.” And, also on a quest for a Nobel.

His chances for a Nobel? Not particularly great.

As to boycotts of Israel, different European nations have to worry they can cause an American backlash onto their very own exports. (You don’t think the french don’t worry about wine sales? And, cheeses?) Plus, all those European countries are glutted down with muslims. And, as groups go, they don’t assimilate well.

Meanwhile, you can’t own a cell phone … with out a piece in it having been created in Israel (under the Intel label.)

And, if all you do is look at Obama’s approval ratings, you[‘d see they were in the toilet.

Kerry. Hagel. They’re not ahead because they were selected for their jobs.

While sometimes just coasting is the best you can hope for.

Kerry is no more a geopolitical thinker than is Obama. He’s a man from a formerly wealthy family who married back into money and really likes flying on private planes, cocktail receptions, and wearing a dinner jacket during the day.

Such men are dangerous for their lack of opinion because they tend to draw from the opinions of the elites they wish to join, which in Kerry’s case is European Old Money – an old incubator for antisemitism.

Europe’s economic clout is declining since the EU, not what they expected. But while the US essentially paid for most of Europe’s defense against the Soviets after WWII, the EU nations put a small and dwindling portion of their assets into defense. They expected a boom when the Cold War ended. It happened – but not to them, to the developing world no longer under existential threat from the boot of communism.