Wendy Davis is no Elizabeth Warren

Wendy Davis is no Elizabeth Warren 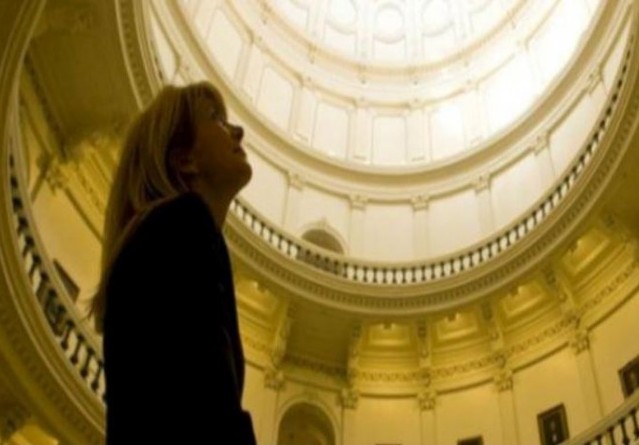 Ever since the story broke that Wendy Davis — to be charitable to her — had embellished her personal narrative, many commenters and people on Twitter with whom I interact have suggested Elizabeth Warren as an analogy.

As readers know, I have been a harsh critic of Elizabeth Warren for claiming Native American and Cherokee status for employment purposes without basis as she climbed the ladder to Harvard Law School, and then dumping that status as soon as she got tenure.

But not all false narratives are created equally.

Elizabeth Warren’s false narrative was done quietly, and in a manner designed to juice her employment prospects with few people, outside of those responsible for diversity hiring, knowing about it. Warren was not Native American, and the myth that she was 1/32 Cherokee was created by faulty speculation during her campaign, not when she was growing up. At most, some Native American ancestry was a mere family rumor, the term her adult nephew used when searching the family’s genealogy.

Warren never lived as a Cherokee, never associated with Cherokees, and never publicly touted herself as Cherokee.

Instead, Warren used those family rumors of Native American ancestry to get herself put on the short listing of “Minority Law Teachers” in a law professor directory used in the 1980s as a hiring tool by law school administrators. While a Visiting Professor at Harvard, she also somehow managed to get on a list of Women of Color in Legal Academia, although records are hard to find as to how extensively she touted her supposed Native American status (her hiring records never have been released).

While there is strong evidence that Warren tried to use her Native American narrative to advance her career, that narrative was not her career.

Moreover, the Native American narrative was not the reason for Warren’s political success. Instead, it almost ruined that success. And if Warren were running anyplace other than in Massachusetts, it might have been her undoing.

No, Warren’s political success is owed to a skillful ability to play on class envy, and to take complicated regulatory issues and reduce them to mispleading yet appealing YouTube hits. An unusually skillful ability, at that.

Davis’ narrative of personal struggle as a teenage single mom who lifted herself up from trailer parks to Harvard Law School is the entirety of Davis’ political appeal. Sure, she took her name national with the late term abortion filibuster, but she is not running on that issue. Even Davis recognizes that late term abortion does not have mass appeal, certainly not in Texas.

“I was born a poor black child.”

Steve Martin in The Jerk.

Or the corollary as relates to Michael Jackson….. “He was born a poor black boy and grew up to be a rich white woman.”

Princess Running Bare has a LOT more falsity in her “narrative” than just the lies about her ancestry.

While the revelations of Warren’s false claims almost ruined her political career (or maybe it still will matter), the false claims themselves did help launch her career.

As I recall, it started in Pennsylvania (Penn state?) and helped her advance as the woman of color at Harvard. She didn’t use it so publicly as Davis, but it was still instrumental to her advancement.

If we had the blogs back then and revealed her scam, Harvard may have looked a little closer at her documentation (just a cookbook reference?) before bragging about their Native American prize.

Warren ran a quiet disinformation campaign for her own enrichment and was quick to change the subject when questions came. For me, that’s slimier than putting yourself out to the public as a focus group approved characature and touting your “story” to anyone who will listen. There was higher personal risk involved in Davis’s boldness.

Warren’s actions also harmed others, who could have benefited from diversity hiring practices if not for her fraud. Davis has only harmed herself.

Oh, and did I mention that they are both scum and have no business trying to “represent” anyone?

Hard to imagine any client wanting to be represented by either woman. Warren wasn’t even licensed to practice law in Massachusetts (not that that stopped her), and Wendy Davis, despite her Harvard law degree, also doesn’t appear to know much about the law. At least, that’s the only conclusion one can draw from the libel lawsuit she filed against a Texas newspaper that published some articles about her in one of her prior election campaigns. Texas appeals courts rejected Davis’ claims as being totally without merit, and made a point of noting that no person of even ordinary intelligence would ever have believed the claims were valid.

Which didn’t stop her from attempting to appeal to the Texas Supreme Court.

She needn’t fear, however. She has a lucrative career ahead of her offering “expert” legal opinion on countless cable news shows. Gloria Allred can’t go on forever.

I still say that the DemocRATS will use the “war on women” and “…..evil Evil EVIL Republicans HATE HATE HATE WOMENNNNNNN!!!!!” BS will be used to difuse this lying liar’s fabricated life story REAL scandal. Texans hopefully won’t fall for it, but they will be barraged with the above BS, have no doubt.

Of course, the lapdog, abortion-loving MSM will willingly cover for her while making her into the martyr/victim, just as the Boston Globe (and others) did for “FAUX-cahontas Lizzie” Warren.

I just re-read that post……sorry for the horrible writing. How it makes me wish there was an “edit” feature. Hint hint. 😉

I still say that the DemocRATS will use the “war on women” and “…..evil Evil EVIL Republicans HATE HATE HATE WOMENNNNNNN!!!!!” BS will be used to difuse this lying liar’s fabricated life story REAL scandal.

I still say that DemocRATS will use the “war on women” and “…evil Evil EVIL Republicans HATE HATE HATE WOMENNNNNNN!!!!!” BS to diffuse this lying liar’s FABRICATED “life-story” that is a REAL scandal.

(All links in the original are correct. 🙂 )

Governor Wendy Bimbo, kinda’ has a nice ring to, eh Texas? Could just see it now, Gov. Bimbo standing next to Governor Gummo of New York at the Leftist Governor’s Association meeting.

Just look at those high cheekbones! They *do* have a lot in common … for all I know, Wendy must be part Cherokee [and Oklahoma is just around the corner] … she should play up her heritage ala ‘Lieawatha’ … it just may bring in a few more votes.

Wendy has black hair, but a blonde attitude, so she’s got more claim to Indian ancestry than Fauxcahontas Lieawatha. Princess Used Husband To Succeed also has high cheekbones.

Didn’t Wendy claimed to have once been married to a
Jeep Cherokee? That is until the payments were made!

“Wendy Davis is no Elizabeth Warren.”

That can be interpreted in more than one way.

“But not all false narratives are created equally.”

Undoubtedly the histrionics of each life story is different. But, I do emphasize the comparable pretense which has them telling us that which denigrates us: “You didn’t build that;” or that they speak for all: “Mine is the story of single mothers who feel alone in the world”.” And, that pretense is born out of their false narratives however they were hook-or-crook-fashioned and politics’ need for a narrative of hope and change.

In response to a Progressive’s false messaging: Income inequality will always be around within a dynamic economy. The real problem is that competition is no longer equal because of government regulations, policies and rulings which rig the system, favoring special interest groups over others.

In this Warren is right – things are being “rigged.” BUT, it is the government that is doing the rigging, making competition – the real struggle to survive – unfair in almost every sector of our daily lives up to and including our local banks.

I do not believe that people worry about income inequality. They worry that they can no longer compete with the ‘big’ guys connected to government. And with false narratives.

Funny how we keep hearing how disastrous certain TEA Party candidates were (Christine I am not a witch O’Donnell and Sharon Angle come to mind), but when leftists have awful candidates, they don’t seem to notice. Or care. Or they do notice, but work overtime to cover for them.

(as a related aside, I don’t think Sharon Angle was an “awful” candidate. She made mistakes, but she was not that bad. Coakley, on the other hand . . . yikes!)

Well, professor Jacobson, you have thought about this longer than I have, but I never knew a politician needed a narrative. Please help me out; what is Obama’s narrative? Is it, “Foreign student who may have attended college and then became editor of the Harvard Law Review” (or whatever their paper is called)? Or is the narrative that Wendy, Barack, and Lizzy all share a common denominator, Harvard? Does that make Harvard a bad school?

One other thing needs to be clarified, since she obviously got a boob job and botox and probably a bunch of other artificial enhancements, why the heck doesn’t she do something about that disgusting wart on her face? Or maybe the wart will be her running mate?