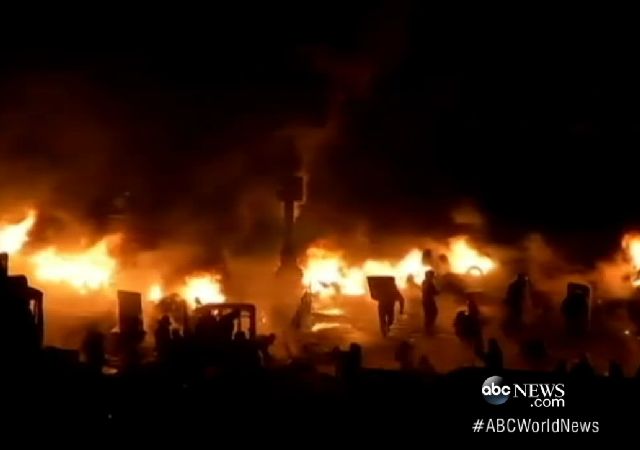 Just a brief update for LI readers who have been following the situation in Ukraine. 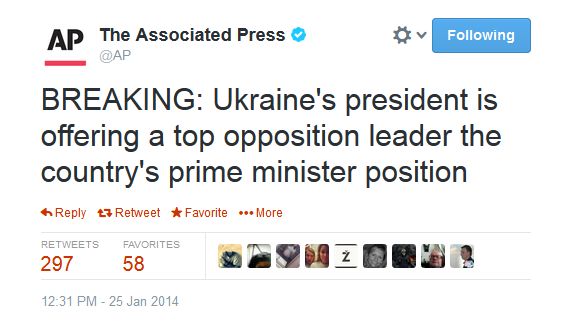 Ukraine’s embattled president is offering the country’s premiership to one of the leaders of the opposition that has conducted two months of intensifying protests.

A statement on President Viktor Yanukovych’s website Saturday evening said he had offered the job to Arseniy Yatsenyuk.

There was no immediate comment from Yatsenyuk and it was unclear whether the offer would mollify the radical faction of protesters who have clashed with police for much of the last week.

The news comes as President Viktor Yanukovich and opposition leaders held another round of talks Saturday after more clashes erupted overnight, according to Reuters.

Tensions have escalated this week as protesters have clashed with police in the wake of new laws aimed at curbing public protest activities.

(Note: Associated Press often updates its posts, so you can check back periodically and refresh that link to see if there are updates since the time of this writing). 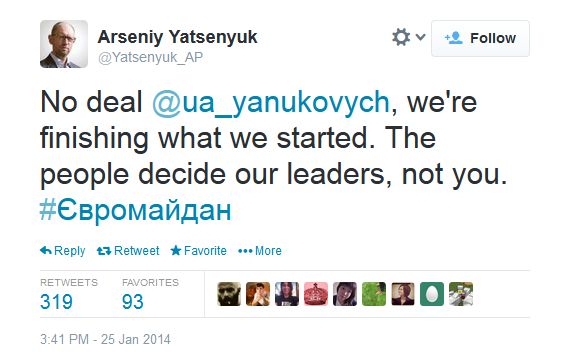 One of the best answers to vociferous critics is to just hand over the problem to them.

This also highlights the problems in having a president & a prime minister which has been a feature of recently constructed / carved nations eg Israel Russia Ukraine . Who does what ?

Unfortunately, the protestors need to hunt down and kill the government that is doing the same to them. There is no alternative. Should the protests stop with a political compromise the protestors will be dead within a month. Putin does not forget nor does he play tiddly winks.

The Ukrainian government is already using cellphone tracking to find protestors. Once the revolution begins there is no alternative to defeating the oppressors.

May G-d bless and protect the protestors because Western Europe & US will/has abandoned you like Austria and Czechoslovakia in 1938 and then 1956, Poland in 1939 and Georgia in 2008.

If you are going to go full trad Ukraine f then let’s bring out the nazi stooges. Let us SE the records of all the Ukrainians promoted to camp wardens .

Posts – the list is loooong. We can start with Babi Yar.

I was surprised to see the headline because I just don’t see the incentive for Yanukovich to compromise. Ukraine is a 50/50 nation, basically, and one of the halves is pro-Russian and probably wouldn’t mind being annexed by Russia. The other half is not necessarily behind the protests seeing them as a power grab by politicians. This is not Czech Republic or Poland; it’s a civil war.

The opposition has rejected it. They want elections . Nice to think somebody thinks elections solve intractable problems .

It is. But, on the other hand, I’m not sure either the opposition or Yanukovich represent anyone.