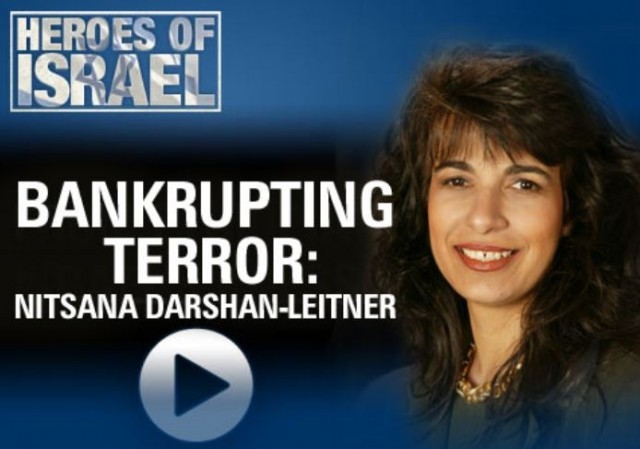 Shurat HaDin, The Israel Law Center (ILC), founded by Nitsana Darshan-Leitner, has had great success in suing on behalf of terror victims, and otherwise confronting anti-Semitism through the legal process.

Among other things, ILC is suing an Australian academic for discriminating against an Israeli researcher as part of the Boycott, Divest and Sanction (BDS) movement. (We featured that suit in our prior post, Academic boycotters don’t want done unto them what they did unto Israelis).

Some of the points raised with regard to the difference between expressing an opinion as opposed to imposing a discriminatory boycott are similar to point made in my challenege to the tax-exempt status of the American Studies Association, although in a different context.

ILC has taken note of the ASA academic boycott of Israel, and is representing several Israeli academics.

ILC today sent a demand letter to the the incoming President of ASA (embedded at bottom of post), demanding that ASA cease and desist from discriminatory practices, or ILC will commence suit on behalf of a group of Israeli professors. (h/t Times of Israel)
The letter reads in part:

Shurat HaDin—The Israel Law Center is an organization dedicated to enforcing basic human rights through the legal system, and represents victims of terrorism and other illegal anti-Semitic activity in courtrooms around the world. We write to you as Shurat HaDin’s American and Israeli counsel.

At present we represent Israeli professors who are preparing to take legal action against the organization you head, the American Studies Association (“ASA”).

It has come to our attention that you and the ASA have participated in and/or publicly supported the global movement for boycotts, divestment, and sanctions against Israel and Israeli related business, academic and cultural persons and organizations (“BDS Movement”) in New York and other jurisdictions. This letter is a demand that you and the ASA immediately cease and desist from your unlawful boycott efforts against Israeli institutions and Israeli academics…..

We wish to put you on notice that the BDS movement’s academic boycott and your December 17, 2013 resolution implementing it, is unlawful racial discrimination on the basis of national origin and/or race, creed and religion under the International Convention on the
Elimination of All Forms of Racial Discrimination (“Anti-Racism Convention”) and numerous American state and federal statutes….

In light of the above, you, the ASA, its officers, and its membership are requested to immediately take all necessary steps to cancel the boycott of Israeli institutions and academics set out and called for in your December 17, 2013 resolution. It is further demanded that you, the ASA, its membership, chapters, and affiliates take no additional steps to engage in or implement any boycott against Israeli institutions and/or academics.

Please provide prompt written confirmation that that you have implemented the above. Please take careful note that in the event of your failure to comply with the above our clients will take all steps permitted by law to enforce their rights, including without limitation filing legal action without further notice.

ASA already has the assistance of a non-profit law group devoted to promoting BDS, which I presume will represent ASA free of charge.

We’ll keep track of this.

Update 1-10-2014: The law group which represents the BDS movement issued the following response:

The Center for Constitutional Rights and Palestine Solidarity Legal Support issued the following statement in response:

Shurat HaDin seeks in vain to punish speech that is fully protected by the First Amendment. The resolution to boycott Israeli academic institutions joins a proud history of political and human rights boycotts in the U.S., which have resisted race discrimination and human rights abuses in the U.S. and around the world, and which the United Sates Supreme Court has held are protected speech. The threat to sue the ASA cynically claims that the academic boycott resolution constitutes discrimination under U.S. law, and under the International Convention to End all Forms of Racial Discrimination – a Convention that Israel itself violates in its abuse of Palestinians. It is those violations of Palestinian rights that academic boycott protests.

This threat is the latest in a pattern of legal bullying that has escalated in the U.S. as the movement for Palestinian rights has grown. An academic boycott in fact violates no anti-discrimination laws because it does not target any individual or institution based on their Jewish identity or Israeli citizenship. Rather, it is aimed at institutions with direct relationships to the Israeli government. Shurat HaDin’s attempt to paint this principled action as anti-Semitic and discriminatory against Israelis is not only legally bankrupt, but also trivializes important struggles against anti-Semitism and all other forms of racism.

Sorry, while I applaud the efforts of the Israel Law Center and wish them 100% success, I must object most strenuously to the characterization of Jack Lynch.

An “Australian academic” and “professor” are laughable descriptions. Lynch was a leftist BBC hack who managed to get hired by an alleged institution of higher learning. He is no more an academic than my dog, and far less thoughtful.

Ouch you have so many falsies in there you have forced me to defend him. Here are some facts …..

His name is Jake .

He has a BA (first class honours ) & post grad dip in journalism (with distinction ) from Cardiff University. You may not respect the British university system but that is high class under grad stuff – equal to anywhere in the world in that field.

Yes he was a BBC journalist but they can be excellent also -just because you don’t like what they say does not negate all.

Yes he has a PHD from London University College.

Sydney University is not something to look down on . it is a fully internationally recognised institution that covers almost every field of study. It also incorporates ‘centres of research ” one of which Lynch is assoc Prof of.

He is also snr research fellow for the University of Johanneburg.

His field of specialty is the global reporting of conflicts.

He is one of those people who move up on lots of boards & thinky thingies aka an operator.

The best news is he is a British citizen who can be deported if he gets a ‘hate’ conviction!

None of this stops him from being a rank Jew-hating, Israel-bashing anti-Semite, does it? So, what value is all this wonderful education when it is used to support propaganda and the destruction of another country? It is better that he’d been as dumb as the back of a spoon and doing good than to be brilliant and make common cause with evil.

ASA might get free legal representation, but that won’t pay the damages that might be assessed in the friendliest jurisdictions that the ILC choses to bring suit in. I wonder if this will further open the floodgates of academic institutions abandoning the ASA for the pariah that it is?

We can hope so. Especially since the ASA will likely gouge any remaining “institutional members” for the funds to pay those damages.

If you want to reap wide-spread responsibility, you need to sow wide-spread accountability.

i hope they do. it would be an interesting comparison of differing legal systems & academic freedoms in state funded facilities.

They won’t get past any federal or state court in the NE or west coast . Where to launch?

Apropos the ASA boycott and all of it’s potential academic ramifications, one aspect that may be overlooked is that – in fact – schools are still sending exchange students to years study programs in Israel, among them, California State University (CSU).

Eight CSU students are currently enrolled at Haifa University, and I interviewed two of them recently, along with Dean Hanan Alexander for the Jewish Journal of Los Angeles: http://www.jewishjournal.com/education/article/csu_students_give_israel_high_marks