Anti-Israeli academic boycotters can dish it out, but can’t take it 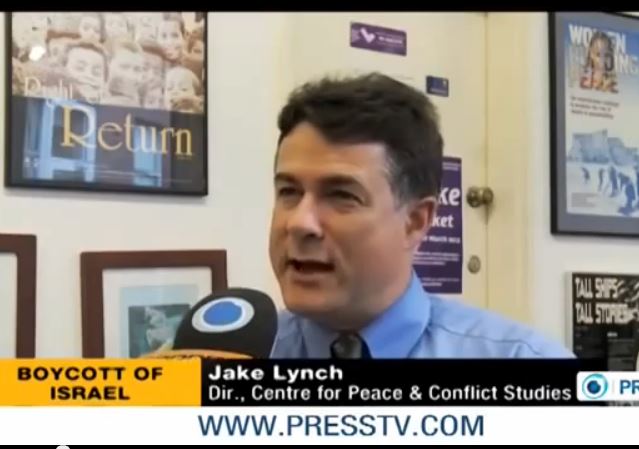 Setting off an academic boycott is something like going nuclear. Once you set it off, it’s hard to know where the damage to academia stops. For every action there is a reaction.

That is why so many University Presidents so quickly have rejected the American Studies Association anti-Israel academic boycott. If left in place, academic BDS can and will set off a daisy chain of retaliation and demands for counter-BDS.

The people behind the ASA anti-Israel academic boycott went nuclear, with great joy and high-fiving.

Now there is a reaction and the boycotters are whining that the fierce pushback violates their academic freedom, and they are begging their friends for help.

This same group also has threatened to sue fellow professors and administrators who criticize them (in their words “intimidate”), and erroneously characterized vigorous disagreement as harassment.

These folks, who easily make false and inflammatory statements against Israel and seek to damage Israeli educational institutions and faculty, seem to feel they are immune from strenuous criticism.

How would these anti-Israel academic boycotters feel if they were subject to boycott, divestment and sanction?

We know how they would react, considering how they cannot even stand criticism.

We also have an example from Australia where Prof. Jake Lynch, who very publicly would not help an Israeli researcher with a grant application as part of BDS now is complaining when his own grant application possibly (speculatively) was denied by someone who opposed BDS.

Jake Lynch is a well-known BDSer:

Lynch also is being sued by an Israeli civil rights group for his BDS conduct:

Lynch now is complaining that he is the victim of counter-BDS retaliation.

Via, The Australian, Academic hints at link between BDS campaign and rejected research grant (emphasis added):

ACADEMIC Jake Lynch has instigated a union investigation into whether his support for the boycott, divestment and sanctions campaign against Israel influenced the Australian Research Council to reject a grant.

The Australian can reveal that earlier this year senior AusAID officers secretly considered blocking a $580,000 grant destined for Professor Lynch’s Centre for Peace and Conflict Studies at the University of Sydney.

Documents obtained under Freedom of Information show then AusAID assistant director-general Rebecca Bryant said she feared approving the grant might “compound” media attention surrounding BDS, even though the proposed research program had nothing to do with the international boycott campaign seeking improved rights for Palestinians….

Professor Lynch has been in a public battle with the Coalition since May, when then opposition foreign affairs spokeswoman Julie Bishop said a Coalition government would ensure “no grants of taxpayers’ funds are provided to individuals or organisations which actively support the BDS campaign”.

This year Professor Lynch submitted an application to the federally funded ARC for $290,000 to study the work of journalists in South Africa, Nepal, Australia and Britain.

The ARC recently rejected his application. “It could be, of course, that it was simply adjudged not quite good enough by the assessors,” Professor Lynch told The Australian. “But the Bishop statement, and the earlier evidence that AusAID … improperly took my support for BDS into account, leaves me with suspicions that this has happened with the ARC too….

Labor MP Michael Danby, a fierce opponent of BDS, said he found it ironic Professor Lynch was whinging [sic] about not getting a research grant when he had refused to help Professor Avnon get one. Rather than being the result of a “political conspiracy”, Mr Danby said, the ARC would have made its decision based on academic rigour. “Jake Lynch is not a very highly regarded academic, he’s just basically an ex-BBC journalist,” he said.

What if the denial of the BDS-supporting faculty member’s grant application was retaliation? What if the BDSer had done unto him that which he did unto the Israeli researcher?

University Presidents coming out against the academic boycott of Israel are wise to respond quickly.

But Universities need to do more than just denounce the academic boycott. They need to contain the academic nuclear explosion set off by the ASA by applying university open access and non-discrimination rules to on-campus events.

That is why we will continue to raise the issue of how UT-Austin could host and sponsor the NAISA annual meeting when that group signed onto the BDS academic boycott and will conduct that conference in a discriminatory manner.

And we will raise that issue on every campus where the academic boycott groups hold conferences.

Daniel Patrick Moynihan had it right almost 40 years ago when a similar “Zionism is Racism” resolution passed the U.N. General Assembly:

For the latest updates, see:

How does that saying go …. what comes around, goes around??

This is getting MSNBC Ugly and I hope they all eat each other.

They overestimated their Democratic leverage. That’s a shame. Hopefully, this will become more the rule than the exception as we move forward. Stop the boycotts and other distractions. Address the issues on their merits.

As my Mama used to say, “It’ll do them good to get a dose of their own medicine.”

You have a chance to develop the prototype for fighting the Left. Maybe someone in this culture can finally get it right. That is, when they squawk, hit them harder. Make them pay for everything in doubles. Be pitiless.

Exactly. Deal with them the way you deal with bullies. Hit them harder.

Something has happened to academia. I don’t know if it was always latently corrupt, or became so patently when various groups started throwing money at universities in exchange for towing the line for their particular brand of ideology. George Soros and the Saudis can buy or establish entire departments, but god forbid the Koch brothers try to invest in their points of view.

At least they are coming down hard on the faker. He can’t apply for more grant money for THREE WHOLE YEARS!

Ahhh the sound of elites being treated in ways they deigned to be good for others.

In the same way universities are all about kowtowing to the Obama administration’s “Dear Colleague” letter for a modification of how they conduct hearing boards.

Now – notice that no one in academia stood up or cared, also because they agree with this policy – but, notice what did NOT happen: any kind of change to how admins or professors are adjudicated by the university.

One set of rules for me, and one for thee. Elites are not the same as the serfs.

Prof Dan Avnon wrote to 6 Sydney University profs asking for assistance . 4 agreed , 1 did not answer & Lynch went on a tirade.(he is a British national -its what they do)

His aim was to sudy how a diverse society such as Australia studies civics.

i could have saved him a lot of trouble .

The answer is we don’t & nobody knows what it is.

i don’t like the look of this legal move.& think it will backfire. Lynch is out on a limb but * this is bringing in many of the nation”s top lawyers to defend him for free. it cuts across many legal tenets here.

I doubt there is any mainstream support of BDS. However Prisoner X & Israel”s exploitation of dual citizenship is certainly still raw.

The ivory tower college elitists can’t handle getting back a taste of their own medicine? Maybe they should just put on their red plaid pj’s, drink cocoa, and whine themselves to sleep.

They are bullies and cowards who will never understand.

– Press tv is the iranian network ( hence the thing on her head ).She has since resigned but she got out of Lynch this gem. that Elbit systems is attached to Technion University & thus both are nvolved in war crimes.

if you are reading this Jake, Elbit systems is a major supplier in communication software for the Australian military including securing a recent 300 million contract for co ordinating amphibious landings. What a f***ckin fail mate. . go & see them at 235 Ingles Road Port Melbourne .

Further Sir Zelman Cowen Fellowship for Sydney University is a collaboration with The Hebrew University in Israel. Short term academic exchnges are supported for Semitic studies.that Lynch refused to sponsor is interesting whether it is applied to refusing the Fellowship connection which would bring it in under Australian law rather than as an outside appellant.

This particular fellowship is very much Australia -Israel .( there are many others in his name but this is the one it must be imo. i am thinking he can refuse to sponsor but not as an anti israel for an Australian _Israeli fellowship.

Incredulous Anti-Semites in Academia on parade. Tripping over their own boneheaded shadows. What a colossal public display and superb global example of Intellect, Forward thinking, Cooperation, Truth, and Honor… just all around general ‘Good Will Toward Men’ stuff, which is essentially the gist of what Academia everywhere on earth should be about, right?

Unfortunately, it may soon be diminished to some extent as, allegedly, Israel is about to announce new settlements in the West Bank and in east Jerusalem which will coincide with the release of a third group of Palestinian prisoners. That is sure to kick up a row, especially since SOSOTUS Kerry had just recently delivered a directive demanding ‘maximum restraint in announcing new construction,’ on settlements.

While I applaud Professor Jacobsen’s efforts and those of others also working to break this boycott, even if every major university president rejects it and withdraws their institutions from any membership or participation in ASA because of it, it will be of limited effect.

It’s like fighting malaria by swatting a few mosquitoes: it helps at the extreme margins, but does little against the plague itself.

Show me the money, honey.

As long as moonbat leftists can confab in luxury hotels and conference centers sampling gourmet foods and sipping fine wines, all on the taxpayers’ dime, they will continue to come up with such nonsense. Idle hands are the Devil’s workshop, as they say.

This is what we really need to DEFUND, the federal government only distorts educational goals and indirectly raises costs. It accomplishes nothing for the hundreds of billions spent.

When institutions must pay and fund their faculties without taxpayer subsidies, on the basis of market merit alone, they will sooner or later decide that paying a bunch of leftists with useless degrees to sit around and foment revolution is counterproductive. As long as they can tap the taxpayer for the bills, they have little incentive for efficiencies.