The assailants got in and out without notice, the sign of a professional job. 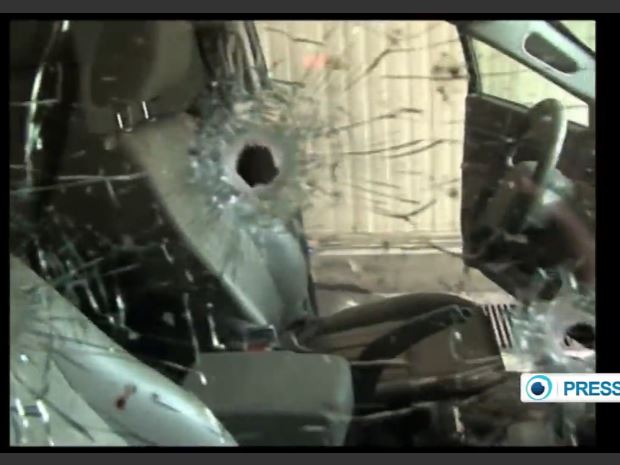 Hezbollah immediately blamed Israel. It certainly makes sense when you consider how professionally it was carried out. Unlike the Jihadis who blow up cars or themselves, the Laqquis hit was carried out precisely and using silenced weapons. The hit men (or women?) got into a heavily secured area without notice, and located their target late at night. There must have been precise intelligence not only as to his location, but his movements.

While we cannot eliminate that the hit was carried out by Jihadis or some other intelligence service, it seems unlikely.

There’ll be a summit conference in the sky,” smiled an Israeli intelligence official Wednesday morning when he learned of the assassination of Hassan Lakkis, the Hezbollah commander in charge of weapons development and advanced technological warfare, in a Beirut suburb around midnight on Tuesday, Dec. 3. The killing of Lakkis is yet another in the latest in a long series of assassinations of leading figures in what Israeli intelligence calls the “Radical Front,” which comprises two countries — Syria and Iran — and three organizations: Hezbollah, the Palestinian Islamic Jihad, and Hamas….

Back in 2004, the Mossad began identifying various key figures within this Radical Front — those with advanced operational, organizational, and technological capabilities. While other, better-known personalities in these extremist groups and their state backers dealt with strategy, these were the people who handled the details and the translation of strategy into actual practice.

The Israeli intelligence source, who dealt with the Radical Front, likens the anti-Israel coalition to SPECTRE, the fictional enemies of James Bond. With one difference: “SPECTRE usually did it for money.” Israeli intelligence drew up a list of these men, each one the possessor of highly lethal skills that could be threatening to Israel, even if there had not been a coordinated network embracing of all of them. The list was headed by two men: Imad Mughniyeh, Hezbollah’s supreme military commander, and Gen. Muhammad Suleiman, Syrian President Bashar al-Assad’s head of secret special projects, including the building of a nuclear reactor, and the person in charge of Syria’s ties with Iran and Hezbollah. As Meir Dagan, the former Mossad chief, told me: “Gen. Muhammad Suleiman was in charge of Assad’s shady businesses, including the connection with Hezbollah and Iran and all sensitive projects. He was a figure Assad was leaning upon. And these days, he misses him.”

After them came Gen. Hassan Tehrani Moghaddam, head of missile development for the Islamic Revolutionary Guard Corps and the export of missiles to Hezbollah, Hamas, and the Islamic Jihad; Mahmoud al-Mabhouh, the Hamas official in charge of tactical ties with Iran; and Hassan Lakkis (also spelled in FBI documents as Haj Hassan Hilu Laqis), who was identified by Aman in the early 1990s as Hezbollah’s weapons development expert. In an article about Lakkis’s death, Lebanon’s Daily Star called him a “key figure in Hezbollah[‘s] drone program.” The Israeli intelligence source continued the analogy with the Bond movies and called him “Hezbollah’s Q.”

Iranian television also is focusing on the professional nature of the job:

The question is, what will Hezbollah do now? Given its many problems fighting in Syria and the spillover into Lebanon, it presumably doesn’t want a major conflict. Expect some other form of retaliation, perhaps along the Golan border, where Hezbollah can exact retaliation without its fingerprints. Perhaps that already has happened, Bomb on Israeli-Syrian border was aimed at IDF patrol.

And the evidence for that is not one word out of the White House!

Jubba, you are correct. Obama would never send a SEAL team to kill one of his ideological soul mates.
For those of you whom would disagree by stating that he killed Bin-laden, that was done purely for domestic political reasons and that trumps all.

Either Panetta or some woman pulled the trigger on that call. Obama was dragged into it kicking and screaming.

@Juba Doobai! 0bi didn’t send the ST6 because all the ST6 that supposedly involved in that fake 0BL raid alll dead!

If Israel is able to perform this hit, they could certainly set off a ‘retaliatory’ explosion that targets the IDF, but fails. The various jihadi groups are so full of dysfunctional, decadent, lawless, drug-fed, violent, competitive, ill-willed, power grabbers that one group might easily believe another group had set off the explosion.

Yeah, ignorance & Inbreeding will to that.

And you can bet Israel knows better than to share these secrets with Team Obama.

I guess the environmentalists are correct…nuclear power kills

All Hollywood spy movies suggest this was an inside job.

I hope the team got away cleanly and is rested and ready to go back to work, because their skills and efforts are much needed in this world.

It also could have been an inside job.

The Israelis gave him AIDS. No wait, plutonium in his JD & Coke. No wait, free cranial ventilation. Is there no end of the indignities those crafty Jews can visit upon an innocent jihadi who’s just minding his own business?

Considering events which immediately preceded it and the priority Lakkis had on the Israeli score card, this assassination may have been a collaboration with the Saudis providing a key piece of intelligence to the operation (or vice versa).