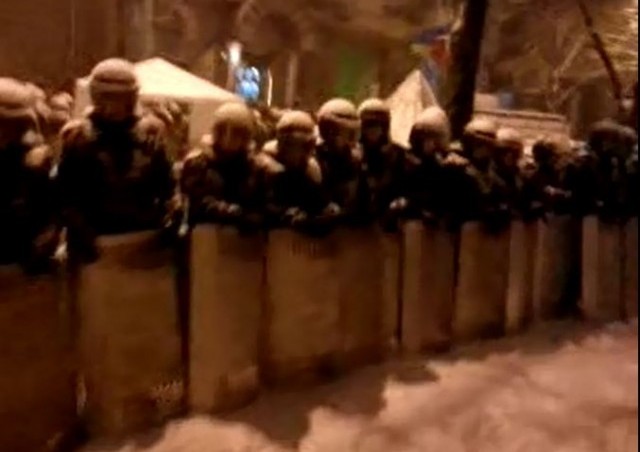 We previously have highlighted the Ukrainian protest movement seeking to prevent Ukraine from falling back under Russian domination:

The protests continue, but as of this writing it appears that police are moving in, although it’s unclear if it’s an attempt to evict the protesters completely. LIVE VIDEO and Twitter stream at bottom of post.

Here is video of yesterday’s protest at Independence Square in Kiev:

How much of this uprising can be attributed to Obama’s strong words in favor of freedom and in support of the Ukrainian protesters?

As usual, our administration has been virtually silent, except for a suggestion by the State Department representative to keep things calm. Right! Calm with Putin breathing down their back and Yanukovich willing to sell everyone out for power.