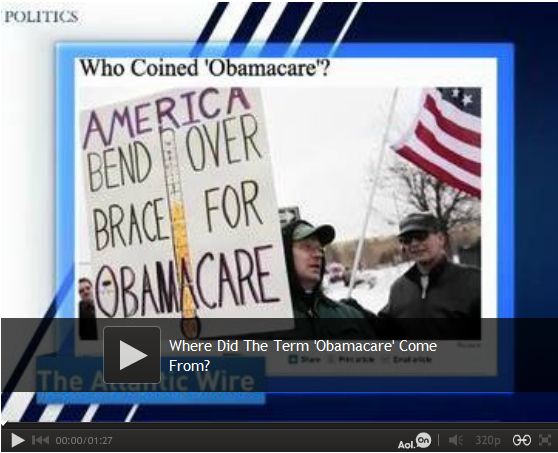 Obamacare is ending the year on a very low note.

Two states, both deep blue in their politics, are unhappy with the quality of the websites designed for the healthcare insurance exchanges.  Shockingly, they have opted to take a very free market approach to the problem.

Massachusetts — whose government was one of the staunchest supporters of ObamaCare, and whose health plan arguably was the model for the law — is refusing to pay any more until a working website is delivered.

A spokesman for the Massachusetts exchange told FoxNews.com that CGI’s system is “far from where it needs to be” and the state will apply “nonstop pressure” to fix the problems.

…Vermont, too, is withholding $5.1 million to CGI over its failure to meet deadlines, according to a report in the Boston Globe. CGI, though, claims that neither state is fully cutting off its funding.

The fight over payments comes as officials weigh their legal options, and some expect a rush of lawsuits once the major problems with the various exchanges sites are addressed. Vermont is investigating CGI and, according to the Globe, Massachusetts officials will present a plan in January to ensure “accountability” for the website problems.

Forbes contributor Michael F. Cannon offers a big plate of “I told you so,” in a piece that reviews the compete chaos descending on Obamacare implementation. He predicted the websites would not be ready for the slated start date and would be plagued with problems.

Canon also notes that the administration’s relaxation of the rules for millions of consumers whose individual insurance policies have been canceled, saying they can buy bare-bones plans or entirely avoid a requirement that most Americans have health coverage, will contribute further to the chaos.

This categorical exemption is a bigger deal than it seems. With it, President Obama has admitted ObamaCare will strip many people of their health insurance and leave them with gaps in coverage, or no affordable coverage options at all. It is an implicit admission that ObamaCare has created economic peril for millions of Americans and political peril for Democrats.

….The people who qualify for this exemption don’t actually want it. They want health insurance. They had affordable coverage, until ObamaCare took it away from them, and that’s what they still want now. Sebelius boasts that ObamaCare’s catastrophic plans cost 20 percent less than other ObamaCare plans, but don’t confuse that with affordable coverage. The Manhattan Institute’s Avik Roy — who is now the opinion editor for the sprawling Forbes empire – notes that ObamaCare’s catastrophic plans can still cost twice as much as what was previously available on the individual market.

And because the exemptions are temporary, even those who find a catastrophic plan won’t be able to keep it either.

Obamacare is a gift that will be giving well into 2014. And if two of the bluest states in the union are already retaliating, the beneficiary of this gift will not be the Democrats.

I’m more concerned as to how this massive clusterf*ck is going to effect hospitals. We all know that people with good insurance are paying full fare to make up for the free riders – those on medicaid. What’s going to happen to a hospital’s bottom line when hundreds of millions of people decide to just go without insurance? What’s going to happen when – rather than visit their doctor – those people just show up at the ER, which has to treat them thanks to EMTALA? Our local hospital has been on the brink of bankruptcy for years due to all the free riders and this new flood could easily push them over the edge.

Add to this mess all the patients that are on Obamacare who find out many doctors do not accept their insurance and also show up at the ER.

It’s about time the law is changed to eliminate all free rides. Eliminate Medicaid. Health care is a commodity – not a God-given right. If you want health insurance, save for it, budget for it, and buy it. If you don’t want it – fine – but be prepared for the consequences. Why should responsible persons continually pay for those who are irresponsible?

Why should responsible persons continually pay for those who are irresponsible?

Because….shut up!! That’s the liberal mindset.

From their point of view, the lazy and irresponsible are entitled to a piece of that pie you baked. It is no different than paying protection money to the mafia.

And this ObamaCrap Bill is nothing but “money to the mafia.”

Obamecare was enacted to destroy the current system. Once it is burned to the ground what will rise?

Obamecare enactors sucked the hospitals, doctors and insurance companies in… they all thought that that everyone having insurance would be profitable or them… Not so much now.

Hospitals across the nation are swamped with those who cannot pay and medicaid will have to pick up the slack. Hospitals have full time staff dedicated to signing up ER patients to Medicaid. The states are going to go bankrupt supporting this corrupt system.

20% less than “too expensive” is still unaffordable.

One of the best comments I’ve seen on this issue was one that something like this.
A pre existing condition that is NOT handled by ObamaCare is affordable health care.

So many people who previously had rational coverage are being propelled into bizarro world. Worse coverage at much higher prices.

CGI has already received HUNDREDS of millions of dollars for their disaster – they don’t care if Vermont holds back a piddling $5M. ObamaCare zealots will demand punishment and sick the DOJ’s racist AG on the heretics, forcing them to cower and back down under threat of civil rights, tax, and/or federal contract violations.

Dissent must be crushed.

Has everyone already seen this?

If enough states act, we are on the way to a constitutional showdown over Obamacare. The Washington Times reports Missouri bill would gut Obamacare

Next month, the Missouri Senate will consider a bill which would effectively cripple the implementation of the Affordable Care Act within the state.

If I have this correctly, South Carolina has “banned” Obamacare:
South Carolina House passes bill making ‘Obamacare’ implementation a crime
http://www.washingtontimes.com/news/2013/may/2/south-carolina-house-passes-bill-making-obamacare-/
I am Legally Challenged and do tend to get legal things bass-ackwards. Forgive me if I have.
Many of us are pushing for Gov. Deal (Rep-Georgia) to do the same thing and/or more. I think it’s time for all the States to execute our constitutional rights and Just Say No to communism.

The moment the sites were revealed to be major disasters all payments to CGI should have stopped. All costs to fix the problems should be borne be CGI. No additional funds should be released until the problems are solved and a 1% a day penalty assessed.