Obamacare: What about those volunteer firefighters?

Obamacare: What about those volunteer firefighters? 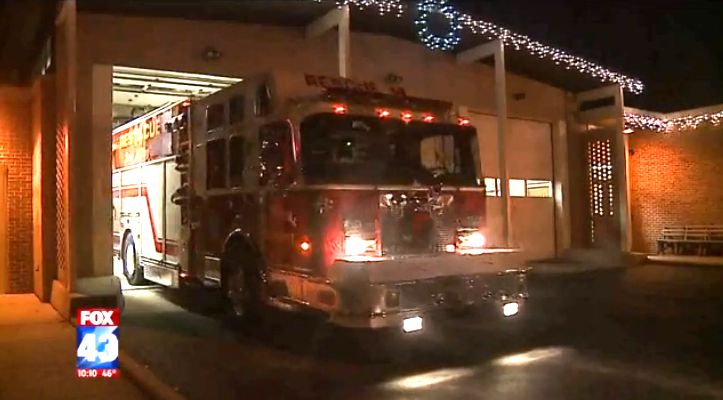 Obamacare was pushed through Congress at high speed, without much debate and without the usual haggling. The reason was that, like thieves in a hurry to grab what they could and get out safely before being caught, Democrats were eager to move the legislation through while they still had the momentum to succeed.

They figured they’d iron out any problems later, and in the meantime would try to sell the Act to a reluctant public. Spinning and outright lying were delaying tactics until the longed-for day when Obamacare would be implemented and people would love it—that is, enough people would love it—and it would become the new normal, assuring Democrats of a built-in constituency of grateful recipients fearful that a vote for any Republican would do away with their new-found benefits.

And maybe it will end up working out just like that.

But speed has its drawbacks. The bill was so long and convoluted, its effects so manifold and various, that some of the consequences were bound to hurt groups the Democrats didn’t want to hurt. One such group, of course, was unions. But that was taken care of by a handy—if unconstitutional—waiver.

Maybe this new wrinkle will ultimately be handled in a similar manner. But in the meantime, marvel at the wonder of it all:

The U.S. Department of Labor takes the term ‘volunteer’ literally, but the IRS says volunteer firefighters are technically employees if they’re on the job more than 30 hours per week, making them subject to Obamacare’s employee-mandate rules…

Since the Obamacare law doesn’t specifically carve out an exemption for them, fire departments where 50 or more people work – either as volunteers or officially as employees – are expected to provide health insurance for every one of them.

In towns with more than one volunteer fire department, all the staffers will likely be lumped together for tax purposes, pushing many municipalities above the 50-worker threshold.

That could cost departments of life-savers hundreds of thousands of dollars each year. Those that dump their volunteers into the federal insurance exchanges would still have to pay an annual $2,000 fine for each ’employee’ after the first 30.

“I can tell you right now we can’t afford it,” East Derry, Pennsylvania Fire Company Chief Edward Mann told the Patriot-News. “While a volunteer fire department may not have a payroll, the rest of it isn’t free. The only part that is free is the labor.”

The article goes on to mention that 71% of America’s fire departments are volunteer, while another 16% are mostly volunteer. Many could be in big, big trouble because of Obamacare, although it’s unclear how the 30 hours would be calculated; they might include time with a beeper or waiting around the station house.

I predict another waiver.

Obamacare is well on its way toward creating a more stratified system of health insurance than existed before, and it has already created dangerous precedents for the extension of unchecked executive power.

Maybe the House should take the initiative on this, and pass an exemption for a variety of volunteer organizations.

That would contrast this legal change with the illegal favors Obama has been passing out via his selective non-enforcement for preferred groups. Or Obama’s changing the law’s dates for some, to help escape pain prior to elections.

I would rather see Republicans press to have Obamacare implemented EXACTLY the way it was passed. None of Obama’s legally-questionable “executive changes” at all. No finessing it to try to make it less painful, or to delay the pain.

Let it burn. The sooner it blows up, the sooner we can get to work rebuilding.

P.S. That was me who down-voted you, by accident when I was trying to hit “reply”. Sorry for that!!

Never trust journalists, even those on a business beat, to ever get a tax related story correct.

First of all, many volunteer fireman receive stipends as well as insurance benefits and even property tax relief.

Second, Obamcare used the IRS’s determination of who is an employee to preclude businesses from calling everyone an independent contractor to avoid the mandate. A long, long long ago the IRS ruled under their normal common law standard of supervision and control that volunteer firefighters are employees and that amount paid to them are to be reported as wages on W-2. The 30 hour per week part in the article is not an IRS rule, but is the general Obamacare standard for all employers.

The statement that DOL treats takes the label volunteer literally is also incorrect. DOL has tests for volunteer fireman for purposes of the Fair Labor Standard Act tht are based upon the amount of the stipend and how it is to be paid. Tax was my area, not Labor law, but DOL rules roughly state that to remain a volunteer a firefighter they can’t earn more than some percent of what a full time fireman earns -either 20 or 30% comes to mind- and they have to be paid on a per call or a per shift basis.

I think the point the article is making is that the law complicates an already over regulated and ridiculous set of laws.

I think the point Republicans and Conservatives ought to make with articles like this every time is that Obamacare is a tax making it even harder for the middle class to survive and is not healthcare reform.

Also, the employee status for someone who received no wages may not have been as ludicrous as this article makes it out to be. Even those fireman who get no stipend usually receive insurance benefits against injuries/death while on duty. Tax law allows certain insurance benefits to be tax free to employees- but not to independent contractors.

“insurance benefits against injuries/death while on duty”

Taint the same thing as “health insurance”. In fact what you’re claiming as a benefit is a part of OSHA/workman’s comp.

NCMtnGirl, if you come back to this post, let me ask–would you then consider this a somewhat shaky charge?
This issue had some contentious discussion on a blog I read, I don’t want to go out on a limb if these charges are exaggerated.

Never trust journalists, even those on a business beat, to ever get a tax related story correct.

Why doesn’t someone challenge Obamacare under the equal protection clause? To me even the inclusion of a clause allowing the executive branch to grant waivers is a violoation of equal protection.

The Court would just rule you had no standing and dismiss the suit.

Why doesn’t someone with standing sue?

Because the Court would still rule that they had no standing and still dismiss the case.

Whenever a Court wants to get off the hot seat – they just dismiss on a technicality.

Wouldn’t everyone who does not get a waiver have standing?

Obama has figured out the executive power grab dynamics: He does whatever he wants, and some Republicans wring their hands.

I’m sorry, Mrs. Pelosi, but we can’t get to your house fire today. Yes, we do still have that big red truck, but it’s been a very busy week, and nearly all of our volunteer firefighters are at 29 hours of time, and we just don’t have the budget to pay to put all of them on our health insurance program like the law — What’s that? Now there’s no need for profanity, madam. We have another truck from down south headed your way, and it should arrive at your fire in about 3-4 hours. Yes? Oh, I see. No, Mrs. Pelosi, I’m afraid both of my parents are married. Yes, I’m sure, they read the document before they signed it like any rational person would do when making such a big committment. Hello? Hello?

/sarc
(Disclaimer: The author of this post severely discourages any form of arson or political defiance of this type, and would not support any public service taking this approach in times of emergency. Still, we can laugh at the potential schadenfredue of the situation, much like Alan Grayson’s loss of 18mil in a Ponzi scheme.)

…and another pile of Barry’s feces blows back in Dim faces….. almost 70% of firefighters in the US are volunteers.

The Dems had to pervert the legislative process to get this pig through, and now they have to wallow in it alongside their victims. So leave the spin to them, and don’t help them out.

heh- I literally did the chief’s interview to join my local volunteer fire department on Saturday.

Long casual conversation (and this in a very liberal area)- his statement was that as Doctors are about to become unavailable, he thinks people will increasingly use 911.

Further unintended consequences: besides the number of fire deaths that will increase without volunteer firemen, property insurance rates will also increase. Most property insurance rates are set by the level of fire protection offered in the area. I live in a rural state and premiums began to decrease once more volunteer fire departments were established. Without them rates will dramatically increase and some people will not be able to be insured.

Of course, it will be the insurance companies fault if this happens. Or Bush.

If they are a paid volunteer department and this is what they do for a living then why shouldn’t they have Health insurance The fire Derry Fire department budget of $10,091,414. Most volunteer FD personnel have regular jobs and receive no compensation and would not be considered employees

This is about fining volunteer fire departments for not providing health insurance.

The thing about “volunteer” fire departments is that the fireman all have day jobs. They already have insurance.

This is about a “rule” the IRS chose to make, and certainly didn’t have to.

No, to me this about the IRS collecting as much fine revenue as possible. It’s about fining folks that have two jobs, and both employers are to pay the same fine for the same “employee”.

Ding, ding, ding… we have a winner. Nice catch, sir.