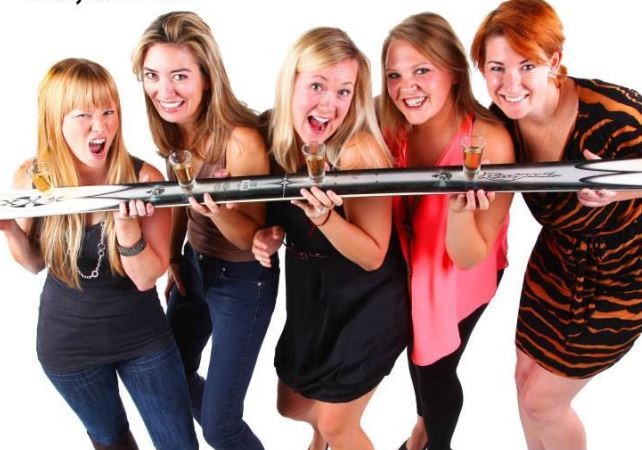 It’s been reported often that enrolling enough young healthy people in Obamacare will be a critical part of the program in order to offset the costs of insuring the rest of enrolled Americans.  And we’ve seen in recent weeks that the administration (and advocacy groups) are certainly targeting the “young invincibles” crowd.

Overall numbers of signups have been improving, but the numbers still have fallen far short of original targets.  And that’s had some asking what the backup plan might be if enough young healthy people don’t enroll.

Now, it’s becoming apparent why Obamacare advocates are putting on such a confident face: They have no backup plan if their national health care scheme fails.

Last Wednesday Jason Furman, chairman of the Council of Economic Advisers, joined the Washington think tank Third Way for a wide-ranging discussion. Near the end of the session, Third Way scholar Bill Schneider brought up Obamacare. “Does the administration have any kind of backup plan — if not enough young healthy people sign up for the Affordable Care Act, what’s going to happen?” Schneider asked. Noting that he teaches college classes, and his students don’t seem particularly well-informed about Obamacare, Schneider continued, “What are you going to do if they don’t sign up in large numbers? The numbers don’t look that good for young healthy people.”

Furman went on to explain that social media marketing will be an important part of the administration’s push to encourage young healthy people to enroll in the program. He also mentioned the importance of the advertising that insurance companies are doing.

But when pressed further about whether or not there was any sort of backup plan, Furman didn’t quite offer any Plan B in response, according to the Washington Examiner.

Schneider was still curious. “But you have no particular backup plan?”

“There’s a Plan A,” Furman answered. “Which is to enroll as many young healthy people as you possibly can.”

Plan B? Why would Obama need a Plan B. He knows he is infallible and if somehow, UNEXPECTEDLY, something goes wrong it will be because the public is too stoopid to recognize how his wonderful plan and government can provide their every need.

He can always blame Bush.

That would be the Plan B.

The country needs a real plan B and the Dems will not get passed without GOP input. So here is my suggestion:

Turn ObamaCare into a subsidized high risk insurance pool for pre-existing conditions (this will be easy because that’s what it has actually become.)

Allow private citizens to purchase whatever insurance the want from private insurers.

Actually, I believe that is their strategy.

I thouht that Changed?

I guarantee that absolutely none of those girls in the ad actually ski.

At least Obamacare seems to be another Federal jobs program.

It’s a “shotski”, with five glasses of booze glued to it. No actual skiing need be involved.

And that will cause young hipsters to think about buying health insurance?

They need to lock up James Earl Jones and Malcolm McDowell for some television ads. That will do it!

My Plan B is to hope that enough insurance companies stayed off the exchanges so that the industry will be repairable after Republican mind rays succeed in destroying the PPACA,

I hear there’s a lot of profit in stealing underpants.

Plan B is single-payer. Furman isn’t allowed to say it, though

And that someone is probably cutting out any nonessentials to find a way to afford the newly inflated premiums.

Many of those targeted by the ads cannot even buy necessities let alone buy luxuries. (The jobless rate for Americans aged 18 to 19 years old is 19.2%. Unemployment among 20- to 24-year-olds is 11.6 percent. In contrast, the overall unemployment rate is 7%*.)

Those that can afford to buy “luxuries” do not consider them “luxuries.” In fact, if some service or product does not excite them (Obamacare) they are as tight and frugal as their grandparents and great-grandparents – who came of age in the last Great Depression. Those products they find unexciting, they categorically will not buy (Obamacare).
Timely example, college textbook publishers have seen a steep and continued decline in their new book sales, as college students share a single book, buy used, or simply do without, using other sources for class studies.

This generation that Obama hopes to con over and over again has no intention of paying for aging Baby-Boomers’ lifetime supplies of “Depends” and other medical crap!

Do not forget the insurance companies have a pipeline to federal money if there profit margin shrinks below the mandated. That is why they are more or less on board for this high speed rail to communism.

But they are only indemnified against losses over 3%, so they still lose money before Uncle Barack steps in to cover them. The only reason the guarantee is there is because there would be virtually no participation in the exchanges without it.

Insurance companies are NOT the bad guys here. They’ve been forced to go along with a lot of this because the alternative was bankruptcy – just as Obama is now threatening them with exclusion if they fail to honor “ghost enrollees” for whom they’ve received neither an application nor payment.

Maybe you think it would be noble if insurance CEOs sabotaged their own companies to fight ObamaCare. I suspect their shareholders would disagree.

O-Care isn’t about creating a viable insurance marketplace — it’s about creating a taxpayer funded money laundering scheme to plow, pave and pay for the road to single payer.
It goes like this —

1) OCare is really all about massive expansion of Medicaid — that part of O-Care has been very successful. The Exchanges are mostly a distraction.

2) Expect O-Care to mandate that providers who accept O-Care insurance to be required to take Medicaid as well. That will make sure there’s lots of claims to process rather than lots of Medicaid patients on waiting lists…

3) Medicaid claims are processed by carriers because the gubermint has been proven to be incompetent at this task.

4) Carriers don’t mind the claims processing task — they get the taxpayers to pay for processing OMedicaid claims, and they don’t have to pay for the claim.

5) It’s all paid for by the taxpayer. Easy gravy…

7) All paid for by the taxpayers… Did I mention that again? My bad… Go figure…

—–
Also, don’t hold your breath for any of the crony GOP LOSERship to stop this sort of crony activity — helping crony’s out in exchange for more campaign bucks and insider trading info is the LOSERship’s bread and butter when it comes to maintaining their power over common sense Constitutionallist tea party types.

In order to have a Plan B, you must admit Plan A isn’t 100% guaranteed to work. See Sebelius in August re: the website.

Obama’s underlings might not get executed for such treasons, but they might have to listen to Valerie Jarrett about it, which could make execution look pretty good.

I already hate that girl in the middle & I don’t even know her.

Plan B = Single Payer. It will go something like this: “Medicare for all – it really is that simple!”

Plan B involves One World currency:

“Central Bankers and their political proponents espouse a globalist ideology, meaning, they are internationalists in their orientation and motivations. They do not have loyalties to any particular country. They do not take an oath to any particular constitution. They do not have empathy for any particular culture or social experiment. They have their own subculture, with their own “values”, and their own social hierarchy. They are a kind of “tribe” or “sect”; a cult,if you will, that views itself as superior to all others. This means that when the central bankers that run the Fed act, they only act with the intention to support and promote globalization, not the best interests of America and Americans.

The process of globalization REQUIRES the dissolution of the U.S. economy as it exists today. Period. There is no way around it. America can no longer remain a superpower in the face of what globalists call “harmonization”. The dollar can no longer maintain its petro-currency status or its world reserve status if total centralization under a new global currency is to be achieved. Globalists believe that America must be sacrificed on the altar of “progress”, and diminished into a mere enclave, a feudal colony of a greater global system. The globalists at the Fed are no different.

Once this driving philosophy is understood, the final conclusion is obvious – the Fed exists to destroy the U.S. financial system and the U.S. currency mechanism. That is what they are here for.”

One of the things that struck me a while back is that the entire idea of signing up “young invincibles” was never a really viable idea in the first place.

The ones with full time jobs are on their employer’s insurance, and already were.

The 26 and under crew is on their parents’ insurance.

The over 26 year old unemployed group can’t afford insurance, and isn’t putting money into the pool regardless.

Thee is no new missing revenue stream that the mandate is going to open up; the people who can pay for it already are, and the ones who aren’t covered can’t afford to pay for it out of their own pockets. They can chase the “uninsured young invincibles” all they want; they don’t actually exist.