It’s Not the Occupation, Part II

It’s Not the Occupation, Part II

The Palestinians won’t make peace unless they have something to lose. 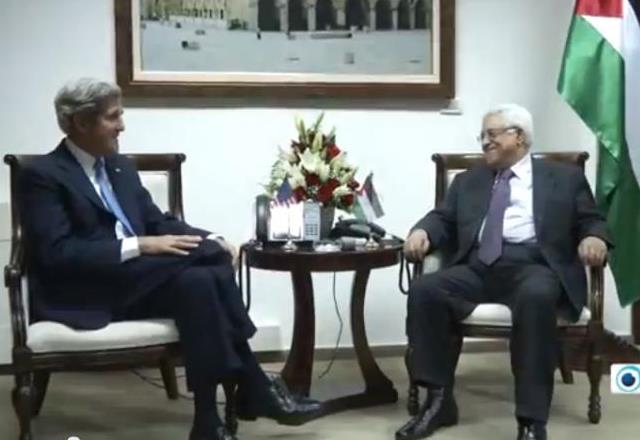 In addition to what I wrote about Eugene Kontorovich’s excellent essay Israel, Palestine, and Democracy there are some parallel observations worth making.

Among other points, Kontorovich wrote:

This is no longer a dispute about democracy; it is a dispute about territory. The Palestinians have their own government; now their demand is to increase the geographic scope of their legislative powers to “Area C,” where 100 percent of the Jewish settlers live, some 400,000 people, and only 50-75,000 Arabs. The Palestinians want their “no Jew” law to apply there as well.

Palestinian self-determination is one of the biggest developments that no one has noticed. It is important to recall where it came from. It was a result of the Oslo process, and the withdrawal from Gaza. This created space for truly independent Palestinian government to arise.

The focus on settlements and occupation is a Palestinian tactic – adopted by much of the world. But the purpose of that focus is not to spur negotiations, but to pressure Israel to acquiesce to all Palestinian demands. Treating peace talks on an equal level – where each side is expected to gain something and to lose something as opposed to where one side does all the giving – stands a better chance of succeeding.

The Palestinians expecting only to receive concession without making sacrifices of their own launched a terror war against Israel in 2000, despite having committed to eschewing terror seven years earlier. Peace processors and advocates for the Palestinians gloss over that. But Israelis remembered.

Barry Rubin writes of a conversation he had with an acquaintance of his whom he assumed held strongly leftist views:

In the spring of 2001, I was friendly with a nice man, the father of my son’s friend. He was apolitical really, but his father had been a very high official of the Zionist-Marxist party (MAPAM). He had regularly voted for MAPAM or the Communist Party. By coincidence, we once ended up sitting next to each other on a flight.

I thought it would be interesting to discuss politics, which I had never done with him. After all, the Camp David meeting had failed (Yasir Arafat had refused the two-state solution and Israeli intelligence had recordings that he would never do it), and the violent second intifada was launched by Arafat with a Fatah-Hamas alliance of terrorism.

“Only [Ariel] Sharon! Only Sharon can save the country!”

Ariel Sharon promised to strike back at the terror and was elected as Prime Minister in February, 2001.

While such reactions are often dismissed as Israel “moving to the right,” the reaction was a perfectly rational approach to the betrayal of the peace process by the Palestinians. Arafat knew that such a betrayal would cost him and the Palestinian nothing. Despite rejecting a peace offer the previous summer, the peace plans still being discussed thirteen years later as he basis for an eventual peace settlement.

Which brings us to a recent observation by David Goldman:

To demand the 1948 armistice lines (the so-called 1967 borders) is to refuse any penalty for refusing to make peace in the past. That is the same as refusing any peace at all. Wars end when one side accepts defeat, and abandons the hope of restoring the status quo ante by force of arms. 1947 was a catastrophe (“Nakba”) for the Palestinian Arabs, to be sure, but it was a catastrophe of their own making; until they accept at least some degree of responsibility for the catastrophe, they will not be reconciled to any peace agreement. That is precisely what Palestine’s negotiator Saeb Erekat meant when he eschewed any recognition of Israel as a Jewish nation-state because “I cannot change my narrative.” The “narrative” is that the Jews are an alien intrusion into the Muslim Middle East and eventually must be eliminated by one means or another.

If the Palestinians knew that they’d get less territory for every terror attack or every time they rejected a final peace offer, they would have come to an agreement by now. But instead, lured by the promise of an internationally condemned Israel they seek all they can knowing that only Israel will be blamed for their being no peace.

I’ve often wondered why the borders that led to war are considered the way to bring peace. But not being a diplomat and not having five advanced degrees, I guess I’ll never understand it.

Mr Zee, you’re absolutely right. After the 6 Day War, no one assumed that it made sense to adopt those borders. The Arabs generally and Palestinians specifically have been very successful at changing that topic.

The reason we have “Palestinians” is that when Israel achieved independence, the other Arab countries (for the most part) ethnically cleansed their Jewish population but would not allow Muslims from Israel a home.

The latter don’t want to live in a state with Jews and want the land the Israelis live in now (and have for thousands of years). There is no way for this to end peacefully.

So yes, the Palestinians have to be brought to understand that they aren’t going to get what they want and that continuing with terror, murder, and mayhem will come with a cost.

Probably the best way to pursue peace is for all the aid currently going to the Palestinians to be converted to a specific set of things that would allow them to actually do something productive – farming equipment, construction equipment, etc…and then ended – with the specific notification that there will be no more aid…and that acts of war will be treated as such.

This has been tried before – when Israel gave up Gaza for example – but the fact that the Palestinians know that they’ll get more aid anyway means they don’t care currently.

Long term for the Palestinians to join the modern, civilized world they need to be forced to contribute something of value to it…as opposed to bombs, death, and terror.