It’s not the Occupation, Stupid

It’s not the Occupation, Stupid 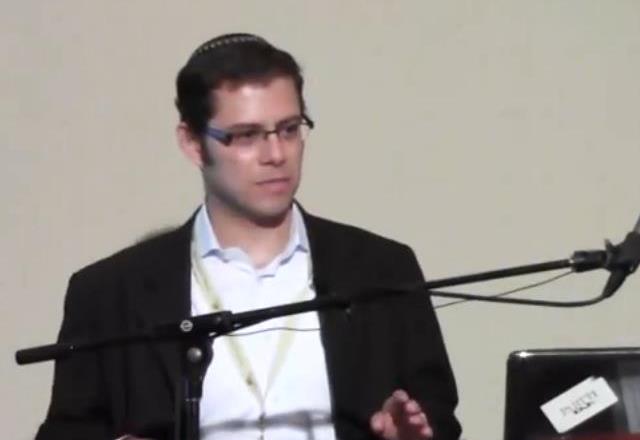 Eugene Kontorovich wrote an important essay for Commentary, Israel, Palestine, and Democracy. Here are three critical paragraphs from the middle of the essay:

The Palestinians have developed an independent, self-regulating government that controls their lives as well as their foreign policy. Indeed, they have accumulated all the trappings of independence and have recently been recognized as an independent state by the United Nations. They have diplomatic relations with almost as many nations as Israel does. They have their own security forces, central bank, top-level Internet domain name, and a foreign policy entirely uncontrolled by Israel.

The Palestinians govern themselves. To anticipate the inevitable comparison, this is not an Israeli-puppet “Bantustan.” From their educational curriculum to their television content to their terrorist pensions, they implement their own policies by their own lights without any subservience to Israel. They pass their own legislation, such as the measure prohibiting real estate transactions with Jews on pain of death. If Israel truly “ruled over” the Palestinians, all these features of their lives would be quite different. Indeed, the Bantustans never won international recognition because they were puppets. “The State of Palestine” just got a nod from the General Assembly because it is not.

Whether the Palestinian self-government amounts to sovereignty is irrelevant and distinct from the question of whether Israel is denying them democracy. Indeed, Israel’s democratic credentials are far stronger than America’s, or Britain’s–the mother of Parliaments. Puerto Rico and other U.S. controlled “territories” do not participate in national elections (and this despite Puerto Rico’s vote last year to end its anomalous status). Nor do British possessions like Gibraltar and the Falklands. These areas have considerable self-rule, but all less than the Palestinians, in that their internal legislation can ultimately be cancelled by Washington or London. The Palestinians are the ultimate masters of their political future–it is they who choose Fatah or Hamas.

In short Prof. Kontorovich argues that the occupation is over. He also points out that despite allowing this to happen Israel has paid a high price.

This has not been costless for Israel. It subjected Israel to an unprecedented campaign of terror–to its citizens incinerated in buses and cafes–coordinated by the Palestinian government during the Oslo war. It legitimized the Palestinians as full-fledged international leaders, vastly facilitating their diplomatic campaign against Israel. And it has made most of the territories a Jew-free zone.

In 1993 the PLO was a terrorist organization, though it was getting more and more international recognition. Finally Israel decided that the PLO would be its peace partner and dropped its longstanding rejection of the PLO’s legitimacy. At that time Yasser Arafat wrote:

The PLO commits itself to the Middle East peace process, and to a peaceful resolution of the conflict between the two sides and declares that all outstanding issues relating to permanent status will be resolved through negotiations.

The PLO considers that the signing of the Declaration of Principles constitutes a historic event, inaugurating a new epoch of peaceful coexistence, free from violence and all other acts which endanger peace and stability. Accordingly, the PLO renounces the use of terrorism and other acts of violence and will assume responsibility over all PLO elements and personnel in order to assure their compliance, prevent violations and discipline violators.

Note the two key elements that Arafat committed to were “negotiations” and “renounc[ing] the use of terror.” As Kontorovich noted, the Palestinian Authority has consistently violated both of these commitments. (Arafat allowed and encouraged, or, at least, turned a blind eye to terror until 2000. But after rejecting a peace offer from then Israeli Prime Minister Ehud Barak, Arafat launched a terror war against Israel. For his part Mahmoud Abbas hasn’t explicitly encouraged terror, though he has openly declared that he would seek international pressure on Israel if he didn’t achieve the results he wanted through negotiation.)

It would have been unthinkable in 1993 for someone to predict that in twenty years that Israel would cede the territory required for the vast majority of Palestinians to have self-government despite the fact that the Palestinians didn’t uphold their end of the deal. Yet this is precisely what did happen and Israel’s critics focus on what hasn’t happened instead of Israel’s incredible forbearance.

That the occupation is over and that the Palestinians are the party that has failed to uphold their part of the bargain from Oslo are two points that are missed by much of the mainstream media. (I don’t mean to pick on the media; this is true of most of academia, the diplomatic corps and even the Obama administration.)

For example, in his latest, Secretary Kerry’s Derring-Do, Thomas Friedman first argues that Kerry will tell the Palestinians that they must settle for less than 100% and then tells Israel that it must make peace or be illegitimate. The inconsistency here is that the Palestinian OUGHT TO make peace but Israel MUST make peace. The onus of making peace is only on Israel. Two paragraphs later Friedman writes:

The truth is, no security arrangement is foolproof. The only thing that might be foolproof is, along with the best security tools, giving Palestinians a state worth their defending and preserving by surprising them with a little trust — exactly the way Nelson Mandela surprised South African whites. What Palestinians do and say matters. But what Israelis do and say also conditions what Palestinians do and say — and vice versa. Up to now, neither this Palestinian leadership nor this Israeli leadership has shown an ounce of “Mandela-ism.” Everything they do to and for each other is grudging and fraught with suspicion, so there is never any sense of surprise. Without some trust breakthrough, I don’t see how a big deal gets done.

It’s ironic. In 1997 Netanyahu withdrew Israel from most of the holy city of Hebron. In other words, he did more for what Friedman would call the peace process than Friedman ever did, but Friedman mocks Netanyahu for not being forthcoming enough.

Furthermore, Friedman won’t acknowledge that there’s a very good reason that Israel’s view of the Palestinians is “fraught with suspicion.” From 1993 to 2000 Israel ceded land and got no closer to peace with the Palestinians and got a terror war for its troubles. In 2000 Israel withdrew from southern Lebanon and saw Hezbollah establish a base there. In 2005 Israel withdrew from Gaza and had Hamas take over. In these three instances when the terror became intolerable Israel struck back and was condemned for defending itself. Not only did Israel learn that it couldn’t trust its enemies; it couldn’t trust the people who said that they’d guarantee the peace! (Friedman compared the “brutality” of Israel’s responses to these very real threats to Hafez Assad’s butchery in Hama. Seth Mandel has elaborated on the dynamic described above.)

At this point it appears that the Palestinians have rejected Kerry’s plan. How is this Israel’s fault?

Once the history and facts that Kontorovich cites are forgotten, Israel is the primary obstacle to peace in the Middle East. This is the view of Thomas Friedman.

The Washington Post’s “World Affairs” blogger, Max Fisher, demonstrates similar ignorance – though not as explicitly. In the sanctimoniously titled, “The divisively unanswerable questions of what it means to be ‘pro-Israel,’” Fisher writes about an event at the 92nd Street Y in New York. (Lori Lowenthal Marcus describes the same event without the sympathy Fisher showed to the moderator.) The event in question was a panel discussion between John Podhoretz, Jeremy Ben Ami and David Harris that was moderated by Jane Eisner. Podhoretz was annoyed at being heckled by the crowd for defending Israel so he left.

In debates about Israel, disagreements that might seem minor on the surface – the “tyranny of small differences,” as one Israel-watcher put it to me – are often something much graver. If you know what to watch for, you can observe somber, serious people like these four panelists talk around underlying issues so sensitive they are rarely addressed or even acknowledged. Issues that are almost always below the surface, but too deep to come out except in moments of the most heated candor, often surprising even the people naming them.

These are questions so difficult, and that cut so close to the core of what it means to be an American supporter of Israel, that even scholars or professionals with decades invested in Israeli issues will hesitate to touch them. But you can hear them, if only hinted at, in arguments like Monday evening’s. Is it good or bad for Israel that more American Jews are questioning Israeli policies? At what point, if ever, should one’s support for Israel be limited by the needs of non-Israelis touched by the conflict? Is a Zionist’s responsibility to guard Israel’s survival, to guard Israel’s interests or merely to concern oneself dispassionately with the issues facing the country?

What Fisher gets wrong is that there are not “small differences” between Podhoretz and Harris on one side and Ben Ami, the founder of J-Street, and Eisner of the Jewish Daily Forward on the other side. The latter two, like Thomas Friedman blame Israel first.

Central to blaming Israel is the belief that “settlements” – the symbol of the “occupation” – are the primary cause of strife in the Middle East. Once upon a time even liberal Democrats rejected such a belief. In 1984, Daniel Patrick Moynihan wrote:

On March 1, 1980 the United Nations Security Council adopted a resolution “rebuking” Israel for maintaining settlements in Arab-claimed territory. The resolution went further; it proclaimed Israel guilty of “flagrant violation” of the Fourth Geneva Convention, thus associating that country with the crimes of Auschwitz. The United States voted in favor of the resolution.

In order to blame Israel, its critics not only feign ignorance of recent history but compound that ignorance by rejecting long held principles.

The “illegal occupation” of the West Bank ended when Jordan withdraw its forces from Israeli territory.