What went wrong, and more

What went wrong, and more 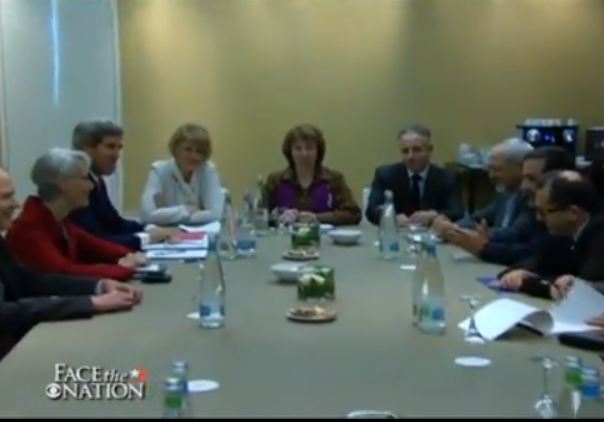 Just a collection of links, for now.

Carl at Israel Matzav has gathered the explanation as to what went wrong in Obama’s Iran deal strategy. Here’s one of the tweets in a series of 9, go to the link for the rest:

Netanyahu was on TV this morning, explaining his point of view:

There’s a Buzzfeed v. Max Blumenthal war brewing. Stacy McCain has details. It all relates to this Buzzfeed post about Blumenthal’s anti-Israel book (details in our prior post). I’m taking sides:

How’s this for a photo? 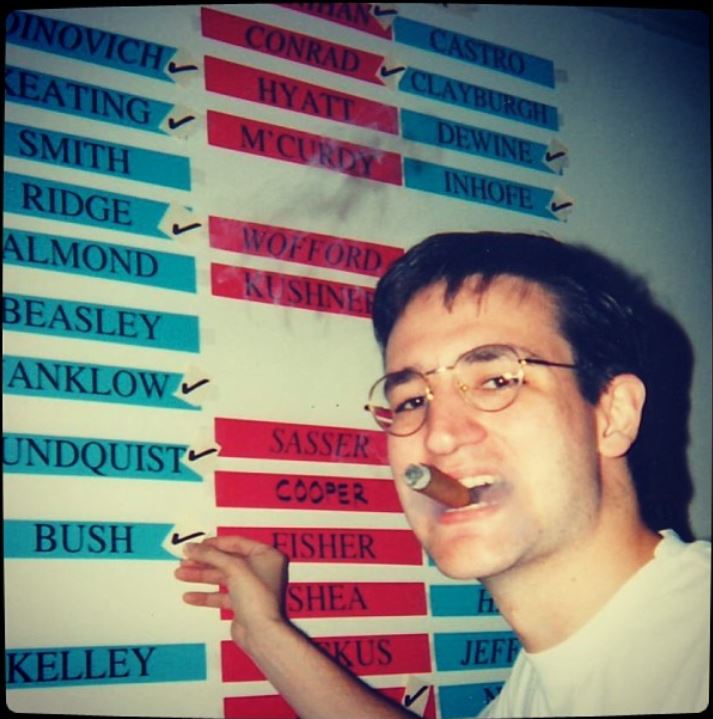 Compared, of course, to this.

Since I don’t read German I can’t confirm this, but it would be nice if true:

@JeffreyGoldberg The translation reads “75 years following the November pogroms nothing and no-one is forgotten”.

This photo has been debunked many times as another Pallywood scam, yet it lives on in the anti-Israeli internet world:

Interviews with more than two dozen alumnae and professors fill in a portrait of Cruz, in Cambridge two decades ago, that would be fully recognizable to those who know him now in Washington. He made a lasting impression as someone both arrogant and pretentious, as well as someone unwilling to yield or compromise.

But he was also universally respected for his intellect, described by friend and foe alike as brilliant but with a hard edge.

Contrast with Obama, who hardly anyone remembers.

I know from personal experience what it means to be a conservative in a supposedly “elite” law school. That is not a posture in which one wins many friends, in the student body or the faculty. Coincidentally, Cruz says that he did not go to Washington to win new friends, which is consistent with his school days, and for which I commend him.
I had the great fortune to work with Cruz on a legal matter. I have never seen a client so immediately and deeply impressed with another attorney as our mutual client was with Ted Cruz.

Ah! So the Socialists at Cambridge didn’t care for him though they had no choice but to respect his intellect. Socialists don’t much like Conservatives, do they.

They’re describing a young Cruz. I have to believe that he has probably mellowed with age.

I hope he hasn’t.

If he was unyielding, in their view, it meant he knew what he believed and would stand up for it against all comers. It meant they could not seduce him to their side because he knew and believed he was right; therefore, they thought him “arrogant and pretentious”. After all, who the hell was he to reject the vile seductions of Marxism?

Huckabee’s radio show begins with the tag line “More conversation, less confrontation.” Which is a losing strategy for dealing with the malignant leftists who call themselves “Democrats.”

President Obama’s claim that Iran is disposed toward ending its nuclear standoff because of a legal pronouncement by its leader may be a hoax, according to a Middle East research group.

Some critics warn that Iran’s offer to hold talks over its nuclear program is a ruse, to stall for time while it finishes up the fuel enrichment process for an atomic bomb. Others say Iran is also hoping to halt attempts by Congress to strengthen U.S. economic sanctions.

But President Obama welcomed Iranian President Hasan Rouhani’s promise not to seek nuclear weapons and told reporters the negotiation offer was worth pursuing.

“I do believe that there is a basis for a resolution (because) Iran’s supreme leader has issued a fatwa against the development of nuclear weapons,” Obama told reporters.

But a Washington-based Middle East research group says there is no evidence such an edict exists.

“An exhaustive search of the various official websites of Iranian Supreme Leader Ali Khamenei turned up no such fatwa, either on his fatwa website or on his personal website,” according to the Middle East Media Research Institute, which tracks and translates news and official reports from the region.

MEMRI says the fatwa was first mentioned by Sirius Naseri, an Iranian representative to a meeting of the U.N.’s nuclear agency in 2005. It was later mentioned in 2012, in an opinion piece in The Washington Post by Iran’s then-foreign minister, Ali Akbar Salehi, and in Iran’s Mehr news agency by the head of Iran’s judiciary, Ayatollah Sadeq Amoli Larijani.

But MEMRI says it appears the Iranians were not telling the truth, according to its president, Yigal Carmon.

“It’s a whole campaign,” Carmon said. “They cannot deliver anything real, so they deliver a story about the fatwa but they don’t really have it.”

A failed attempt to stick a feather in his cap and take the minds of Americans off the Obamacare debacle. This is what happens when you piss off your allies and they want to stick it back in your face at the worst possible moment.

Obama’s Foreign Policy is not stupid, it’s criminal. He might as well declare the USA as a Muslem nation.

Some nut at CAIR already did that. All that remains is to fly either the green or the black flag above the White House.

He already did. He said that if you consider the number of Muslims in the population, the U.S. could be called one of the largest Muslim nations in the world — which is idiotic, but he did say that he found math “frustrating.”

He also claimed, on another occasion, that we do not consider ourselves a Christian nation.

What went wrong was the 2012 election when Americans foolishly re-elected Barack Hussein Obama in some vain belief that to do so proved them to be just and free of the taint of racism. All it proved is that the people electing him were morons.

Now, the nation is stuck with Obama’s depredations, at home and abroad as he makes common cause with Muslims and other anti-Americans.

Perhaps, the right lesson will come out of this: one should love one’s country more than one wishes to avoid some label applied for the purpose of shaming one.

Have you seen this Obama pic?

Check out the Idi Amin poster in the background.

Whose pipe is he blowing? Double entendre intended.

Obama keeps looking like an idiotic amateur because that is exactly what he is.

There is nothing in this man’s life which offers any evidence to any other conclusion. A President of Harvard Law Review who never publishes a signed article? And never publishes in 14 years as “ConLaw lecturer” either?

There is nothing I’ve seen which in any way disproves the notion that everything Obama has achieved has been with help. He’s earned nothing on his own, and is not any sort of superior intellect.

Oh, he’s glib and talks a nice patter with a deep voice, but there are plenty of street con artists who are just as skilled at that and we don’t consider them geniuses, either.

Yes, they hoped to steamroll the allies with the old sales trick of “the fail accompli” – a signed contract for a figure not yet agreed, or a cashier’s check for a low offer are hard to turn down if they are anywhere close to acceptable.

But Obama’s notorious reluctance to build relationships with other leaders and maintain diplomatic engagement with them comes home to roost again. And his evident weakness means the normal clout of a US President is gone for all intents and purposes.

In a way, it’s a good thing, as in stopping a bad deal like this one. But it’s going to be a long three years with the lame duck and his egregious executive orders.

Sometimes I believe you have more guts than a high diver. You have so much to lose and yet it never seems to affect your thinking. Thank you.