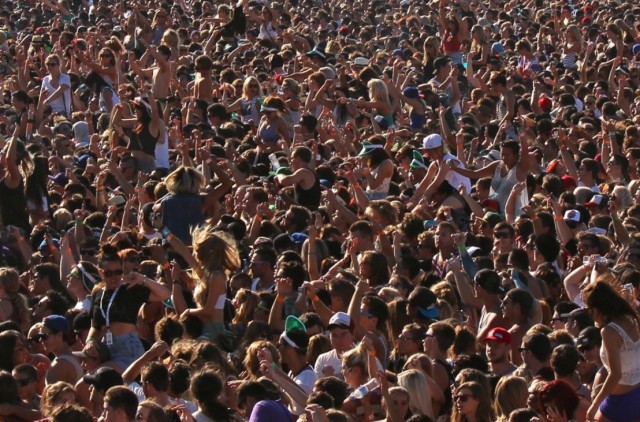 Last week, White House press secretary Jay Carney admitted that Obamacare would force around 15 million people –  5% of the US population – to drop their current insurance. This number doesn’t seem like a big deal to him, however:

That number is close to some other estimates for the individual market, but does not include people whose employers drop coverage, multiplying that number several fold.

But how many people is 15 million? Is it really such a small number, something we shouldn’t care about?

Let’s put it in perspective, and visualize 15 million people:

1. The combined population of 13 states 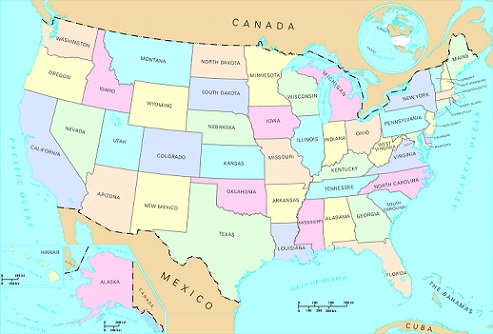 And more than all of the New England states!

2. Nearly 5 million more than all students in 4-year colleges 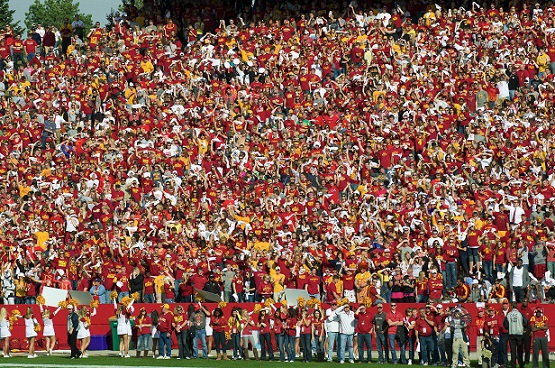 10.3 million students were enrolled in four-year colleges in 2012 according to the Census Bureau.  That’s 4.7 million students less than the number of people Carney predicts will lose their current insurance!

3. The combined populations of Greece and Ireland 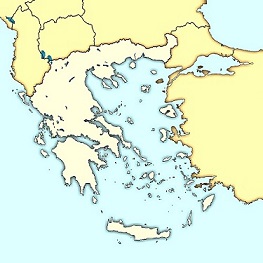 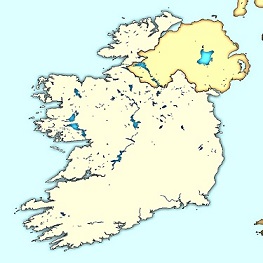 Combine the population of Greece and Ireland, and you’re close to the same number of people who will have to drop their current health insurance.

And more than the individual populations of these countries: Belgium, Czech Republic, Portugal, Hungary, Sweden, and many more.

4. More than 3 times the number of food and beverage workers 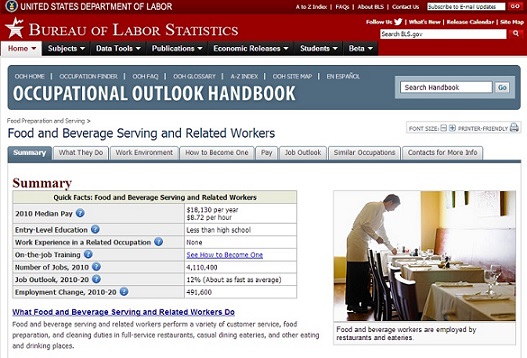 According to the Bureau of Labor Statistics, the number of jobs in 2010 relating to Food and Beverage Serving was 4,110,400. Multiply this number by three and you’re still at less than the number of people who the Obama administration admits will lose their health care.

5. Twice the number of people in the world who died from heart disease in 2011 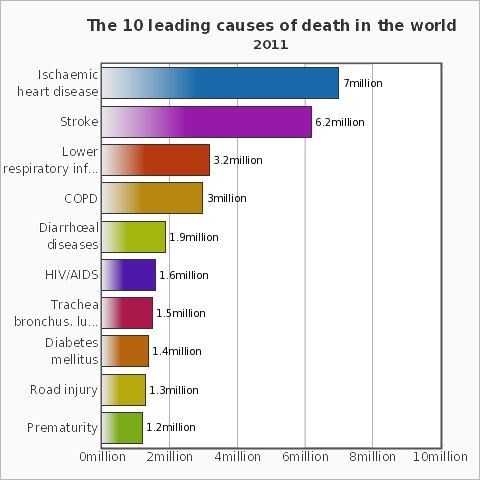 The World Health Organization reports that ischaemic heart disease was the leading cause of death in 7 million people in 2011. That’s less than half of the people who will have to drop their current health insurance.  Throw in people who died from strokes, and you’re still not at 15 million.

It seems like 15 million people is rather a large number, after all!

You’ve seen this movie before.

Right. But if even 1 person is offended by the name Redskins . . . .
On the other hand, who caused us to be so upset about 6 million jews?

Hey, the science on the Jews was settled…

ALLLLLL the doktors were in consensus.

Given another term or so by decree, shucks Little Lord’not-my- fault’Leroy could come up to a fella’ by the name of Jughashvili numbers.

We changed the entire system and screwed everything up supposedly for those with preexisting conditions that couldn’t be insured (which is only 100,000 people), ie a problem that was vastly overstated. That’s 1/50th of the people that just lost their insurance.

Was it true that the impetus for this legislation was the alleged fact that five percent of the population was uninsured?

Remember, the GOP’s official policy now, according to John Boehner, is to say nothing about any of this.

With apologies to Yakov Smirnoff:

“In America, you get health care.
In Washington DC, health care gets you!”

You left out the only one that concerns the White House:

If you were worried about privacy on the healthcare exchanges, you can now worry about fraud …

The main purpose of the anti-kickback law, as described by federal courts in scores of Medicare cases, is to protect patients and taxpayers against the undue influence of money on medical decisions.

If 5% is a “small” number, then we should be able to cut 5% of the Federal Budget without a problem, right? Not reduce the rate of increased spending by 5%, CUT the budget by 5%. It’s a small fraction of the total budget.

It’s 5% now. Next year 2014 – group plans are going to be hit and the business exemption will run out. Estimates are that another 20% to 35% will lose their plans.

Someone should ask her if Obamacare will prohibit insurers from making similar policy changes going forward.

You missed the key point: ANY change in the policy cancels the grandfathering. A $5 decrease in premiums or co-pays will cause it to be deemed “sub-standard.”

An honest answer from her would be that all existing private plans are “sub-standard,” but if the law canceled all plans at once, they’d never get it passed. They had to grandfather some, but they also got to dictate the terms of grandfathering.

Money has everything to do with it – just not the way you think. Money going to a private plan is money not going to support ACA/Medicaid plans. They need to get people enrolled in (read: “paying for”) ACA/Medicaid plans to help pay for everyone else.

Right. Because those 15 million are all middle-class Americans, and most of them voted Republican.

5 million – the difference between Barack Obama and Mitt Romney in the 2012 election.

When the time comes for the Obamacare autopsy, I think they should let Dr. Ben Carson perform it.

I keep hearing the same arguments being put forward:

1) People are losing their “substandard” insurance for “better” insurance. Excuse me? You paternalistic elitest turd – who are you to tell me that I’m too stupid to find a good plan!?

2) If it’s great – why are all those who are well connected paying HUGE sums of money in campaign contributions to be exempted – as well as our gov’t elite!?

3) So – now, because the federal gov’t would not ALLOW citizens to buy across state lines, instead of the 2-5 choices we had in companies, we’ll get ONE choice. Because a lack of choice and a lack of competition is …. better!? — OR — maybe 150 choices from all the states companies, now having to compete, would lower costs? So – is it really about affordable care, or about power and control?

4) So – ONLY 12-16 **MILLION** people are going to lose their health insurance!? And that’s the “cost of doing business”!? You elitest scumbags.

When we had this debate and people were trying to generate empathy for the uninsured, it was often touted that 20-30 Million were uninsured. This 15 million now LOSING insurance, however is being minimized. Jay Carney said “Only 5% of Americans are losing their ‘substandard’ healthcare.”

5) **Key Point** All this could be solved in 24 hours by executive directive : The individual insurance debacle is due to REGULATORY guidance. Pres. Obama is in charge of the regulators. All he has to do is tell them to erase that regulation or rewrite it and [b]by the end of the week [/b] this problem would go away.

But, it’s not really a “problem” is it? [b]Without all those folks, proven to be able to pay already, now without insurance, and forced to go to the exchange, and now pay into that system – Obamacare wouldn’t be funded and wouldn’t work[/b].

Well, golly and, gee, and whiz – it’s almost like it’s by design.

And they did it staggered – first the smaller #, to watch the public’s reaction and if they could contain the spin and outcry, and in 2 years, with the employer mandate, with 30-60 million more PROVEN PAYERS, who clealry can pay, have money, and want insurance, now being forced into a system that was created with the idea that it would be funded by healthy paying people joining.

The levels of hypocrisy, elitism, deceit, and and hubris being displayed ….. and they call themselves our servants!?

RE: your point #1:
Yes, because I’m a man whose insurance was woefully inadequate before it was required that my mammograms, maternity care, and future hysterectomy were covered. Thank you, Obama, for showing me the error of my flawed thinking. [/sarcasm]

RE: point #3:
We’ll now get ONE choice … which is based in Washington, DC, i.e. across state lines unless you already live there. We are now required to do something we were told we couldn’t do.

RE: point #5:
Fully agreed. He already issued an order that the employer mandate be delayed a year – an order he had absolutely zero authority to issue – to keep it from falling apart. By the time that comes around, the ACA will be too entrenched to repeal/remove easily. He could delay the individual mandate just as quickly, but then people would ignore the law and refuse to sign up, which would also cause the ponzi scheme to fall apart.

It’s not “glitchy.” It’s not “misunderstood.” It’s not “ill-conceived” or “badly written.” It is designed to fail, destroy a significant portion of the U.S. economy, and completely gut the middle class. None of the “problems” with the ACA are “bugs;” every single one is a “feature.”

The comparison I’ve been using is “Nearly the entire population of New York State” (which factually is around 19 million).

Jay Carney may be willing to disregard 15-16 million people (estimates vary), but comparing it to a highly urban, densely populated state causes some people to blink.

Plus, the intentional use of a deep-blue state has a more profound psychological impact on “Progressives.”

Nice, but the real pain comes when the cancellations hit the employer provided market next year.

Obama admin’s own estimate is 93 Million cancellations. Forbes and other outside estimates all figure at least 130 million.

I think those might be a wee bit high though: their based on comparing the ‘grandfather’ regulations to current policy coverage, but neglect one big thing: all policies under ‘collective bargaining’ agreements are automatically grandfathered regardless of coverage. Unions got an exemption, in the text of Obamacare itself (ie not as an HHS regulation).